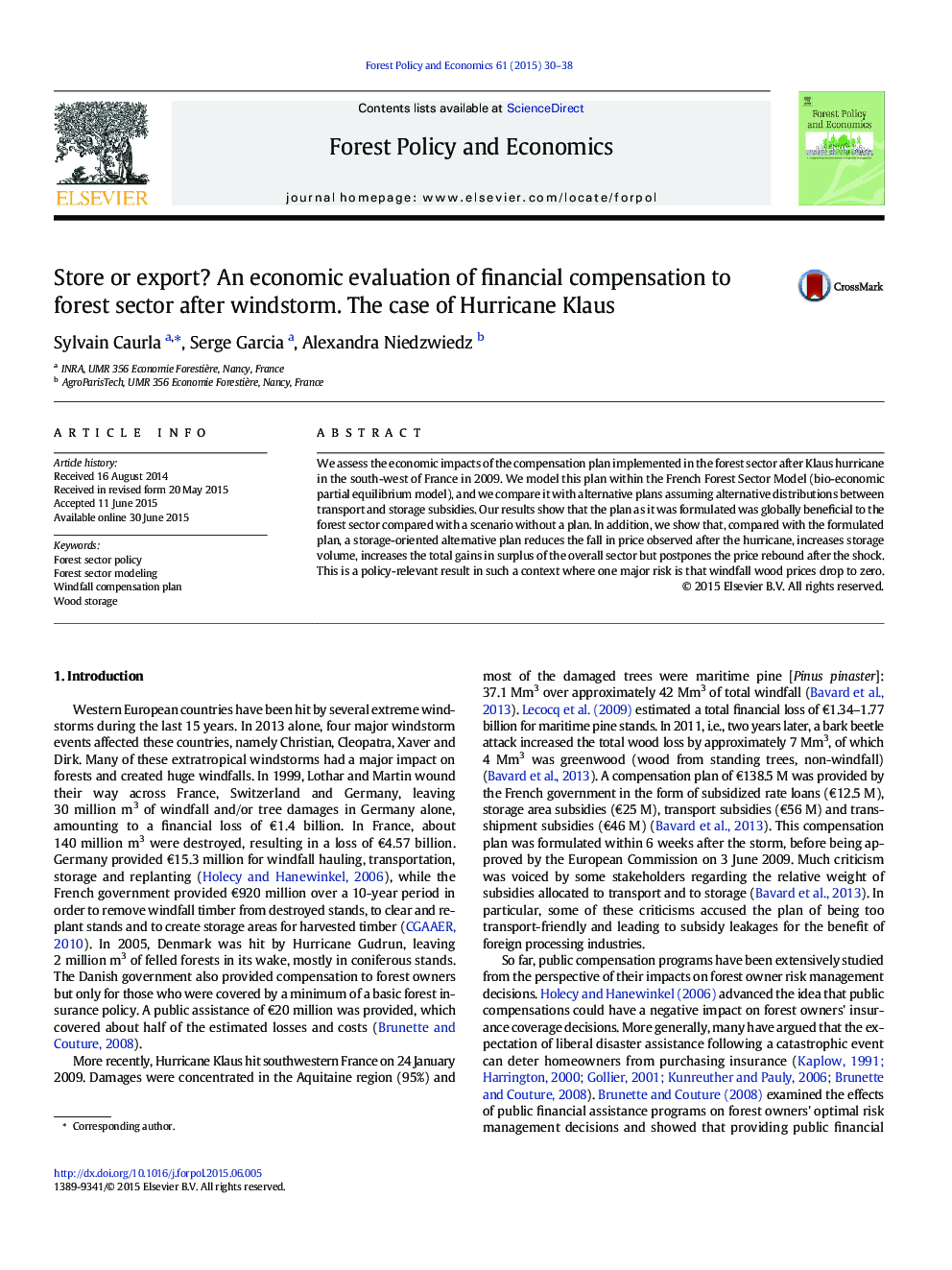 • We assessed the economic impacts of the financial compensation plan implemented within the forest sector after Klaus hurricane in south-west of France in 2009.
• To do that we used a bio-economic partial equilibrium framework.
• We show that reallocating part of transport subsidies to storage would limit the fall in price during the first years.In addition, it would also increase the total gain in surplus for the French forest sector

We assess the economic impacts of the compensation plan implemented in the forest sector after Klaus hurricane in the south-west of France in 2009. We model this plan within the French Forest Sector Model (bio-economic partial equilibrium model), and we compare it with alternative plans assuming alternative distributions between transport and storage subsidies. Our results show that the plan as it was formulated was globally beneficial to the forest sector compared with a scenario without a plan. In addition, we show that, compared with the formulated plan, a storage-oriented alternative plan reduces the fall in price observed after the hurricane, increases storage volume, increases the total gains in surplus of the overall sector but postpones the price rebound after the shock. This is a policy-relevant result in such a context where one major risk is that windfall wood prices drop to zero.