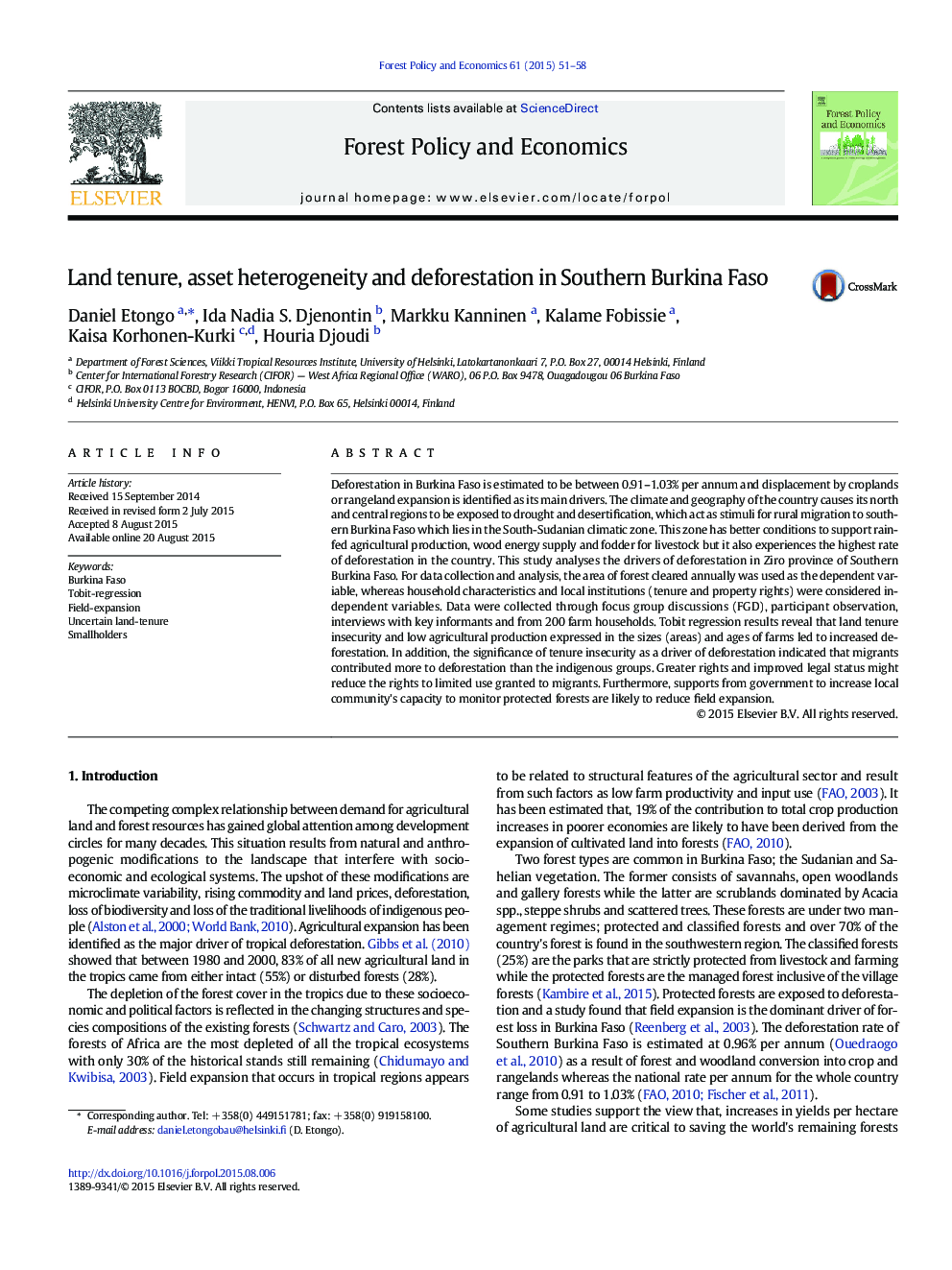 Deforestation in Burkina Faso is estimated to be between 0.91–1.03% per annum and displacement by croplands or rangeland expansion is identified as its main drivers. The climate and geography of the country causes its north and central regions to be exposed to drought and desertification, which act as stimuli for rural migration to southern Burkina Faso which lies in the South-Sudanian climatic zone. This zone has better conditions to support rain-fed agricultural production, wood energy supply and fodder for livestock but it also experiences the highest rate of deforestation in the country. This study analyses the drivers of deforestation in Ziro province of Southern Burkina Faso. For data collection and analysis, the area of forest cleared annually was used as the dependent variable, whereas household characteristics and local institutions (tenure and property rights) were considered independent variables. Data were collected through focus group discussions (FGD), participant observation, interviews with key informants and from 200 farm households. Tobit regression results reveal that land tenure insecurity and low agricultural production expressed in the sizes (areas) and ages of farms led to increased deforestation. In addition, the significance of tenure insecurity as a driver of deforestation indicated that migrants contributed more to deforestation than the indigenous groups. Greater rights and improved legal status might reduce the rights to limited use granted to migrants. Furthermore, supports from government to increase local community's capacity to monitor protected forests are likely to reduce field expansion.