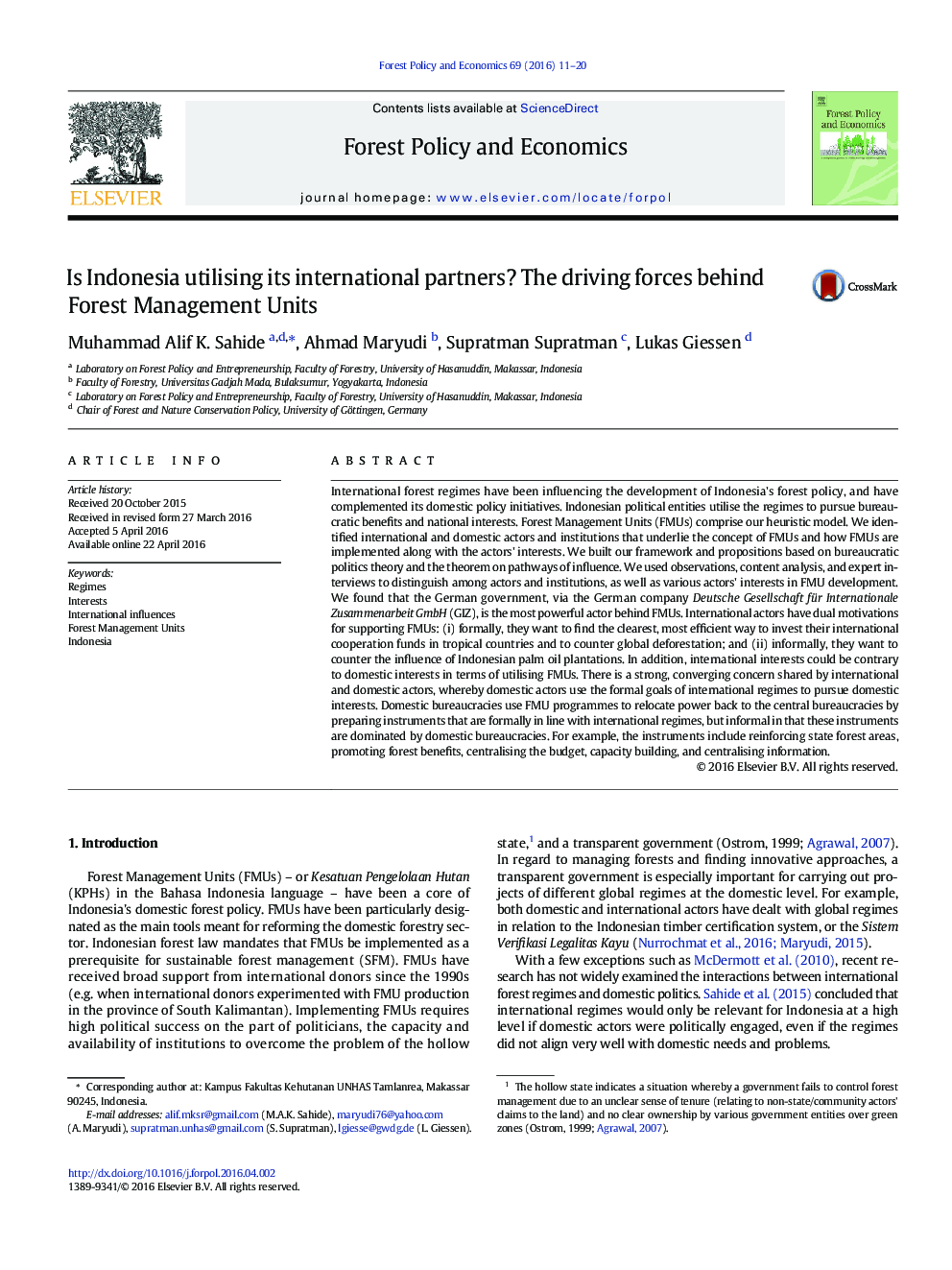 • We identified actors and institutions underlying FMUs and how they are implemented.
• We analysed the interests of domestic and international actors in relation to FMUs.
• This study explores how international regimes influence domestic policy.

International forest regimes have been influencing the development of Indonesia's forest policy, and have complemented its domestic policy initiatives. Indonesian political entities utilise the regimes to pursue bureaucratic benefits and national interests. Forest Management Units (FMUs) comprise our heuristic model. We identified international and domestic actors and institutions that underlie the concept of FMUs and how FMUs are implemented along with the actors' interests. We built our framework and propositions based on bureaucratic politics theory and the theorem on pathways of influence. We used observations, content analysis, and expert interviews to distinguish among actors and institutions, as well as various actors' interests in FMU development. We found that the German government, via the German company Deutsche Gesellschaft für Internationale Zusammenarbeit GmbH (GIZ), is the most powerful actor behind FMUs. International actors have dual motivations for supporting FMUs: (i) formally, they want to find the clearest, most efficient way to invest their international cooperation funds in tropical countries and to counter global deforestation; and (ii) informally, they want to counter the influence of Indonesian palm oil plantations. In addition, international interests could be contrary to domestic interests in terms of utilising FMUs. There is a strong, converging concern shared by international and domestic actors, whereby domestic actors use the formal goals of international regimes to pursue domestic interests. Domestic bureaucracies use FMU programmes to relocate power back to the central bureaucracies by preparing instruments that are formally in line with international regimes, but informal in that these instruments are dominated by domestic bureaucracies. For example, the instruments include reinforcing state forest areas, promoting forest benefits, centralising the budget, capacity building, and centralising information.