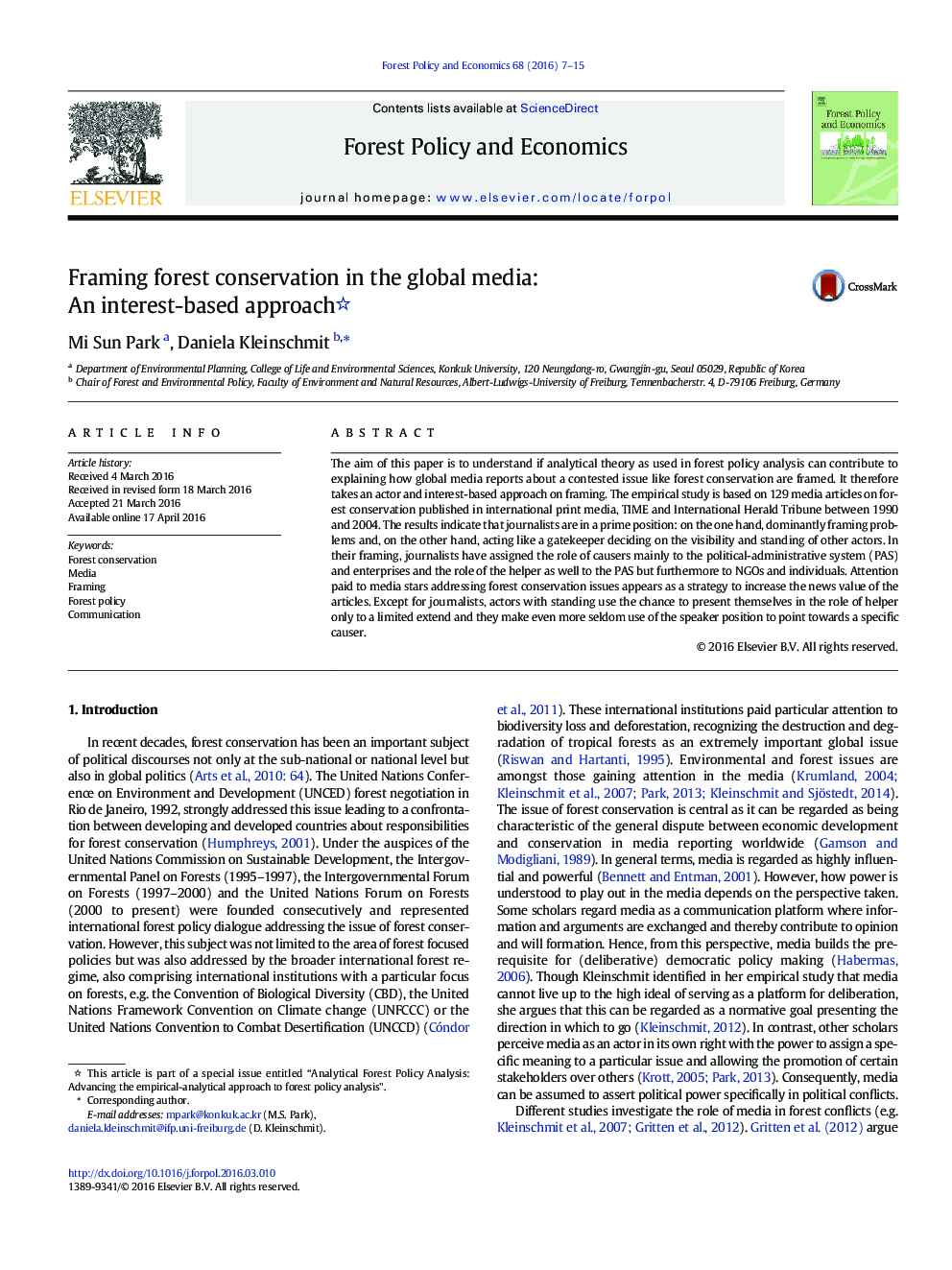 • Journalists have a prime position in framing problems and standing of other actors.
• Journalists have assigned the role of causers and helpers mainly to the political administrative system.
• Apart from journalist, actors in global media reporting use the position as a speaker seldon to point towards a specific causer.

The aim of this paper is to understand if analytical theory as used in forest policy analysis can contribute to explaining how global media reports about a contested issue like forest conservation are framed. It therefore takes an actor and interest-based approach on framing. The empirical study is based on 129 media articles on forest conservation published in international print media, TIME and International Herald Tribune between 1990 and 2004. The results indicate that journalists are in a prime position: on the one hand, dominantly framing problems and, on the other hand, acting like a gatekeeper deciding on the visibility and standing of other actors. In their framing, journalists have assigned the role of causers mainly to the political-administrative system (PAS) and enterprises and the role of the helper as well to the PAS but furthermore to NGOs and individuals. Attention paid to media stars addressing forest conservation issues appears as a strategy to increase the news value of the articles. Except for journalists, actors with standing use the chance to present themselves in the role of helper only to a limited extend and they make even more seldom use of the speaker position to point towards a specific causer.