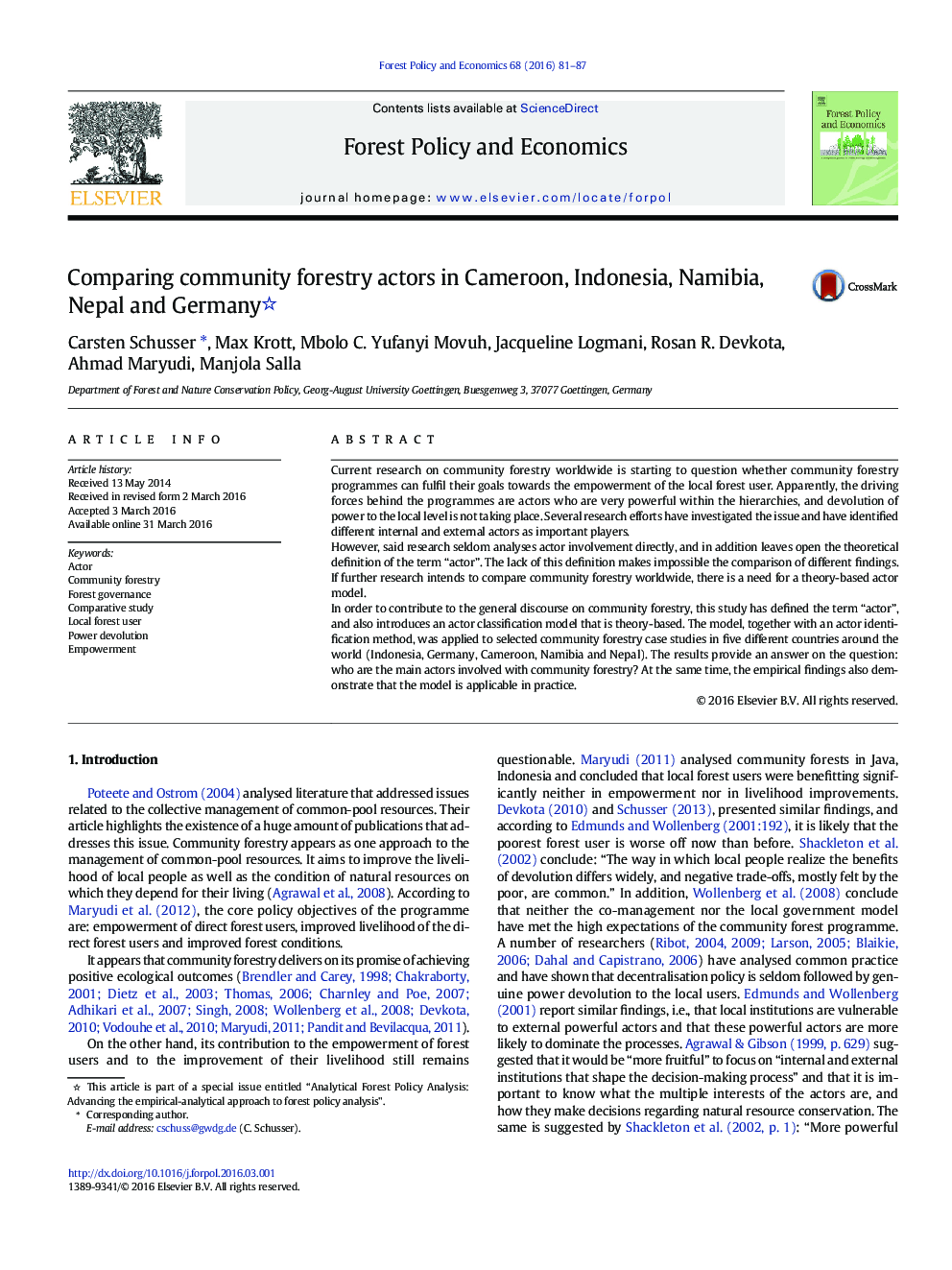 • The article discusses, based on community forestry the term actor and introduce a theoretically based definition. An actor classification model is presented. The model is used to compare 57 community forests case studies, conducted in 5 different countries. The results are discussed in conjunction with the existing scientific literature.
• The forest administration and the forest user group representatives are identified as an involved actor in all cases. The model shows which actors are involved and the differences between the actors involved in the researched countries.
• The results demonstrate that the theory-based actor definition and classification is applicable in practice.

Current research on community forestry worldwide is starting to question whether community forestry programmes can fulfil their goals towards the empowerment of the local forest user. Apparently, the driving forces behind the programmes are actors who are very powerful within the hierarchies, and devolution of power to the local level is not taking place. Several research efforts have investigated the issue and have identified different internal and external actors as important players.However, said research seldom analyses actor involvement directly, and in addition leaves open the theoretical definition of the term “actor”. The lack of this definition makes impossible the comparison of different findings. If further research intends to compare community forestry worldwide, there is a need for a theory-based actor model.In order to contribute to the general discourse on community forestry, this study has defined the term “actor”, and also introduces an actor classification model that is theory-based. The model, together with an actor identification method, was applied to selected community forestry case studies in five different countries around the world (Indonesia, Germany, Cameroon, Namibia and Nepal). The results provide an answer on the question: who are the main actors involved with community forestry? At the same time, the empirical findings also demonstrate that the model is applicable in practice.