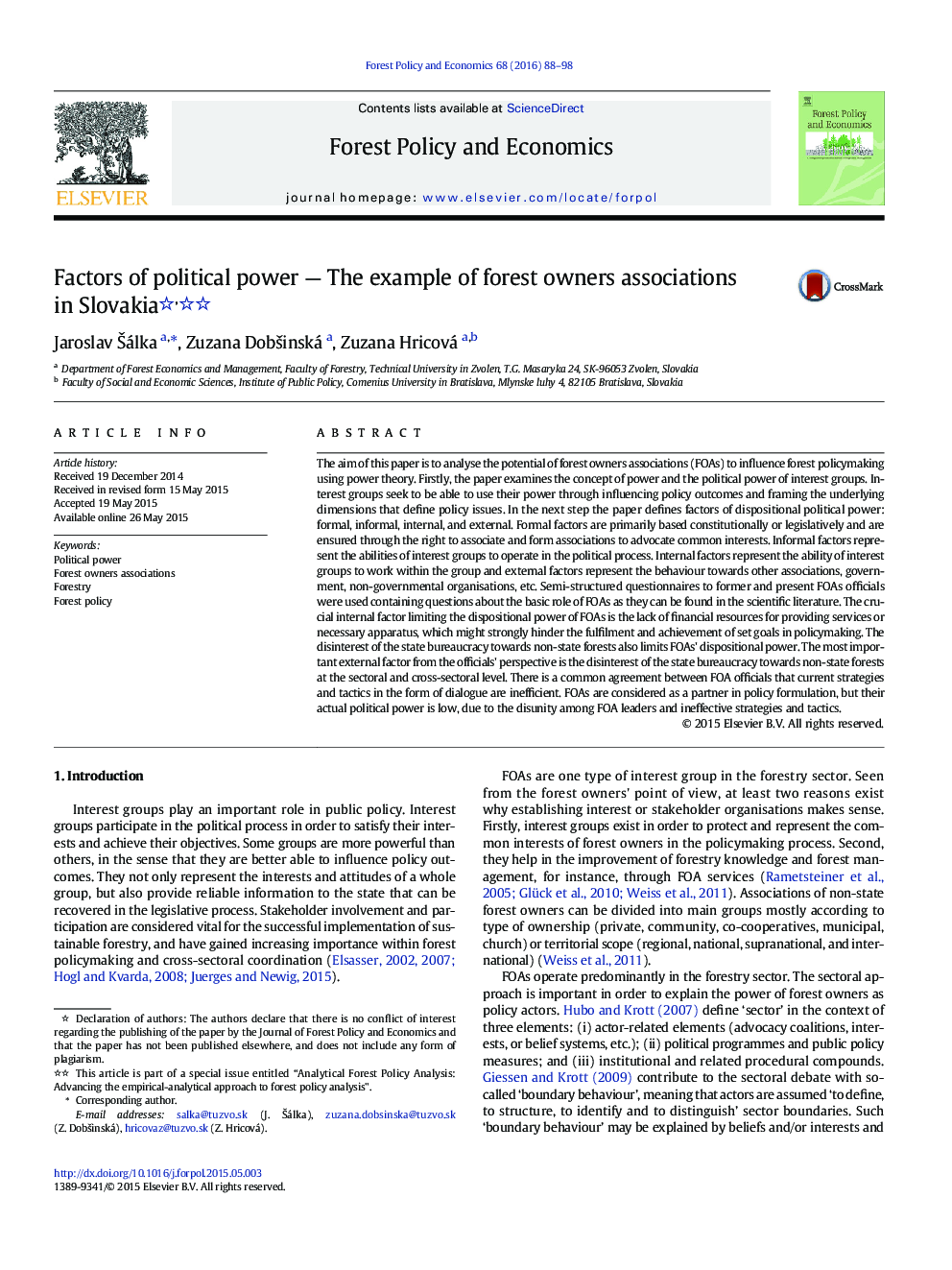 The aim of this paper is to analyse the potential of forest owners associations (FOAs) to influence forest policymaking using power theory. Firstly, the paper examines the concept of power and the political power of interest groups. Interest groups seek to be able to use their power through influencing policy outcomes and framing the underlying dimensions that define policy issues. In the next step the paper defines factors of dispositional political power: formal, informal, internal, and external. Formal factors are primarily based constitutionally or legislatively and are ensured through the right to associate and form associations to advocate common interests. Informal factors represent the abilities of interest groups to operate in the political process. Internal factors represent the ability of interest groups to work within the group and external factors represent the behaviour towards other associations, government, non-governmental organisations, etc. Semi-structured questionnaires to former and present FOAs officials were used containing questions about the basic role of FOAs as they can be found in the scientific literature. The crucial internal factor limiting the dispositional power of FOAs is the lack of financial resources for providing services or necessary apparatus, which might strongly hinder the fulfilment and achievement of set goals in policymaking. The disinterest of the state bureaucracy towards non-state forests also limits FOAs' dispositional power. The most important external factor from the officials' perspective is the disinterest of the state bureaucracy towards non-state forests at the sectoral and cross-sectoral level. There is a common agreement between FOA officials that current strategies and tactics in the form of dialogue are inefficient. FOAs are considered as a partner in policy formulation, but their actual political power is low, due to the disunity among FOA leaders and ineffective strategies and tactics.