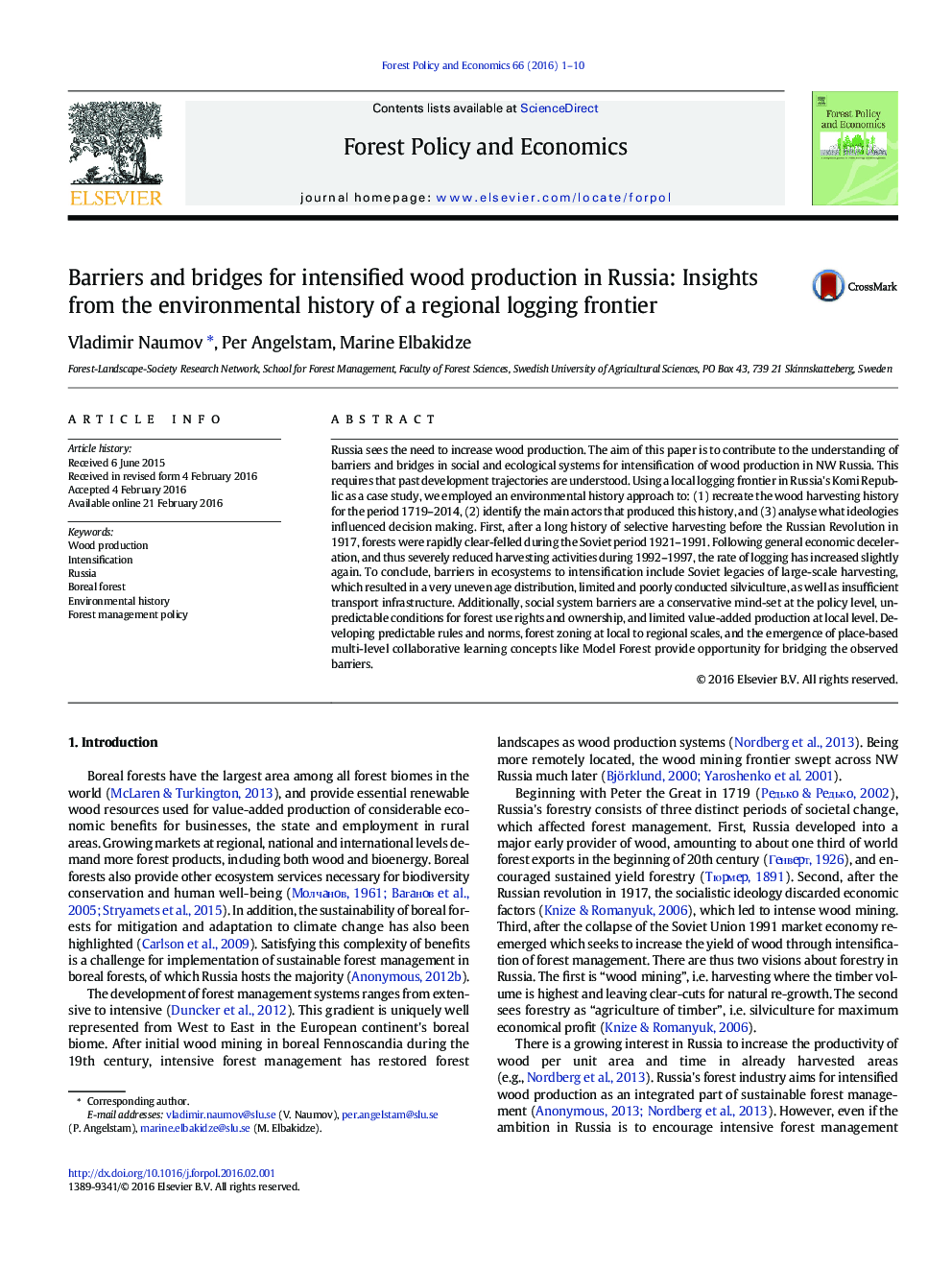 Russia sees the need to increase wood production. The aim of this paper is to contribute to the understanding of barriers and bridges in social and ecological systems for intensification of wood production in NW Russia. This requires that past development trajectories are understood. Using a local logging frontier in Russia's Komi Republic as a case study, we employed an environmental history approach to: (1) recreate the wood harvesting history for the period 1719–2014, (2) identify the main actors that produced this history, and (3) analyse what ideologies influenced decision making. First, after a long history of selective harvesting before the Russian Revolution in 1917, forests were rapidly clear-felled during the Soviet period 1921–1991. Following general economic deceleration, and thus severely reduced harvesting activities during 1992–1997, the rate of logging has increased slightly again. To conclude, barriers in ecosystems to intensification include Soviet legacies of large-scale harvesting, which resulted in a very uneven age distribution, limited and poorly conducted silviculture, as well as insufficient transport infrastructure. Additionally, social system barriers are a conservative mind-set at the policy level, unpredictable conditions for forest use rights and ownership, and limited value-added production at local level. Developing predictable rules and norms, forest zoning at local to regional scales, and the emergence of place-based multi-level collaborative learning concepts like Model Forest provide opportunity for bridging the observed barriers.