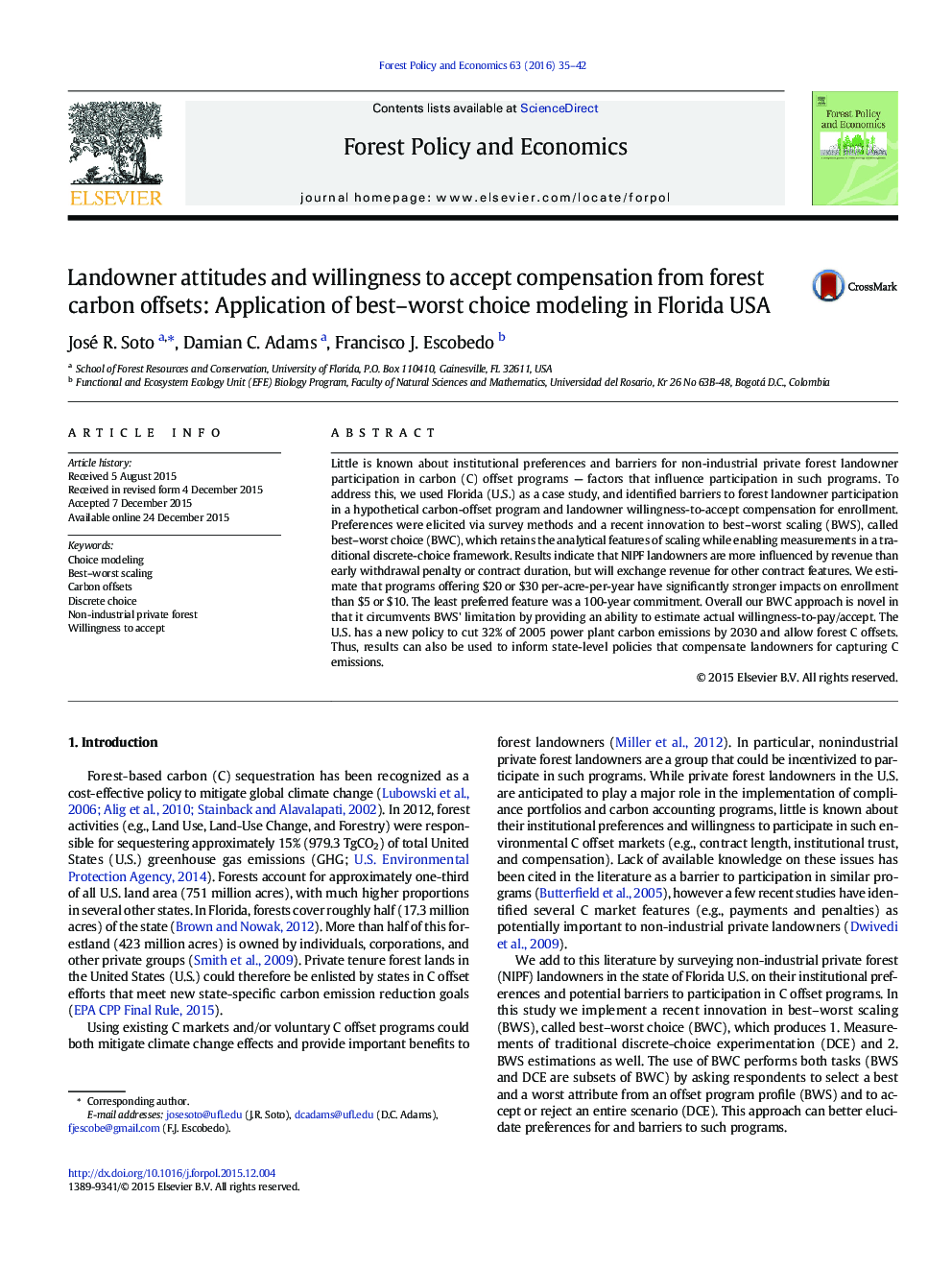 • Survey of forest landowners to assess preferences toward carbon offsets programs
• Used best–worst choice, which measures both importance and willingness to accept
• Landowners are more influenced by revenue than penalty for withdrawal or duration
• Results can inform policies that compensate landowners for capturing C emissions

Little is known about institutional preferences and barriers for non-industrial private forest landowner participation in carbon (C) offset programs — factors that influence participation in such programs. To address this, we used Florida (U.S.) as a case study, and identified barriers to forest landowner participation in a hypothetical carbon-offset program and landowner willingness-to-accept compensation for enrollment. Preferences were elicited via survey methods and a recent innovation to best–worst scaling (BWS), called best–worst choice (BWC), which retains the analytical features of scaling while enabling measurements in a traditional discrete-choice framework. Results indicate that NIPF landowners are more influenced by revenue than early withdrawal penalty or contract duration, but will exchange revenue for other contract features. We estimate that programs offering $20 or $30 per-acre-per-year have significantly stronger impacts on enrollment than $5 or $10. The least preferred feature was a 100-year commitment. Overall our BWC approach is novel in that it circumvents BWS' limitation by providing an ability to estimate actual willingness-to-pay/accept. The U.S. has a new policy to cut 32% of 2005 power plant carbon emissions by 2030 and allow forest C offsets. Thus, results can also be used to inform state-level policies that compensate landowners for capturing C emissions.