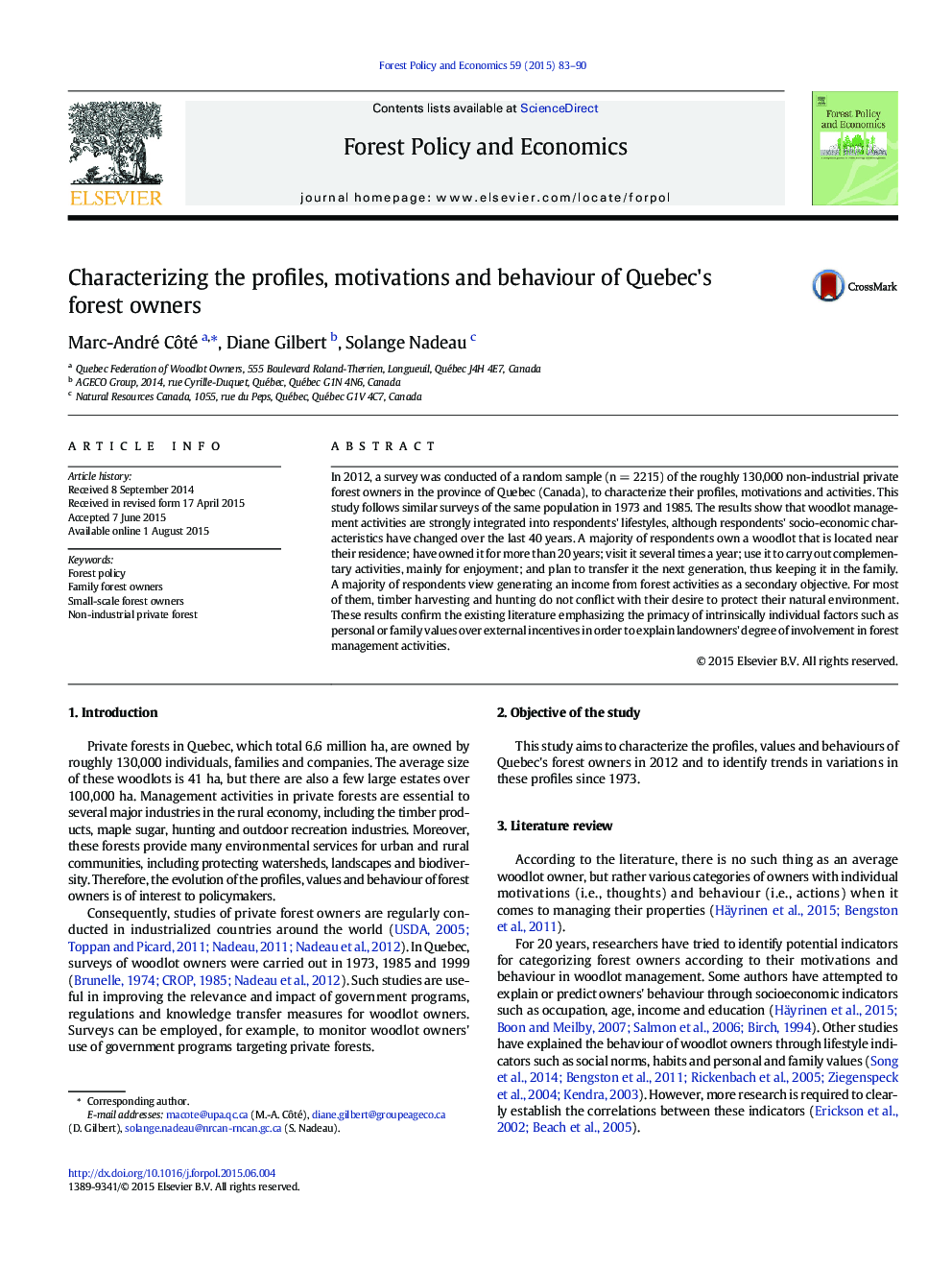 • In Quebec, management activities are still strongly integrated into forest owners' lifestyles, despite the increasing divergence in their profiles.
• The way woodlots are passed on to the next generation may explain the preservation of values from one generation of forest owners to the next.
• This suggests that personal values appear to be more relevant than financial incentives in explaining landowners’ behaviour.

In 2012, a survey was conducted of a random sample (n = 2215) of the roughly 130,000 non-industrial private forest owners in the province of Quebec (Canada), to characterize their profiles, motivations and activities. This study follows similar surveys of the same population in 1973 and 1985. The results show that woodlot management activities are strongly integrated into respondents' lifestyles, although respondents' socio-economic characteristics have changed over the last 40 years. A majority of respondents own a woodlot that is located near their residence; have owned it for more than 20 years; visit it several times a year; use it to carry out complementary activities, mainly for enjoyment; and plan to transfer it the next generation, thus keeping it in the family. A majority of respondents view generating an income from forest activities as a secondary objective. For most of them, timber harvesting and hunting do not conflict with their desire to protect their natural environment. These results confirm the existing literature emphasizing the primacy of intrinsically individual factors such as personal or family values over external incentives in order to explain landowners' degree of involvement in forest management activities.