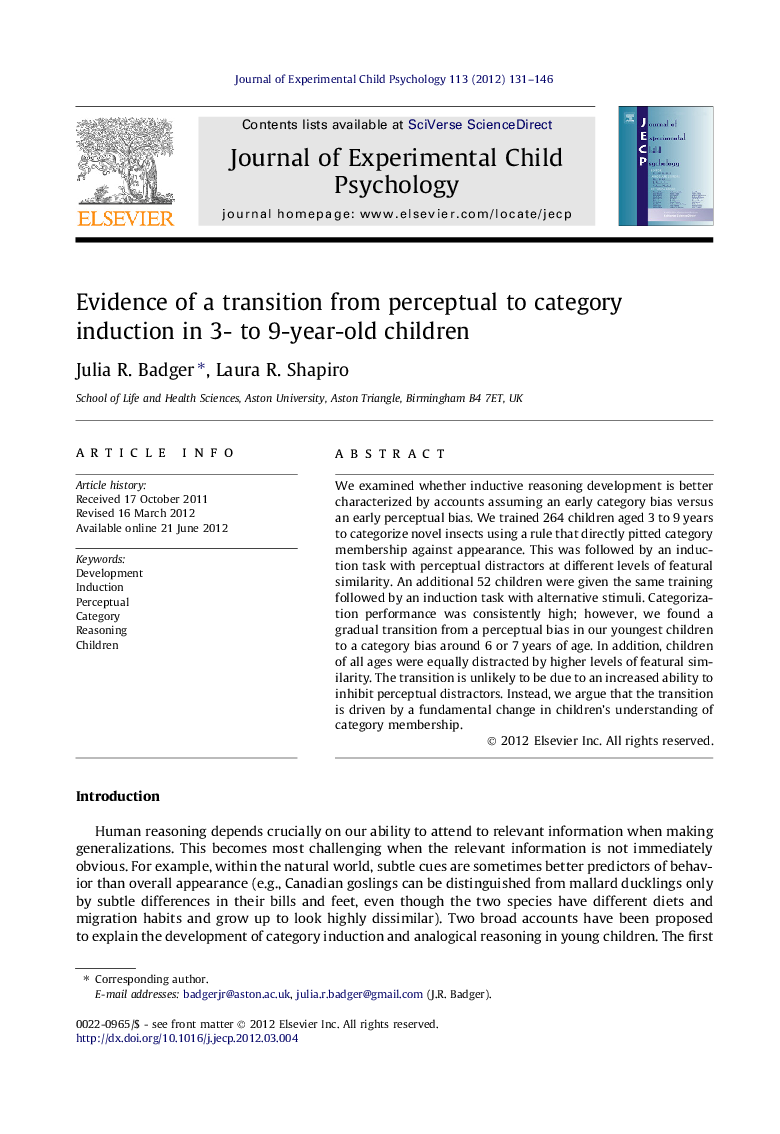 We examined whether inductive reasoning development is better characterized by accounts assuming an early category bias versus an early perceptual bias. We trained 264 children aged 3 to 9 years to categorize novel insects using a rule that directly pitted category membership against appearance. This was followed by an induction task with perceptual distractors at different levels of featural similarity. An additional 52 children were given the same training followed by an induction task with alternative stimuli. Categorization performance was consistently high; however, we found a gradual transition from a perceptual bias in our youngest children to a category bias around 6 or 7 years of age. In addition, children of all ages were equally distracted by higher levels of featural similarity. The transition is unlikely to be due to an increased ability to inhibit perceptual distractors. Instead, we argue that the transition is driven by a fundamental change in children’s understanding of category membership.