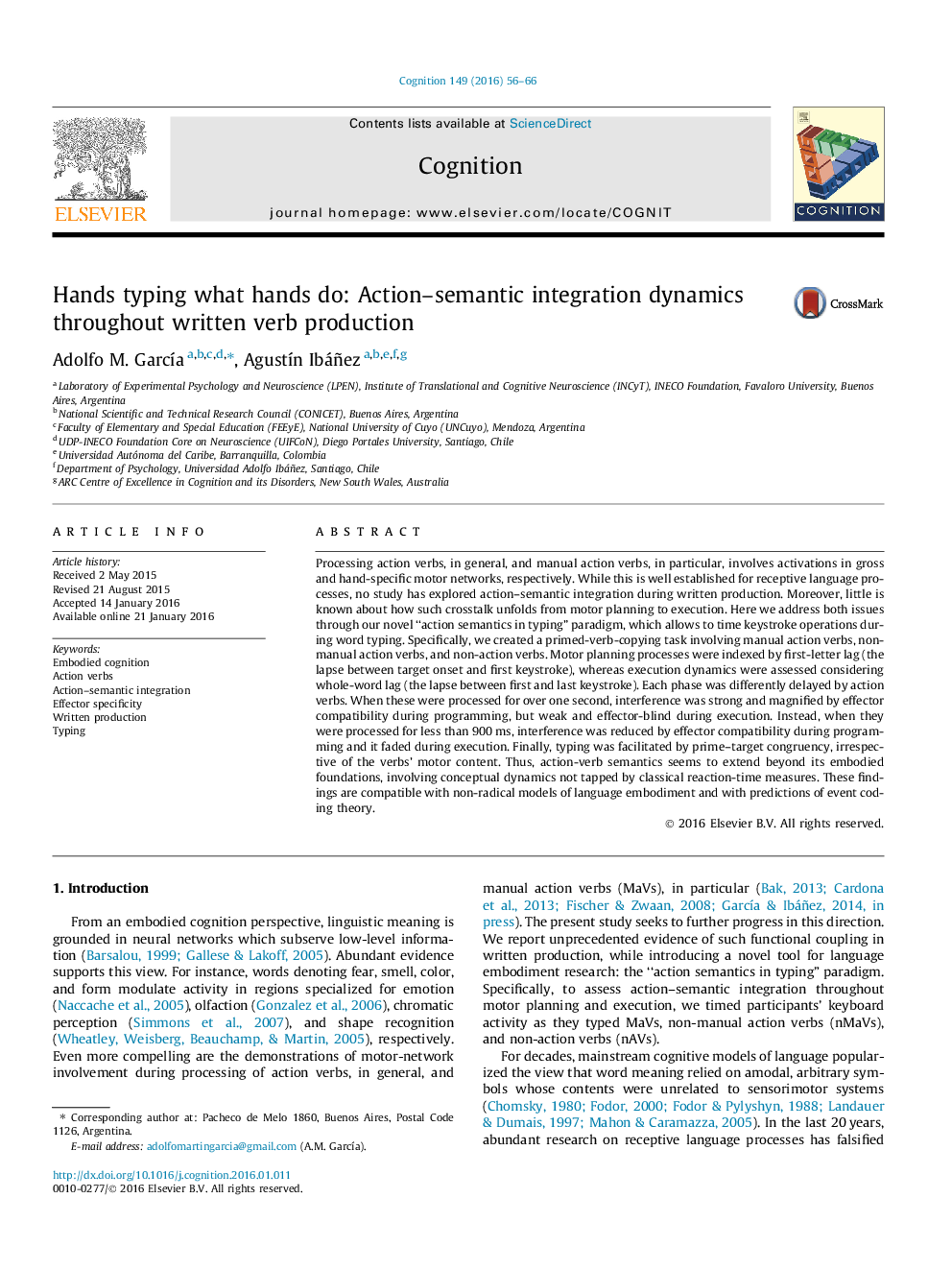 Processing action verbs, in general, and manual action verbs, in particular, involves activations in gross and hand-specific motor networks, respectively. While this is well established for receptive language processes, no study has explored action–semantic integration during written production. Moreover, little is known about how such crosstalk unfolds from motor planning to execution. Here we address both issues through our novel “action semantics in typing” paradigm, which allows to time keystroke operations during word typing. Specifically, we created a primed-verb-copying task involving manual action verbs, non-manual action verbs, and non-action verbs. Motor planning processes were indexed by first-letter lag (the lapse between target onset and first keystroke), whereas execution dynamics were assessed considering whole-word lag (the lapse between first and last keystroke). Each phase was differently delayed by action verbs. When these were processed for over one second, interference was strong and magnified by effector compatibility during programming, but weak and effector-blind during execution. Instead, when they were processed for less than 900 ms, interference was reduced by effector compatibility during programming and it faded during execution. Finally, typing was facilitated by prime–target congruency, irrespective of the verbs’ motor content. Thus, action-verb semantics seems to extend beyond its embodied foundations, involving conceptual dynamics not tapped by classical reaction-time measures. These findings are compatible with non-radical models of language embodiment and with predictions of event coding theory.