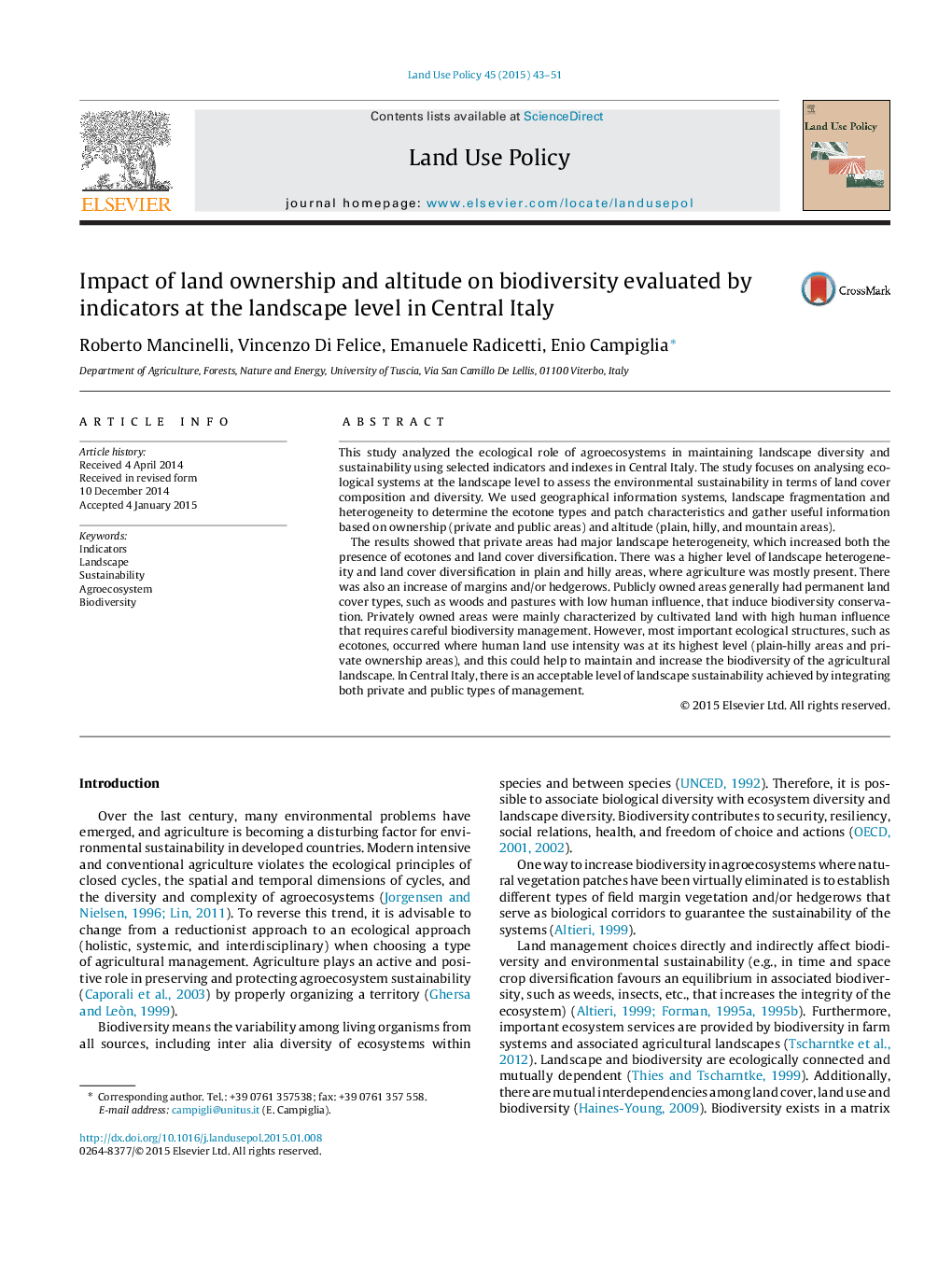 • Landscape biodiversity was evaluated based on ownership and altitude using indicators.
• Indicators were elaborated from data coming by remote sensing images and cartography.
• Agriculture caused a high level of fragmentation of the original landscape.
• Plains and hills showed a higher level of heterogeneity than mountain area.
• Public provides habitat conservation, while private improves agroecosystem diversity.

This study analyzed the ecological role of agroecosystems in maintaining landscape diversity and sustainability using selected indicators and indexes in Central Italy. The study focuses on analysing ecological systems at the landscape level to assess the environmental sustainability in terms of land cover composition and diversity. We used geographical information systems, landscape fragmentation and heterogeneity to determine the ecotone types and patch characteristics and gather useful information based on ownership (private and public areas) and altitude (plain, hilly, and mountain areas).The results showed that private areas had major landscape heterogeneity, which increased both the presence of ecotones and land cover diversification. There was a higher level of landscape heterogeneity and land cover diversification in plain and hilly areas, where agriculture was mostly present. There was also an increase of margins and/or hedgerows. Publicly owned areas generally had permanent land cover types, such as woods and pastures with low human influence, that induce biodiversity conservation. Privately owned areas were mainly characterized by cultivated land with high human influence that requires careful biodiversity management. However, most important ecological structures, such as ecotones, occurred where human land use intensity was at its highest level (plain-hilly areas and private ownership areas), and this could help to maintain and increase the biodiversity of the agricultural landscape. In Central Italy, there is an acceptable level of landscape sustainability achieved by integrating both private and public types of management.