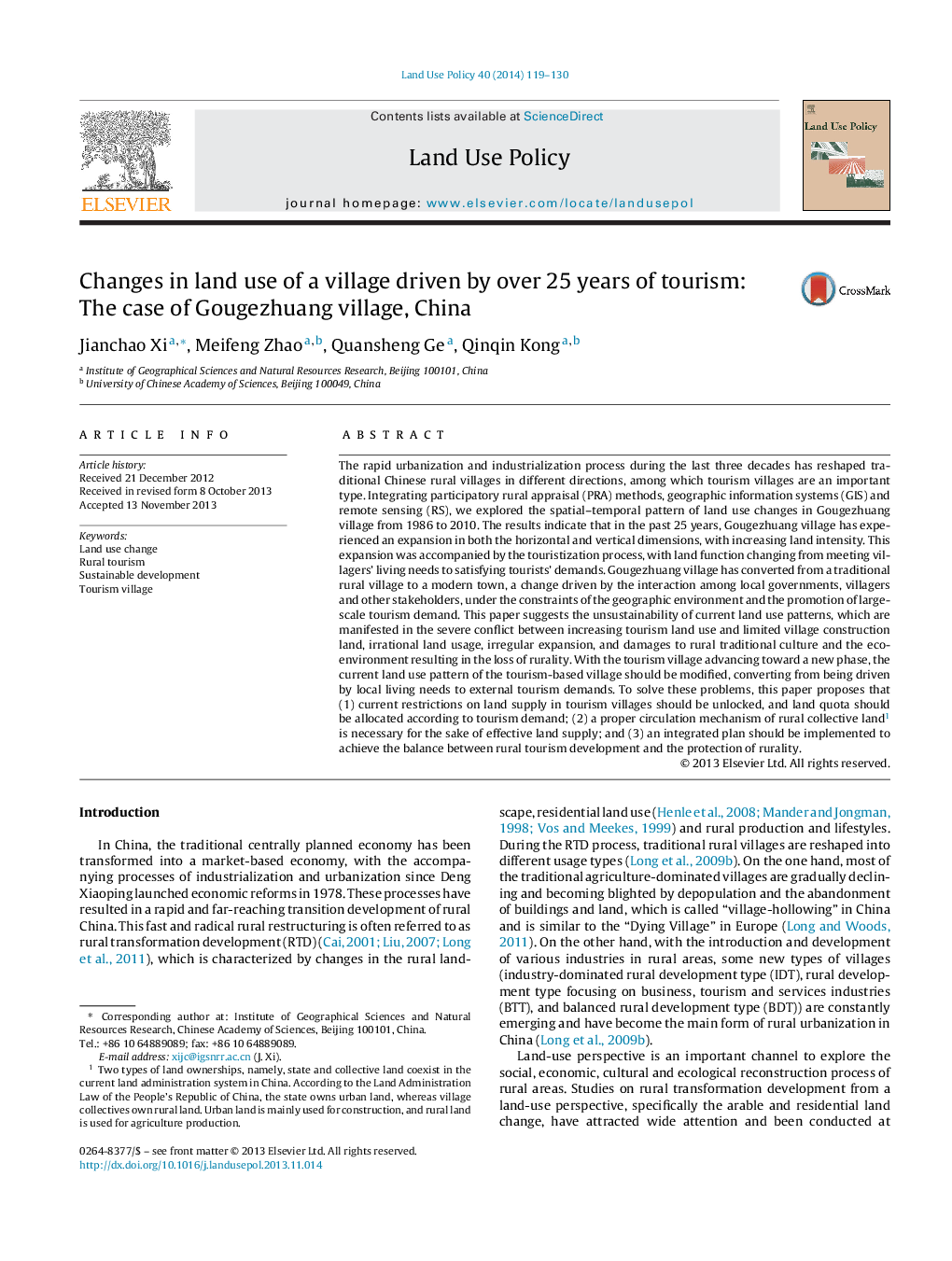 • Examine the process and driving mechanism of land use evolution in a tourism village during the rapid rural urbanization in China.
• Sum up the basic law and trend of tourist village in this process.
• Provide some policy implications for the sustainable development of tourism villages in China.

The rapid urbanization and industrialization process during the last three decades has reshaped traditional Chinese rural villages in different directions, among which tourism villages are an important type. Integrating participatory rural appraisal (PRA) methods, geographic information systems (GIS) and remote sensing (RS), we explored the spatial–temporal pattern of land use changes in Gougezhuang village from 1986 to 2010. The results indicate that in the past 25 years, Gougezhuang village has experienced an expansion in both the horizontal and vertical dimensions, with increasing land intensity. This expansion was accompanied by the touristization process, with land function changing from meeting villagers’ living needs to satisfying tourists’ demands. Gougezhuang village has converted from a traditional rural village to a modern town, a change driven by the interaction among local governments, villagers and other stakeholders, under the constraints of the geographic environment and the promotion of large-scale tourism demand. This paper suggests the unsustainability of current land use patterns, which are manifested in the severe conflict between increasing tourism land use and limited village construction land, irrational land usage, irregular expansion, and damages to rural traditional culture and the eco-environment resulting in the loss of rurality. With the tourism village advancing toward a new phase, the current land use pattern of the tourism-based village should be modified, converting from being driven by local living needs to external tourism demands. To solve these problems, this paper proposes that (1) current restrictions on land supply in tourism villages should be unlocked, and land quota should be allocated according to tourism demand; (2) a proper circulation mechanism of rural collective land1 is necessary for the sake of effective land supply; and (3) an integrated plan should be implemented to achieve the balance between rural tourism development and the protection of rurality.