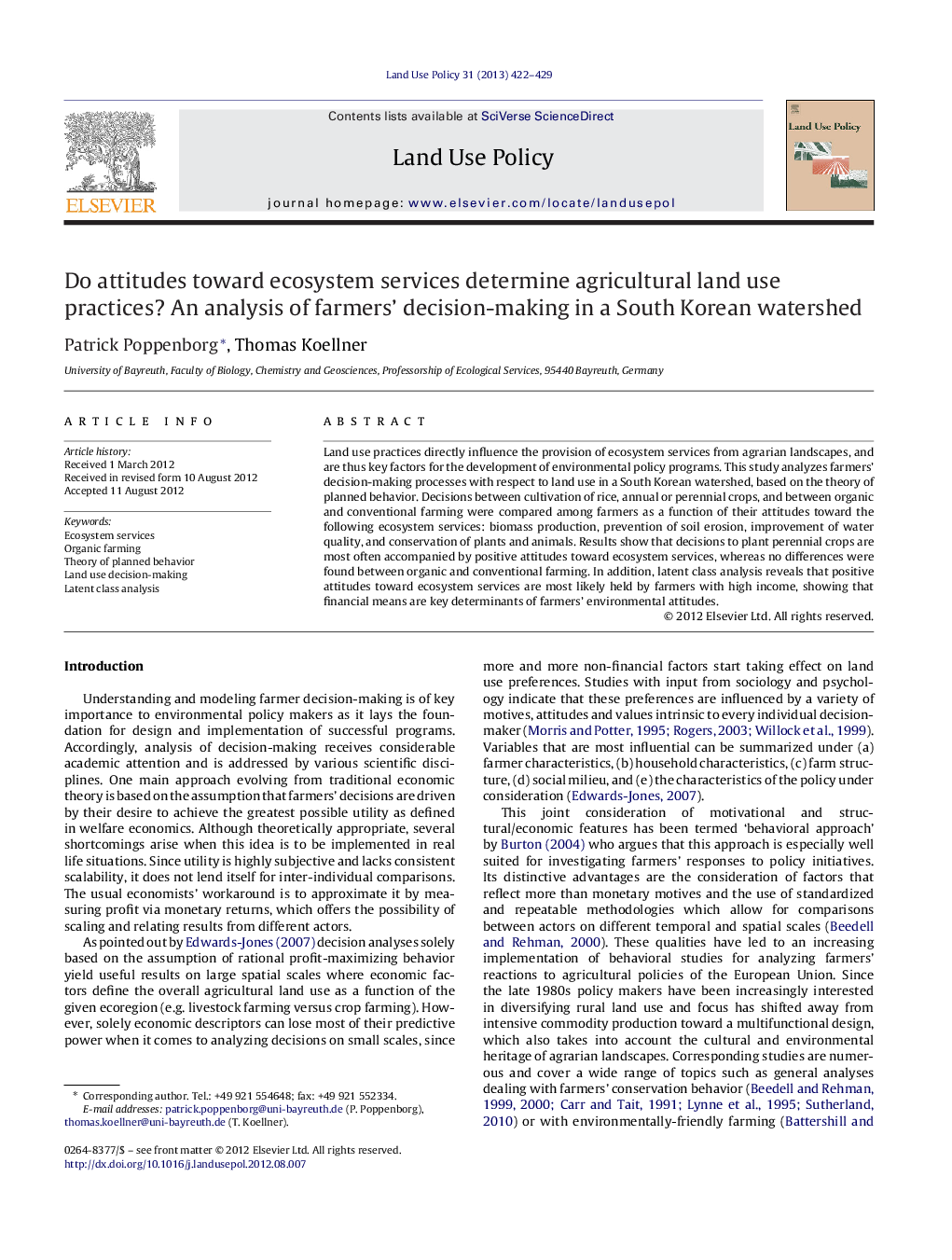 Land use practices directly influence the provision of ecosystem services from agrarian landscapes, and are thus key factors for the development of environmental policy programs. This study analyzes farmers’ decision-making processes with respect to land use in a South Korean watershed, based on the theory of planned behavior. Decisions between cultivation of rice, annual or perennial crops, and between organic and conventional farming were compared among farmers as a function of their attitudes toward the following ecosystem services: biomass production, prevention of soil erosion, improvement of water quality, and conservation of plants and animals. Results show that decisions to plant perennial crops are most often accompanied by positive attitudes toward ecosystem services, whereas no differences were found between organic and conventional farming. In addition, latent class analysis reveals that positive attitudes toward ecosystem services are most likely held by farmers with high income, showing that financial means are key determinants of farmers’ environmental attitudes.