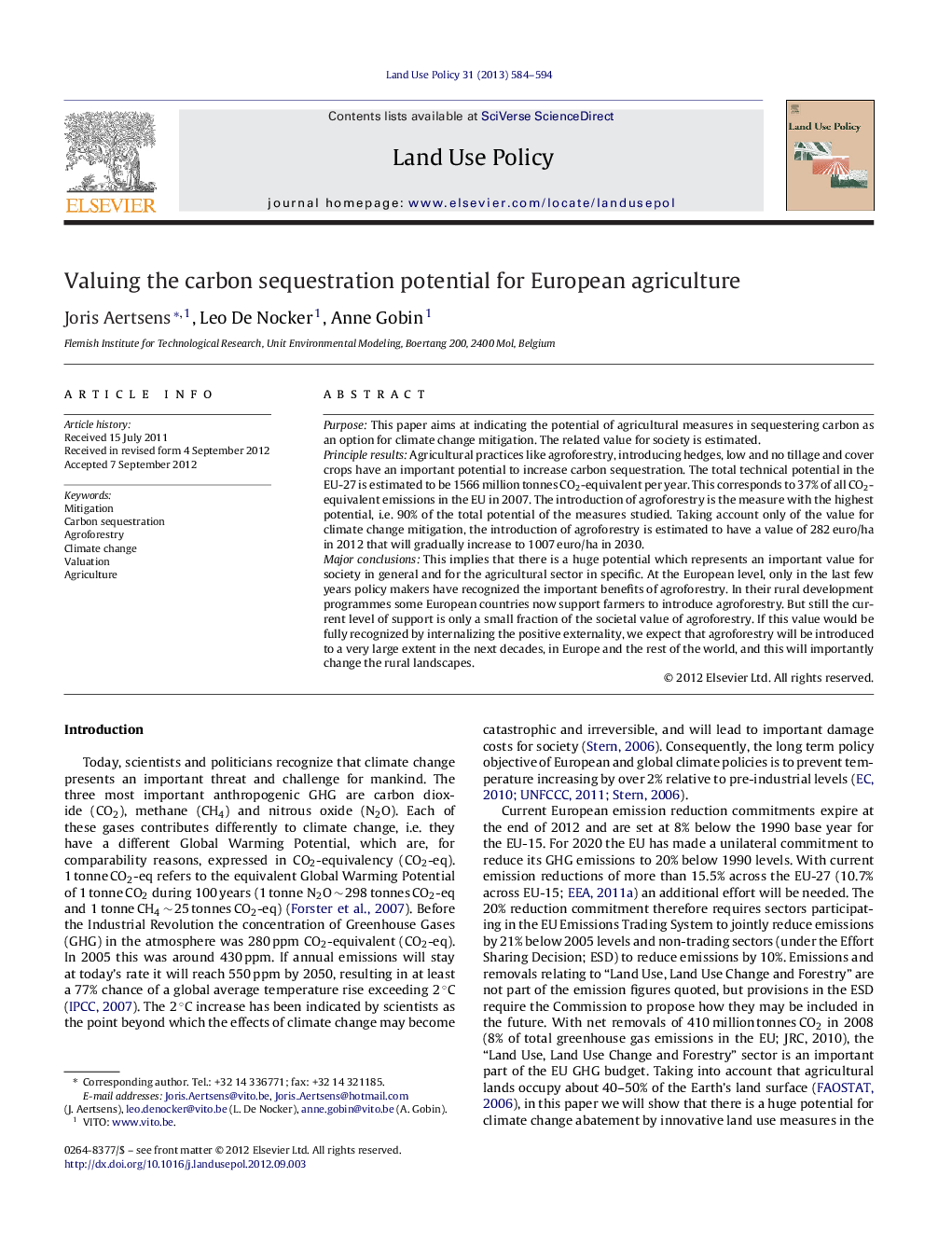 PurposeThis paper aims at indicating the potential of agricultural measures in sequestering carbon as an option for climate change mitigation. The related value for society is estimated.Principle resultsAgricultural practices like agroforestry, introducing hedges, low and no tillage and cover crops have an important potential to increase carbon sequestration. The total technical potential in the EU-27 is estimated to be 1566 million tonnes CO2-equivalent per year. This corresponds to 37% of all CO2-equivalent emissions in the EU in 2007. The introduction of agroforestry is the measure with the highest potential, i.e. 90% of the total potential of the measures studied. Taking account only of the value for climate change mitigation, the introduction of agroforestry is estimated to have a value of 282 euro/ha in 2012 that will gradually increase to 1007 euro/ha in 2030.Major conclusionsThis implies that there is a huge potential which represents an important value for society in general and for the agricultural sector in specific. At the European level, only in the last few years policy makers have recognized the important benefits of agroforestry. In their rural development programmes some European countries now support farmers to introduce agroforestry. But still the current level of support is only a small fraction of the societal value of agroforestry. If this value would be fully recognized by internalizing the positive externality, we expect that agroforestry will be introduced to a very large extent in the next decades, in Europe and the rest of the world, and this will importantly change the rural landscapes.

► The technical potential to sequester carbon on agricultural land is huge.
► Agroforestry is the measure with the highest potential.
► Its value for reducing climate change is estimated to 282 euro/ha in 2012.
► This value is estimated to increase strongly, up to 1007 euro/ha in 2030.
► Agroforestry is expected to importantly gain ground. This will change the landscape.