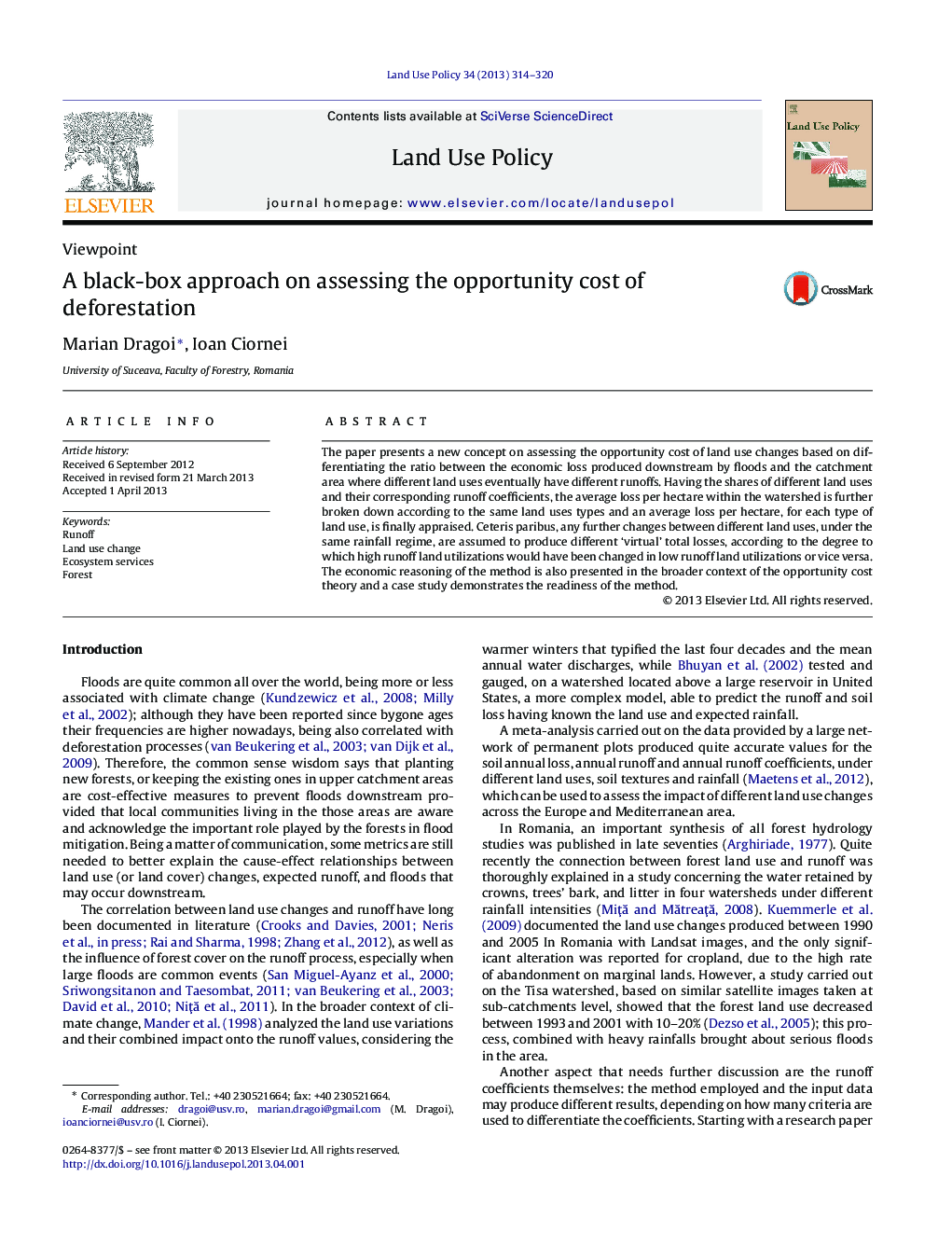 • Floods downstream depend on land uses upstream – the social cost of floods depends on land uses.
• For each combination of land use, slope and soil texture a given social cost can be estimated if the social average cost at watershed is differentiated according to the runoff coefficient and the corresponding share within the watershed.
• Changing land uses pattern, the expected damage produced by floods also change – the marginal social cost of land use change can be estimated – proxy of the flood control ecosystem services.

The paper presents a new concept on assessing the opportunity cost of land use changes based on differentiating the ratio between the economic loss produced downstream by floods and the catchment area where different land uses eventually have different runoffs. Having the shares of different land uses and their corresponding runoff coefficients, the average loss per hectare within the watershed is further broken down according to the same land uses types and an average loss per hectare, for each type of land use, is finally appraised. Ceteris paribus, any further changes between different land uses, under the same rainfall regime, are assumed to produce different ‘virtual’ total losses, according to the degree to which high runoff land utilizations would have been changed in low runoff land utilizations or vice versa. The economic reasoning of the method is also presented in the broader context of the opportunity cost theory and a case study demonstrates the readiness of the method.