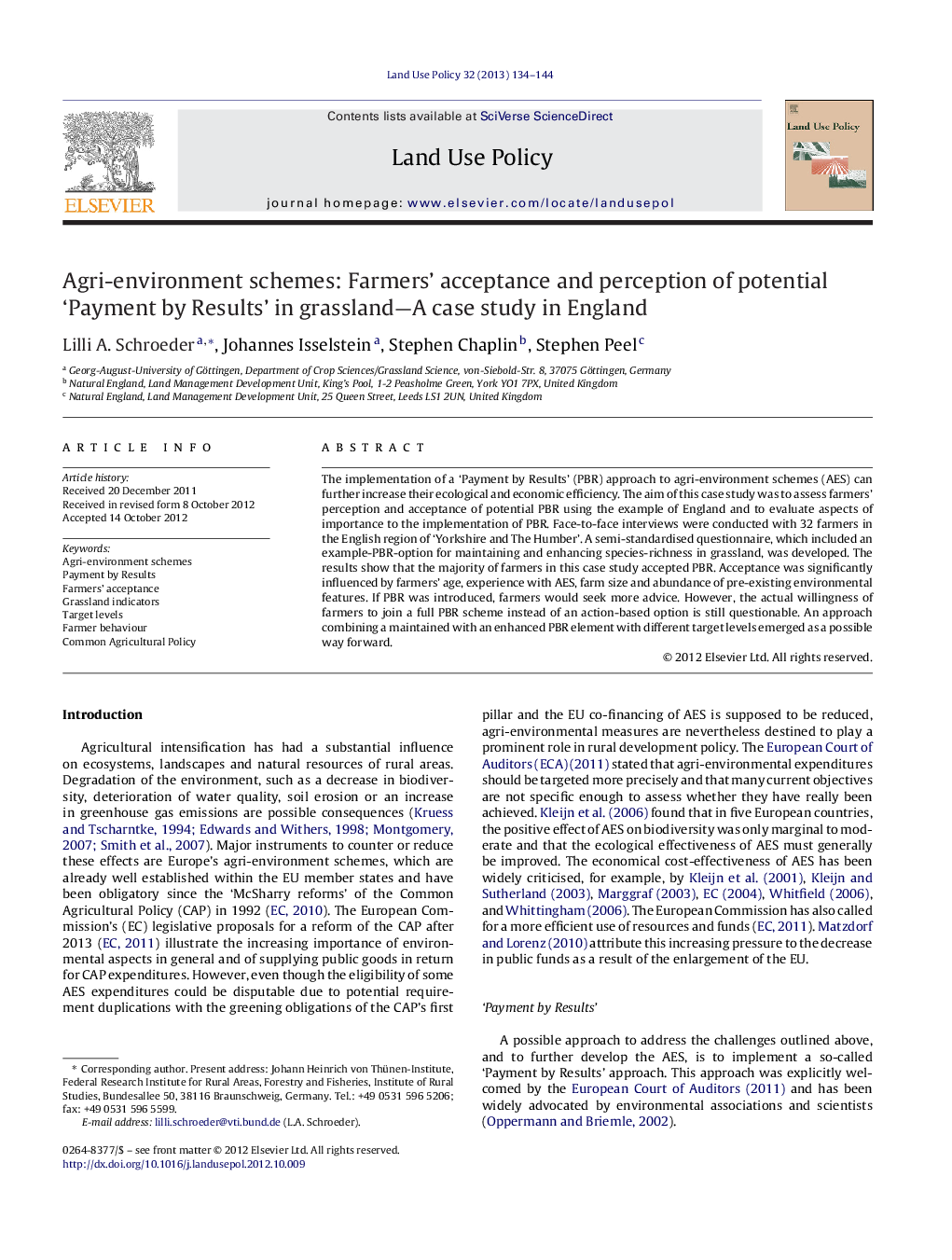 The implementation of a ‘Payment by Results’ (PBR) approach to agri-environment schemes (AES) can further increase their ecological and economic efficiency. The aim of this case study was to assess farmers’ perception and acceptance of potential PBR using the example of England and to evaluate aspects of importance to the implementation of PBR. Face-to-face interviews were conducted with 32 farmers in the English region of ‘Yorkshire and The Humber’. A semi-standardised questionnaire, which included an example-PBR-option for maintaining and enhancing species-richness in grassland, was developed. The results show that the majority of farmers in this case study accepted PBR. Acceptance was significantly influenced by farmers’ age, experience with AES, farm size and abundance of pre-existing environmental features. If PBR was introduced, farmers would seek more advice. However, the actual willingness of farmers to join a full PBR scheme instead of an action-based option is still questionable. An approach combining a maintained with an enhanced PBR element with different target levels emerged as a possible way forward.

► Farmers generally accepted ‘Payment by Results’ (PBR) in this case study.
► Acceptance of PBR correlated significantly with age, experience with agri-environment schemes, farm size and abundance of pre-existing environmental features.
► If PBR was introduced farmers would seek more advice.
► The willingness of farmers to join a PBR instead of an action-based option is still questionable.