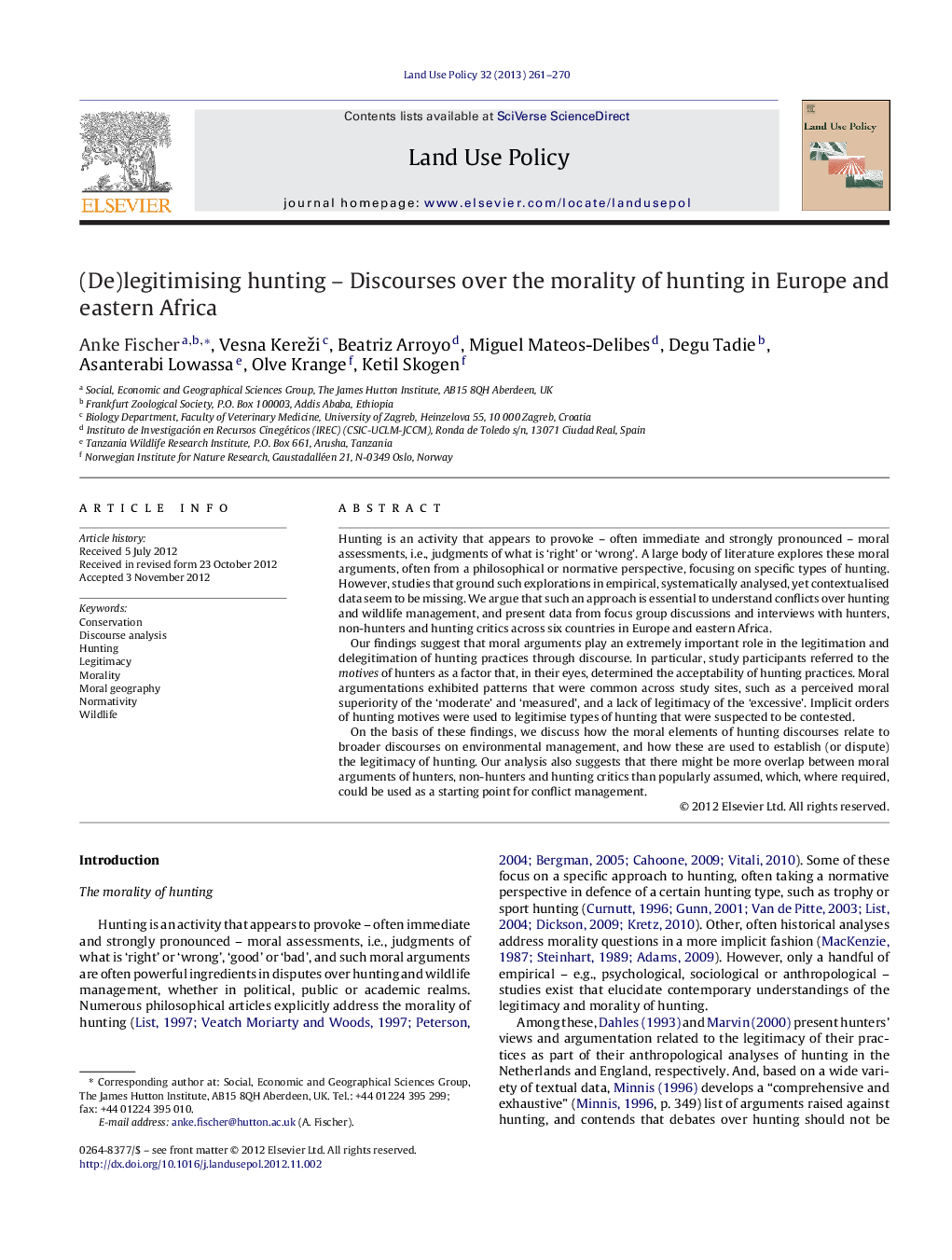 Hunting is an activity that appears to provoke – often immediate and strongly pronounced – moral assessments, i.e., judgments of what is ‘right’ or ‘wrong’. A large body of literature explores these moral arguments, often from a philosophical or normative perspective, focusing on specific types of hunting. However, studies that ground such explorations in empirical, systematically analysed, yet contextualised data seem to be missing. We argue that such an approach is essential to understand conflicts over hunting and wildlife management, and present data from focus group discussions and interviews with hunters, non-hunters and hunting critics across six countries in Europe and eastern Africa.Our findings suggest that moral arguments play an extremely important role in the legitimation and delegitimation of hunting practices through discourse. In particular, study participants referred to the motives of hunters as a factor that, in their eyes, determined the acceptability of hunting practices. Moral argumentations exhibited patterns that were common across study sites, such as a perceived moral superiority of the ‘moderate’ and ‘measured’, and a lack of legitimacy of the ‘excessive’. Implicit orders of hunting motives were used to legitimise types of hunting that were suspected to be contested.On the basis of these findings, we discuss how the moral elements of hunting discourses relate to broader discourses on environmental management, and how these are used to establish (or dispute) the legitimacy of hunting. Our analysis also suggests that there might be more overlap between moral arguments of hunters, non-hunters and hunting critics than popularly assumed, which, where required, could be used as a starting point for conflict management.

► Moral arguments are a key feature of hunting discourses.
► They play an important role in the (de)legitimation of hunting practices.
► Moral argumentations show common patterns across study sites and social groups.
► These could be used as a starting point for management of conflicts over hunting.