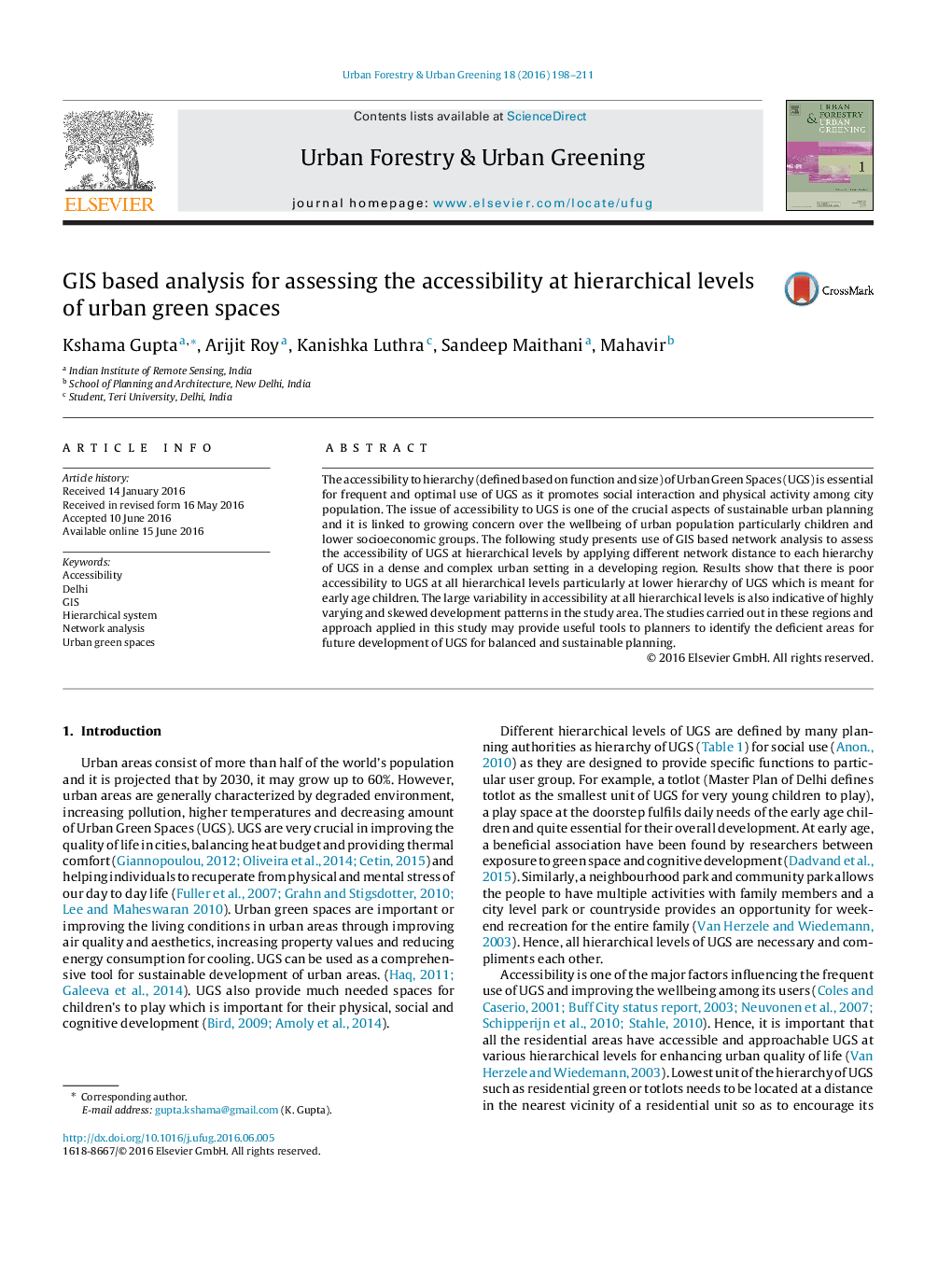 • Accessibility to lower Hierarchical levels of Urban Green spaces (UGS) is vital for physical, social and cognitive development of young children.
• Different network distances have been applied to each hierarchies of UGS as it compliments each other rather than supplements.
•  A lot many researches are available in Europe and America with respect to accessibility of urban green spaces but very less information is available in the developing world in a complex and dense urban context, although, the distribution, structure and composition of UGS differs significantly.
• GIS based accessibility analysis reveals poor accessibility of UGS at all hierarchical levels in parts of East Delhi, India particularly at lower levels of hierarchy, which mainly caters to young children.
• The distribution of UGS is also skewed and highly variable with respect to density patterns and socio economic condition of the population, revealing highly variable development pattern in study area.

The accessibility to hierarchy (defined based on function and size) of Urban Green Spaces (UGS) is essential for frequent and optimal use of UGS as it promotes social interaction and physical activity among city population. The issue of accessibility to UGS is one of the crucial aspects of sustainable urban planning and it is linked to growing concern over the wellbeing of urban population particularly children and lower socioeconomic groups. The following study presents use of GIS based network analysis to assess the accessibility of UGS at hierarchical levels by applying different network distance to each hierarchy of UGS in a dense and complex urban setting in a developing region. Results show that there is poor accessibility to UGS at all hierarchical levels particularly at lower hierarchy of UGS which is meant for early age children. The large variability in accessibility at all hierarchical levels is also indicative of highly varying and skewed development patterns in the study area. The studies carried out in these regions and approach applied in this study may provide useful tools to planners to identify the deficient areas for future development of UGS for balanced and sustainable planning.