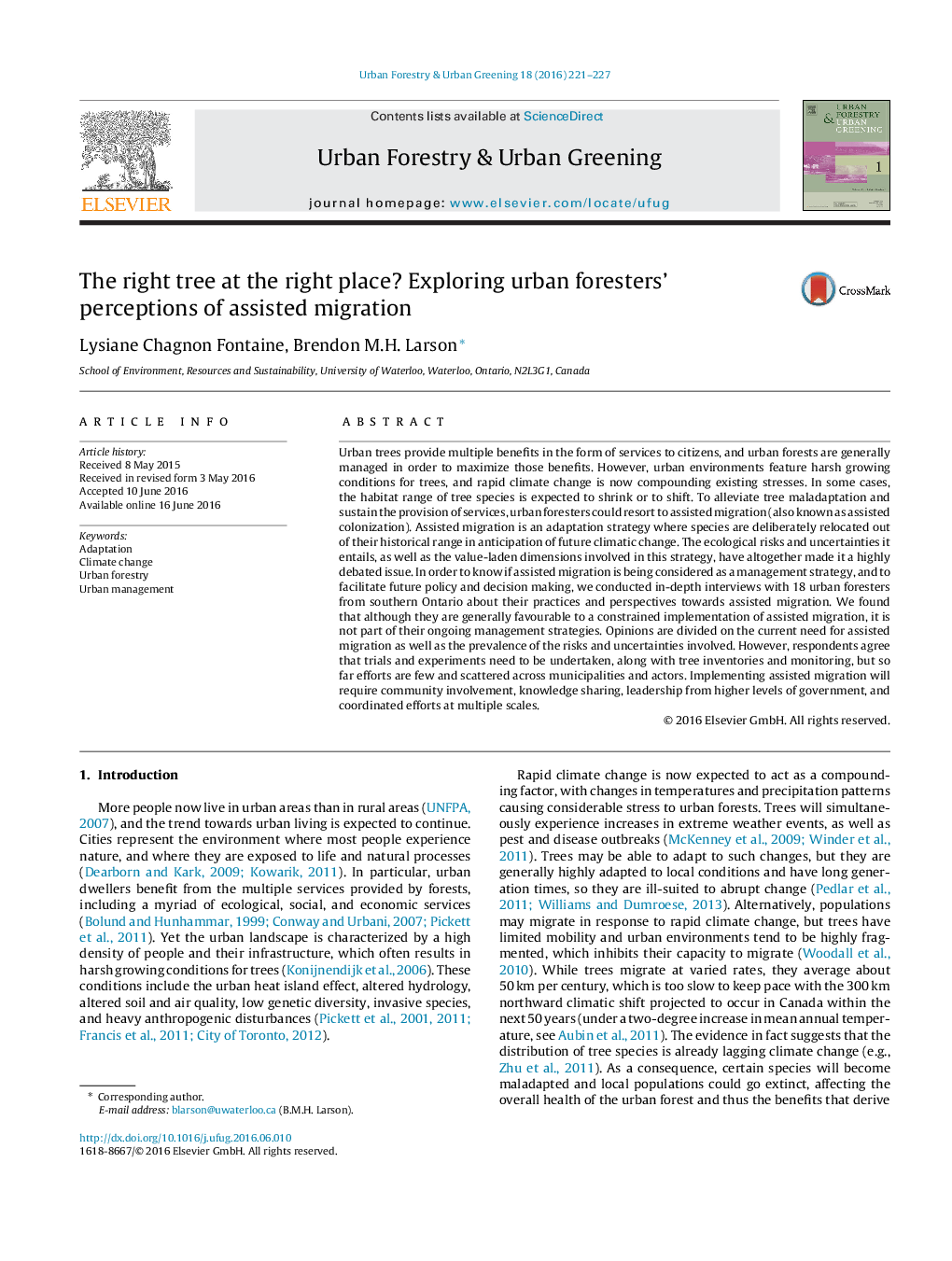 Urban trees provide multiple benefits in the form of services to citizens, and urban forests are generally managed in order to maximize those benefits. However, urban environments feature harsh growing conditions for trees, and rapid climate change is now compounding existing stresses. In some cases, the habitat range of tree species is expected to shrink or to shift. To alleviate tree maladaptation and sustain the provision of services, urban foresters could resort to assisted migration (also known as assisted colonization). Assisted migration is an adaptation strategy where species are deliberately relocated out of their historical range in anticipation of future climatic change. The ecological risks and uncertainties it entails, as well as the value-laden dimensions involved in this strategy, have altogether made it a highly debated issue. In order to know if assisted migration is being considered as a management strategy, and to facilitate future policy and decision making, we conducted in-depth interviews with 18 urban foresters from southern Ontario about their practices and perspectives towards assisted migration. We found that although they are generally favourable to a constrained implementation of assisted migration, it is not part of their ongoing management strategies. Opinions are divided on the current need for assisted migration as well as the prevalence of the risks and uncertainties involved. However, respondents agree that trials and experiments need to be undertaken, along with tree inventories and monitoring, but so far efforts are few and scattered across municipalities and actors. Implementing assisted migration will require community involvement, knowledge sharing, leadership from higher levels of government, and coordinated efforts at multiple scales.