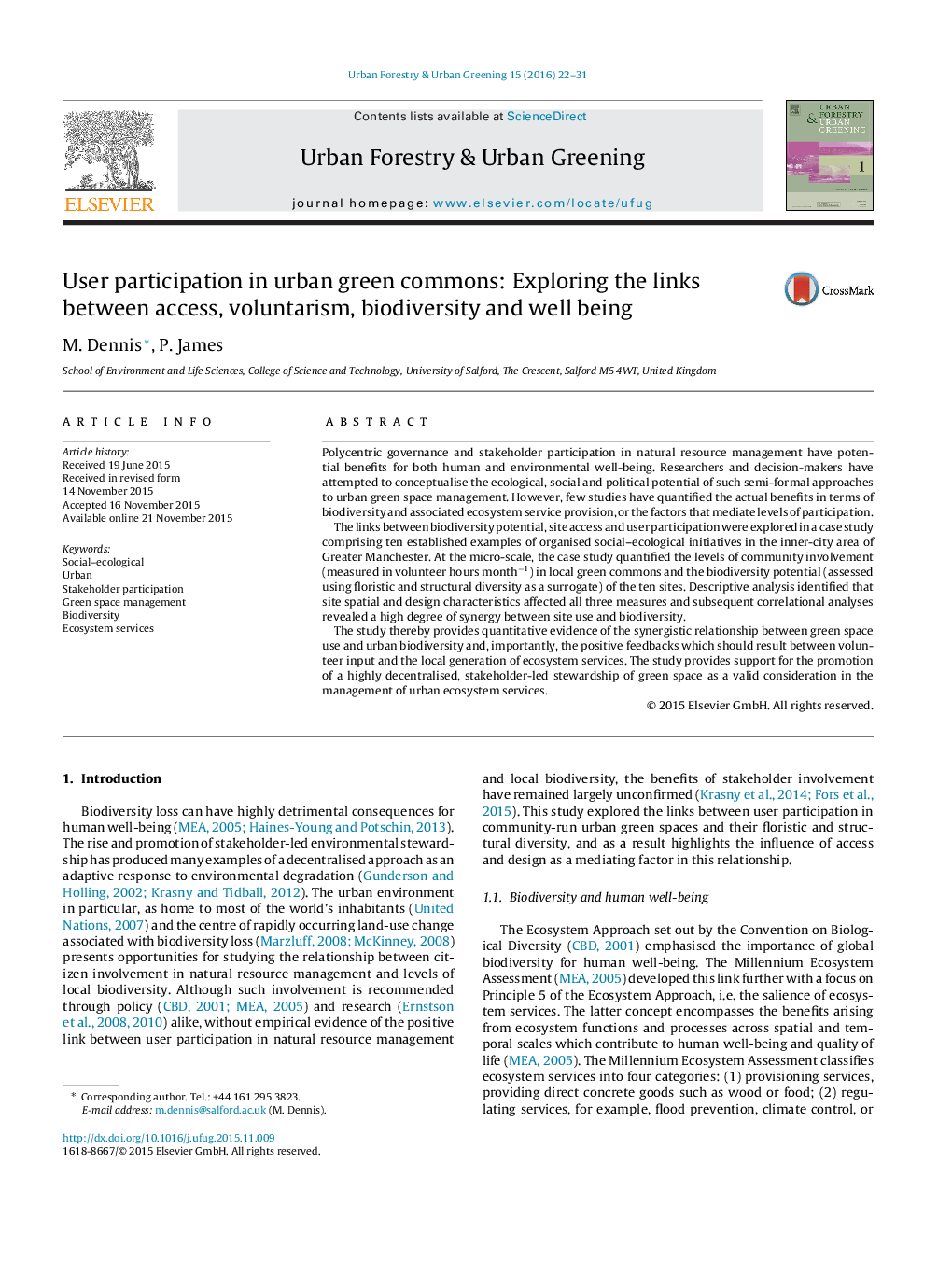 • Levels of biodiversity increase proportionally to levels of user participation.
• Participation is influenced by site access, security and location.
• Positive social–ecological feedbacks should be possible through urban green space design and use.

Polycentric governance and stakeholder participation in natural resource management have potential benefits for both human and environmental well-being. Researchers and decision-makers have attempted to conceptualise the ecological, social and political potential of such semi-formal approaches to urban green space management. However, few studies have quantified the actual benefits in terms of biodiversity and associated ecosystem service provision, or the factors that mediate levels of participation.The links between biodiversity potential, site access and user participation were explored in a case study comprising ten established examples of organised social–ecological initiatives in the inner-city area of Greater Manchester. At the micro-scale, the case study quantified the levels of community involvement (measured in volunteer hours month−1) in local green commons and the biodiversity potential (assessed using floristic and structural diversity as a surrogate) of the ten sites. Descriptive analysis identified that site spatial and design characteristics affected all three measures and subsequent correlational analyses revealed a high degree of synergy between site use and biodiversity.The study thereby provides quantitative evidence of the synergistic relationship between green space use and urban biodiversity and, importantly, the positive feedbacks which should result between volunteer input and the local generation of ecosystem services. The study provides support for the promotion of a highly decentralised, stakeholder-led stewardship of green space as a valid consideration in the management of urban ecosystem services.