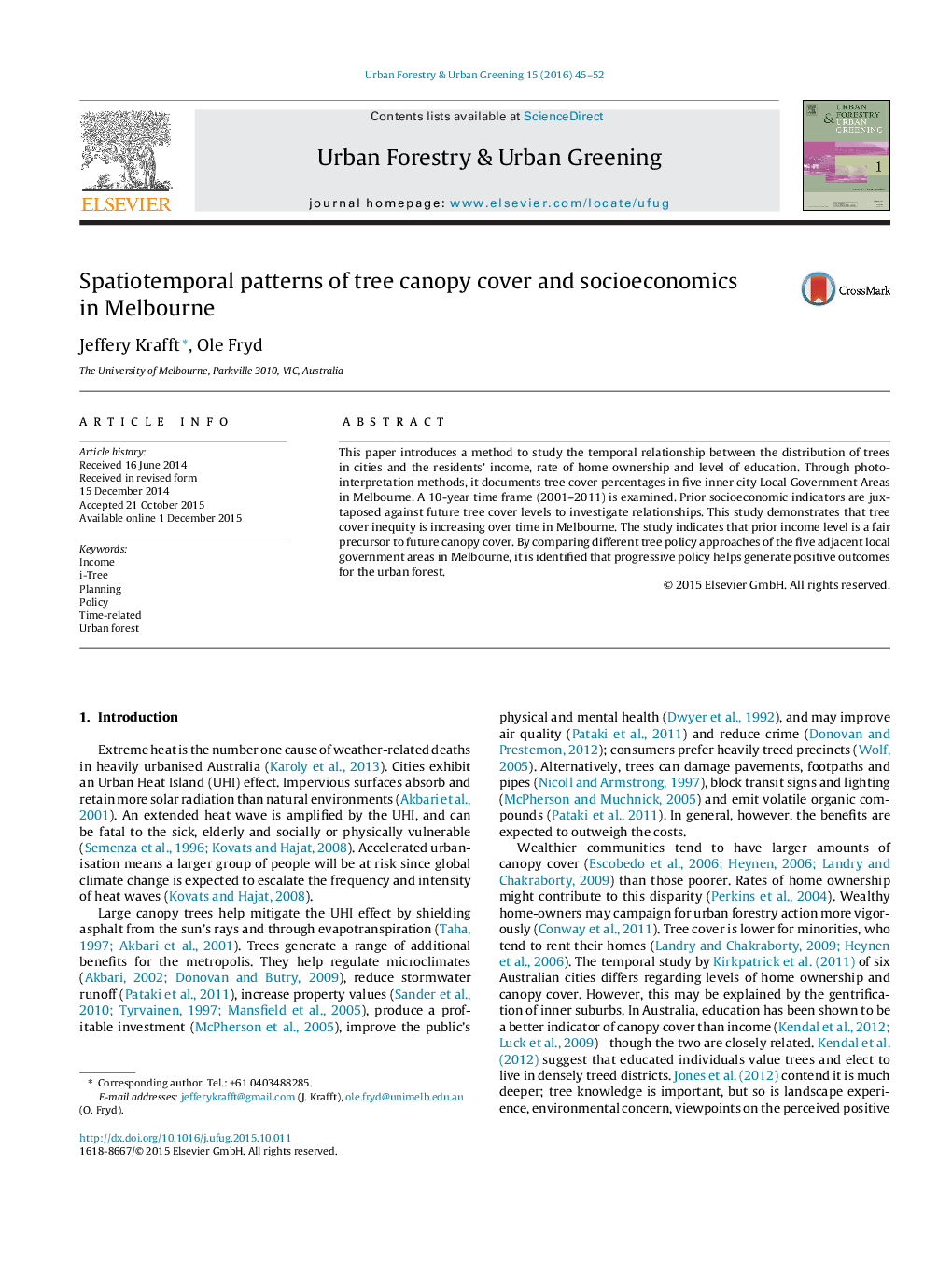 This paper introduces a method to study the temporal relationship between the distribution of trees in cities and the residents’ income, rate of home ownership and level of education. Through photo-interpretation methods, it documents tree cover percentages in five inner city Local Government Areas in Melbourne. A 10-year time frame (2001–2011) is examined. Prior socioeconomic indicators are juxtaposed against future tree cover levels to investigate relationships. This study demonstrates that tree cover inequity is increasing over time in Melbourne. The study indicates that prior income level is a fair precursor to future canopy cover. By comparing different tree policy approaches of the five adjacent local government areas in Melbourne, it is identified that progressive policy helps generate positive outcomes for the urban forest.