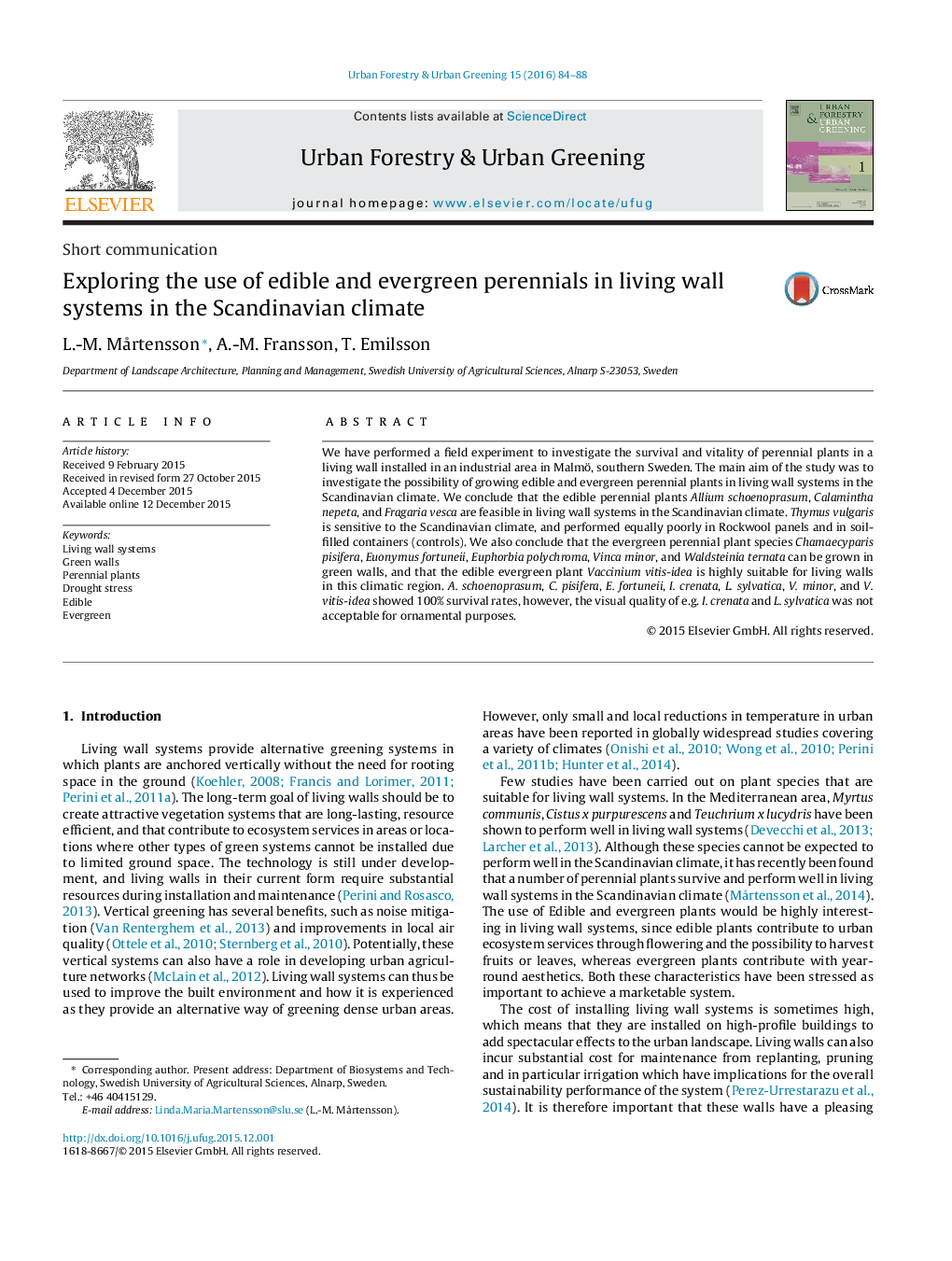 We have performed a field experiment to investigate the survival and vitality of perennial plants in a living wall installed in an industrial area in Malmö, southern Sweden. The main aim of the study was to investigate the possibility of growing edible and evergreen perennial plants in living wall systems in the Scandinavian climate. We conclude that the edible perennial plants Allium schoenoprasum, Calamintha nepeta, and Fragaria vesca are feasible in living wall systems in the Scandinavian climate. Thymus vulgaris is sensitive to the Scandinavian climate, and performed equally poorly in Rockwool panels and in soil-filled containers (controls). We also conclude that the evergreen perennial plant species Chamaecyparis pisifera, Euonymus fortuneii, Euphorbia polychroma, Vinca minor, and Waldsteinia ternata can be grown in green walls, and that the edible evergreen plant Vaccinium vitis-idea is highly suitable for living walls in this climatic region. A. schoenoprasum, C. pisifera, E. fortuneii, I. crenata, L. sylvatica, V. minor, and V. vitis-idea showed 100% survival rates, however, the visual quality of e.g. I. crenata and L. sylvatica was not acceptable for ornamental purposes.