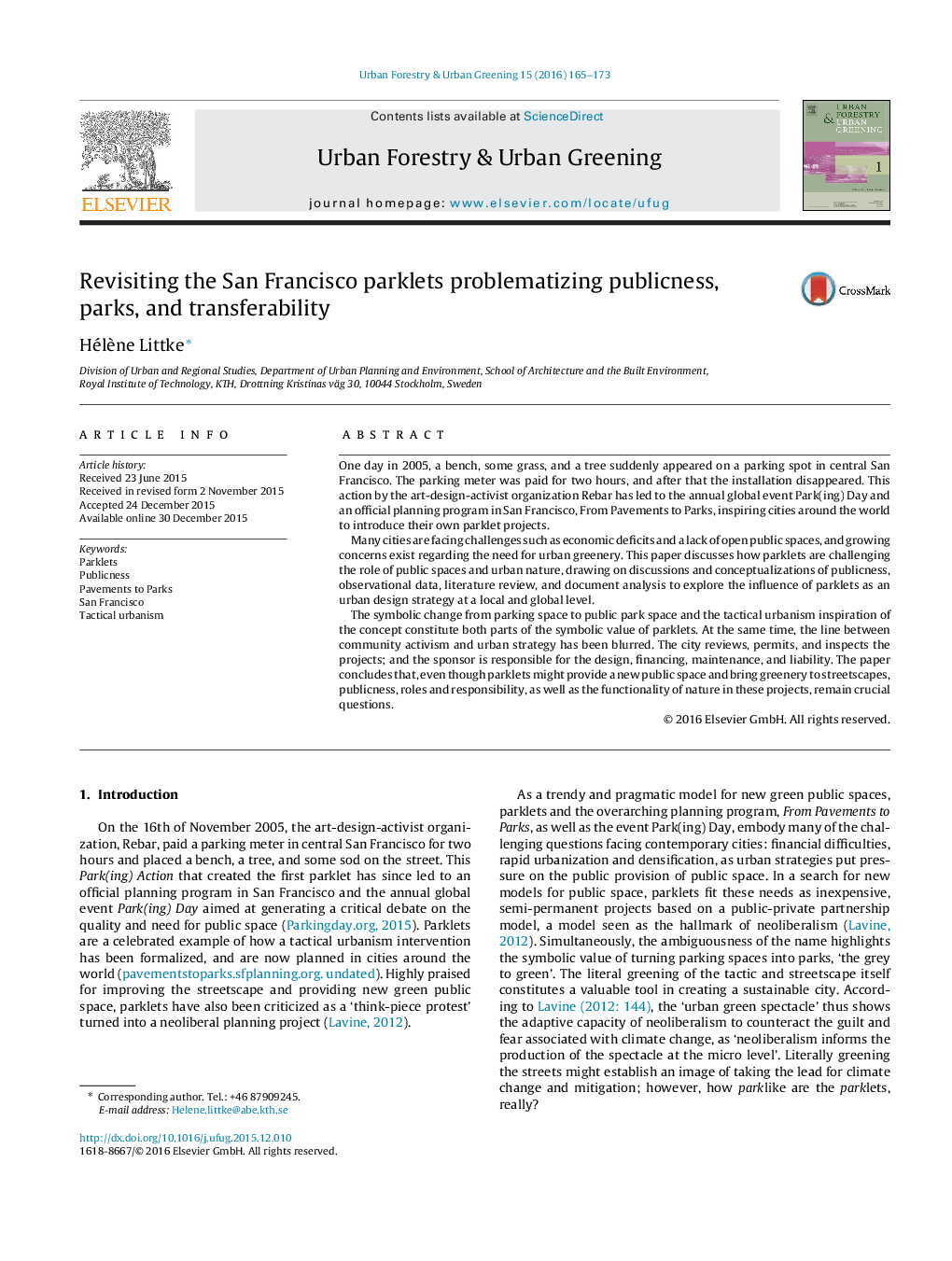 • Parklets and the Park(ing) day event represent a symbolic shift from grey to green use of the street.
• The public-private partnership model challenges the degree of publicness of the space.
• Despite a narrative of urban greening the existing parklets show a low ecological functionality.
• The program actively supports replication of the parklet concept in other localities.

One day in 2005, a bench, some grass, and a tree suddenly appeared on a parking spot in central San Francisco. The parking meter was paid for two hours, and after that the installation disappeared. This action by the art-design-activist organization Rebar has led to the annual global event Park(ing) Day and an official planning program in San Francisco, From Pavements to Parks, inspiring cities around the world to introduce their own parklet projects.Many cities are facing challenges such as economic deficits and a lack of open public spaces, and growing concerns exist regarding the need for urban greenery. This paper discusses how parklets are challenging the role of public spaces and urban nature, drawing on discussions and conceptualizations of publicness, observational data, literature review, and document analysis to explore the influence of parklets as an urban design strategy at a local and global level.The symbolic change from parking space to public park space and the tactical urbanism inspiration of the concept constitute both parts of the symbolic value of parklets. At the same time, the line between community activism and urban strategy has been blurred. The city reviews, permits, and inspects the projects; and the sponsor is responsible for the design, financing, maintenance, and liability. The paper concludes that, even though parklets might provide a new public space and bring greenery to streetscapes, publicness, roles and responsibility, as well as the functionality of nature in these projects, remain crucial questions.