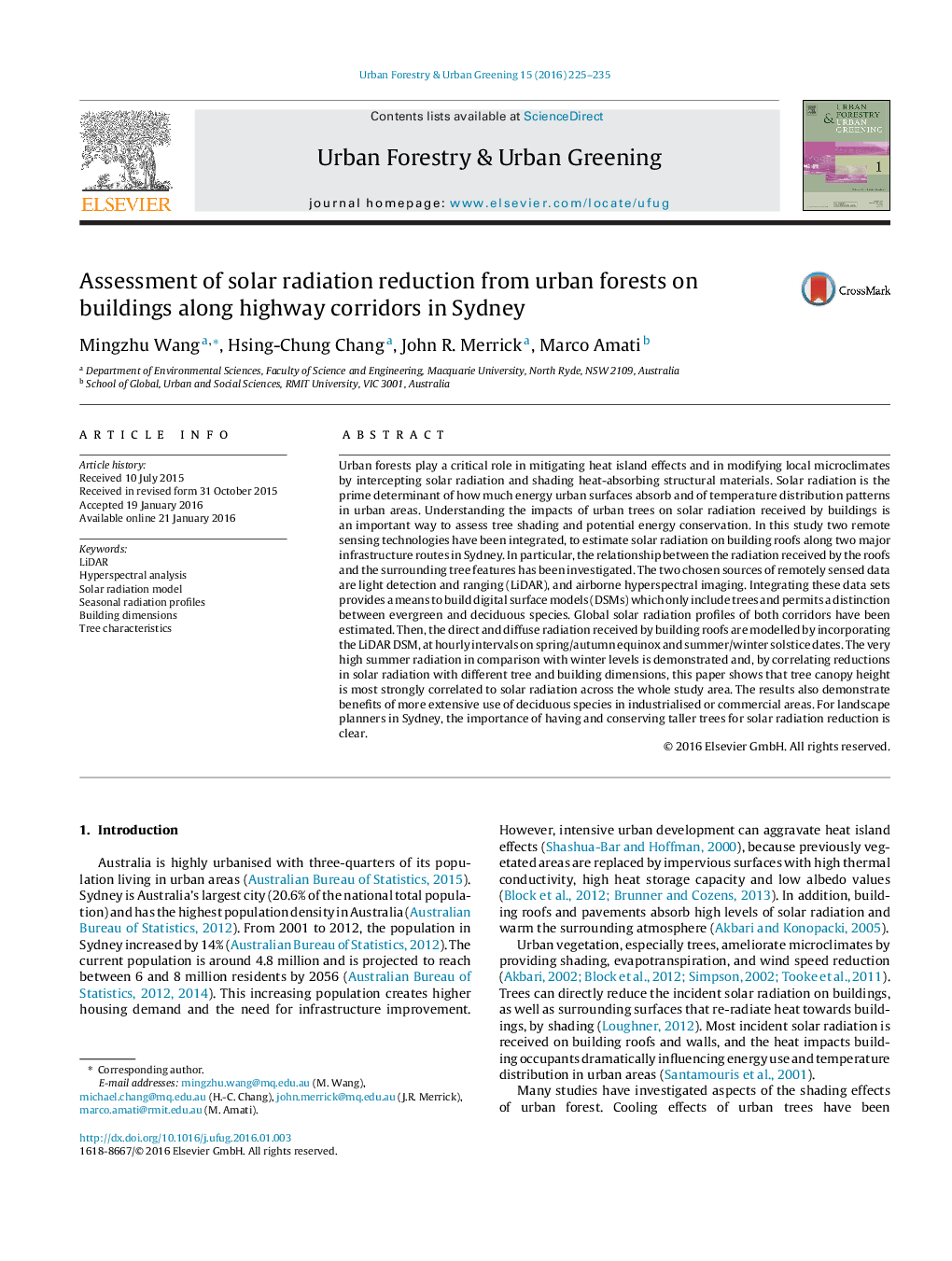 Urban forests play a critical role in mitigating heat island effects and in modifying local microclimates by intercepting solar radiation and shading heat-absorbing structural materials. Solar radiation is the prime determinant of how much energy urban surfaces absorb and of temperature distribution patterns in urban areas. Understanding the impacts of urban trees on solar radiation received by buildings is an important way to assess tree shading and potential energy conservation. In this study two remote sensing technologies have been integrated, to estimate solar radiation on building roofs along two major infrastructure routes in Sydney. In particular, the relationship between the radiation received by the roofs and the surrounding tree features has been investigated. The two chosen sources of remotely sensed data are light detection and ranging (LiDAR), and airborne hyperspectral imaging. Integrating these data sets provides a means to build digital surface models (DSMs) which only include trees and permits a distinction between evergreen and deciduous species. Global solar radiation profiles of both corridors have been estimated. Then, the direct and diffuse radiation received by building roofs are modelled by incorporating the LiDAR DSM, at hourly intervals on spring/autumn equinox and summer/winter solstice dates. The very high summer radiation in comparison with winter levels is demonstrated and, by correlating reductions in solar radiation with different tree and building dimensions, this paper shows that tree canopy height is most strongly correlated to solar radiation across the whole study area. The results also demonstrate benefits of more extensive use of deciduous species in industrialised or commercial areas. For landscape planners in Sydney, the importance of having and conserving taller trees for solar radiation reduction is clear.