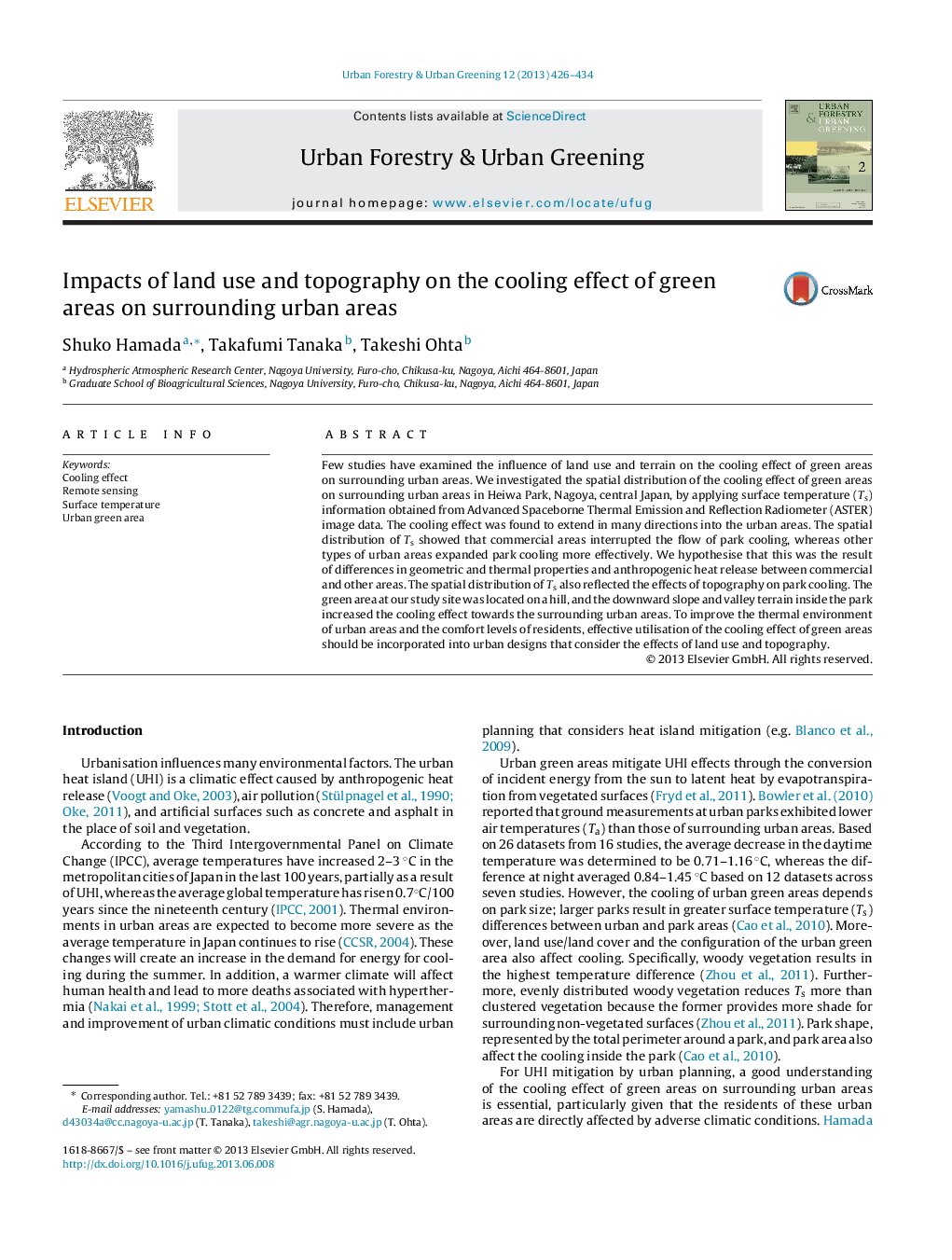 Few studies have examined the influence of land use and terrain on the cooling effect of green areas on surrounding urban areas. We investigated the spatial distribution of the cooling effect of green areas on surrounding urban areas in Heiwa Park, Nagoya, central Japan, by applying surface temperature (Ts) information obtained from Advanced Spaceborne Thermal Emission and Reflection Radiometer (ASTER) image data. The cooling effect was found to extend in many directions into the urban areas. The spatial distribution of Ts showed that commercial areas interrupted the flow of park cooling, whereas other types of urban areas expanded park cooling more effectively. We hypothesise that this was the result of differences in geometric and thermal properties and anthropogenic heat release between commercial and other areas. The spatial distribution of Ts also reflected the effects of topography on park cooling. The green area at our study site was located on a hill, and the downward slope and valley terrain inside the park increased the cooling effect towards the surrounding urban areas. To improve the thermal environment of urban areas and the comfort levels of residents, effective utilisation of the cooling effect of green areas should be incorporated into urban designs that consider the effects of land use and topography.