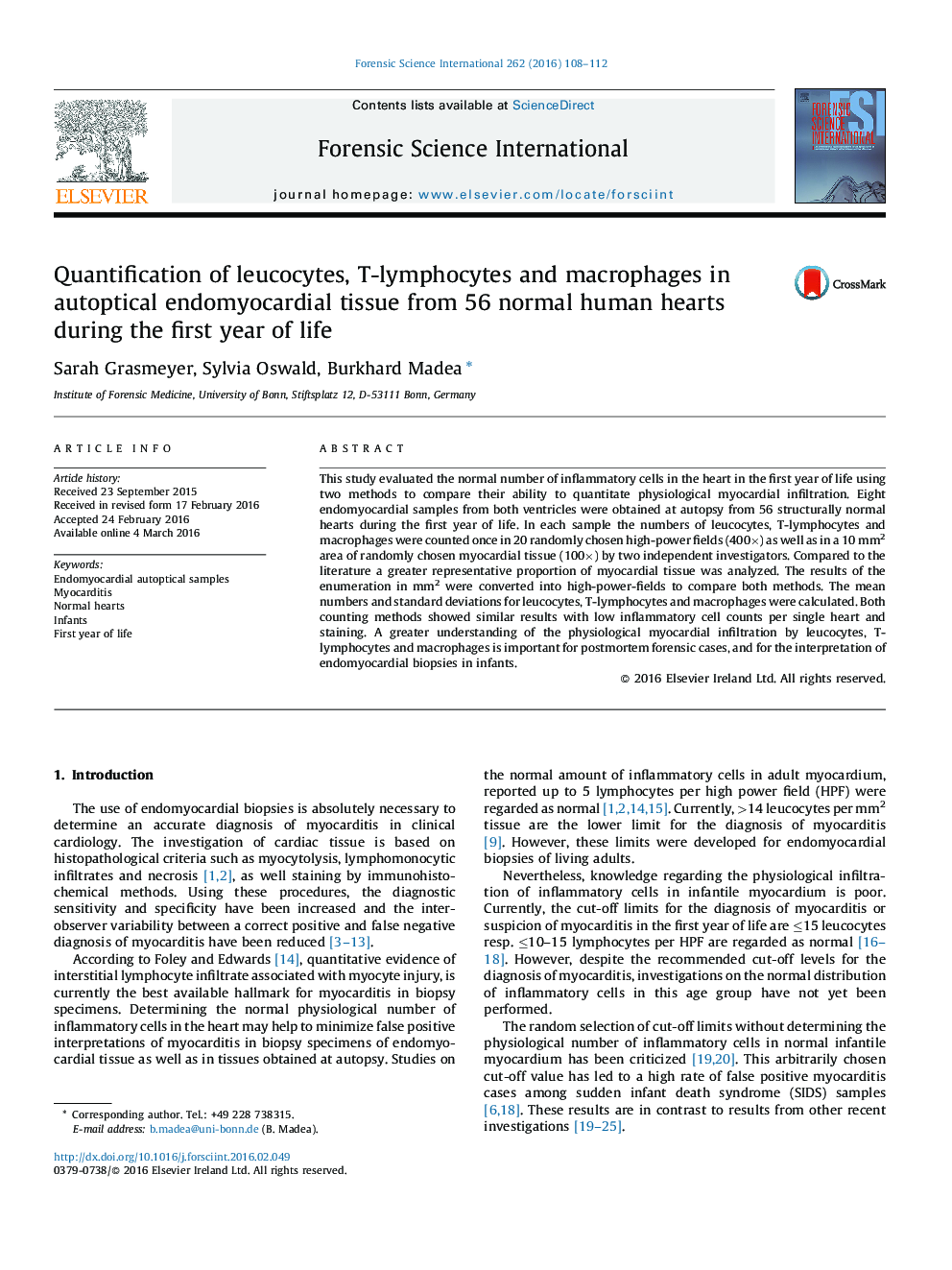 This study evaluated the normal number of inflammatory cells in the heart in the first year of life using two methods to compare their ability to quantitate physiological myocardial infiltration. Eight endomyocardial samples from both ventricles were obtained at autopsy from 56 structurally normal hearts during the first year of life. In each sample the numbers of leucocytes, T-lymphocytes and macrophages were counted once in 20 randomly chosen high-power fields (400×) as well as in a 10 mm2 area of randomly chosen myocardial tissue (100×) by two independent investigators. Compared to the literature a greater representative proportion of myocardial tissue was analyzed. The results of the enumeration in mm2 were converted into high-power-fields to compare both methods. The mean numbers and standard deviations for leucocytes, T-lymphocytes and macrophages were calculated. Both counting methods showed similar results with low inflammatory cell counts per single heart and staining. A greater understanding of the physiological myocardial infiltration by leucocytes, T-lymphocytes and macrophages is important for postmortem forensic cases, and for the interpretation of endomyocardial biopsies in infants.