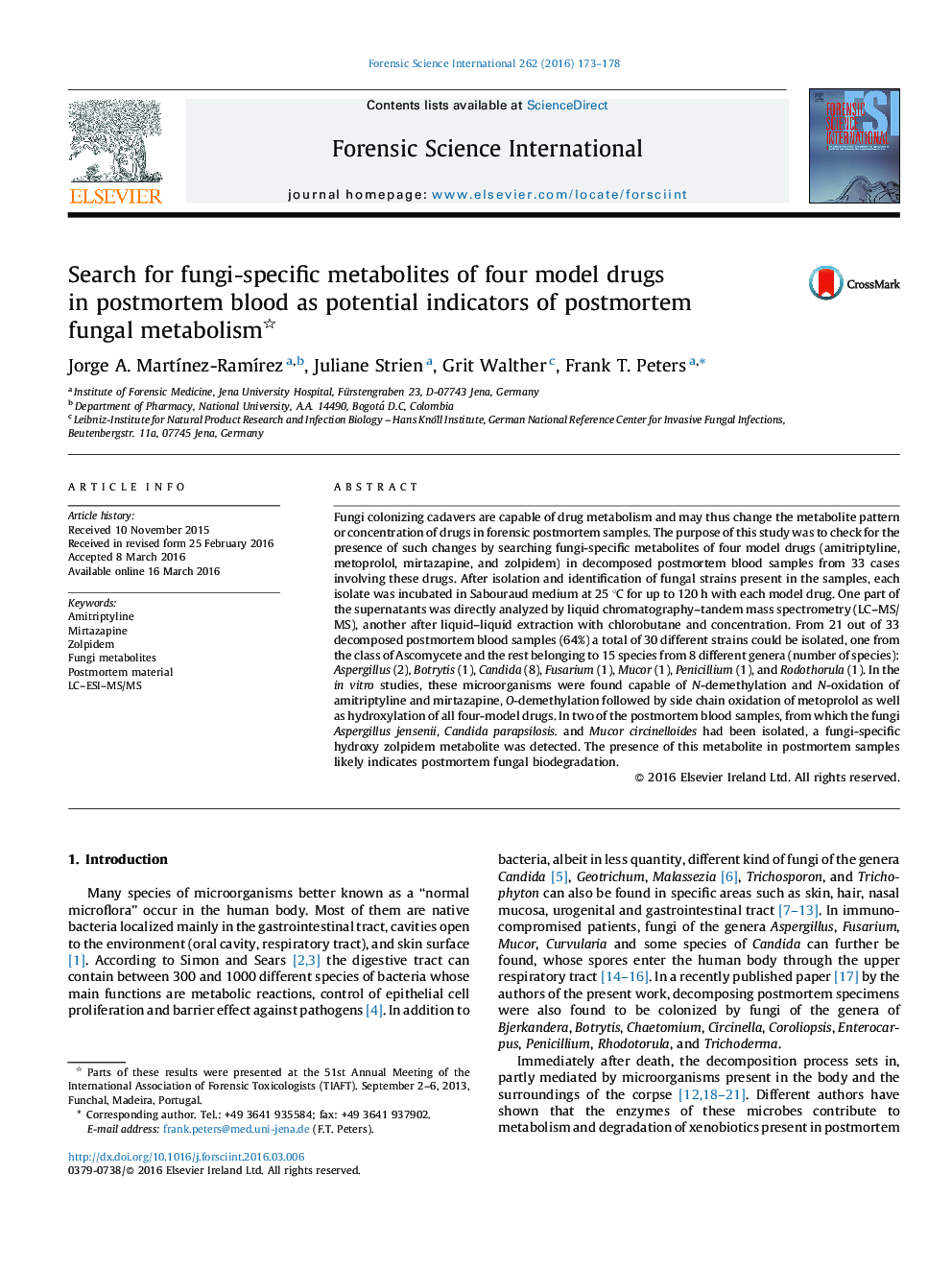 Fungi colonizing cadavers are capable of drug metabolism and may thus change the metabolite pattern or concentration of drugs in forensic postmortem samples. The purpose of this study was to check for the presence of such changes by searching fungi-specific metabolites of four model drugs (amitriptyline, metoprolol, mirtazapine, and zolpidem) in decomposed postmortem blood samples from 33 cases involving these drugs. After isolation and identification of fungal strains present in the samples, each isolate was incubated in Sabouraud medium at 25 °C for up to 120 h with each model drug. One part of the supernatants was directly analyzed by liquid chromatography–tandem mass spectrometry (LC–MS/MS), another after liquid–liquid extraction with chlorobutane and concentration. From 21 out of 33 decomposed postmortem blood samples (64%) a total of 30 different strains could be isolated, one from the class of Ascomycete and the rest belonging to 15 species from 8 different genera (number of species): Aspergillus (2), Botrytis (1), Candida (8), Fusarium (1), Mucor (1), Penicillium (1), and Rodothorula (1). In the in vitro studies, these microorganisms were found capable of N-demethylation and N-oxidation of amitriptyline and mirtazapine, O-demethylation followed by side chain oxidation of metoprolol as well as hydroxylation of all four-model drugs. In two of the postmortem blood samples, from which the fungi Aspergillus jensenii, Candida parapsilosis. and Mucor circinelloides had been isolated, a fungi-specific hydroxy zolpidem metabolite was detected. The presence of this metabolite in postmortem samples likely indicates postmortem fungal biodegradation.