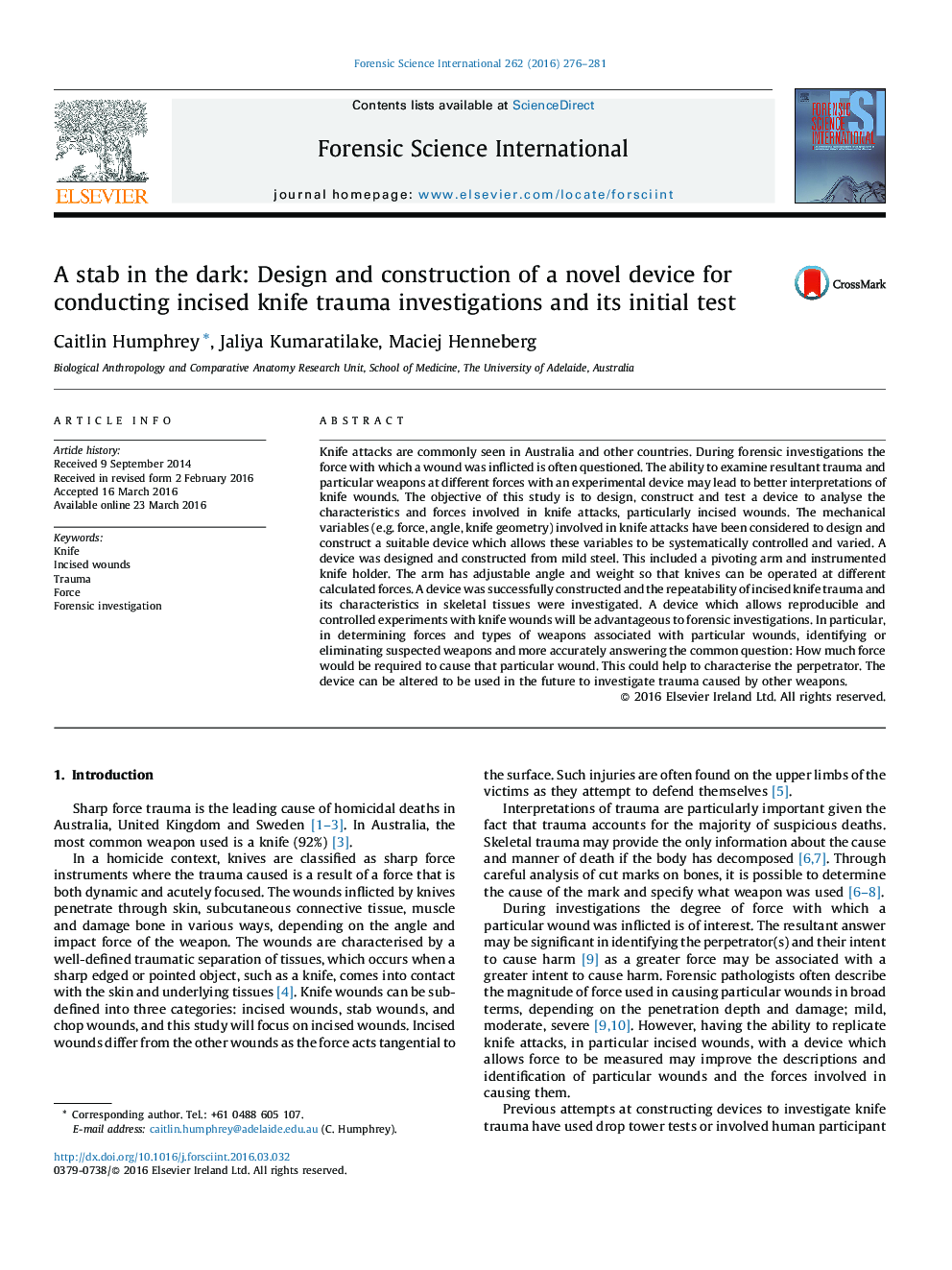 Knife attacks are commonly seen in Australia and other countries. During forensic investigations the force with which a wound was inflicted is often questioned. The ability to examine resultant trauma and particular weapons at different forces with an experimental device may lead to better interpretations of knife wounds. The objective of this study is to design, construct and test a device to analyse the characteristics and forces involved in knife attacks, particularly incised wounds. The mechanical variables (e.g. force, angle, knife geometry) involved in knife attacks have been considered to design and construct a suitable device which allows these variables to be systematically controlled and varied. A device was designed and constructed from mild steel. This included a pivoting arm and instrumented knife holder. The arm has adjustable angle and weight so that knives can be operated at different calculated forces. A device was successfully constructed and the repeatability of incised knife trauma and its characteristics in skeletal tissues were investigated. A device which allows reproducible and controlled experiments with knife wounds will be advantageous to forensic investigations. In particular, in determining forces and types of weapons associated with particular wounds, identifying or eliminating suspected weapons and more accurately answering the common question: How much force would be required to cause that particular wound. This could help to characterise the perpetrator. The device can be altered to be used in the future to investigate trauma caused by other weapons.