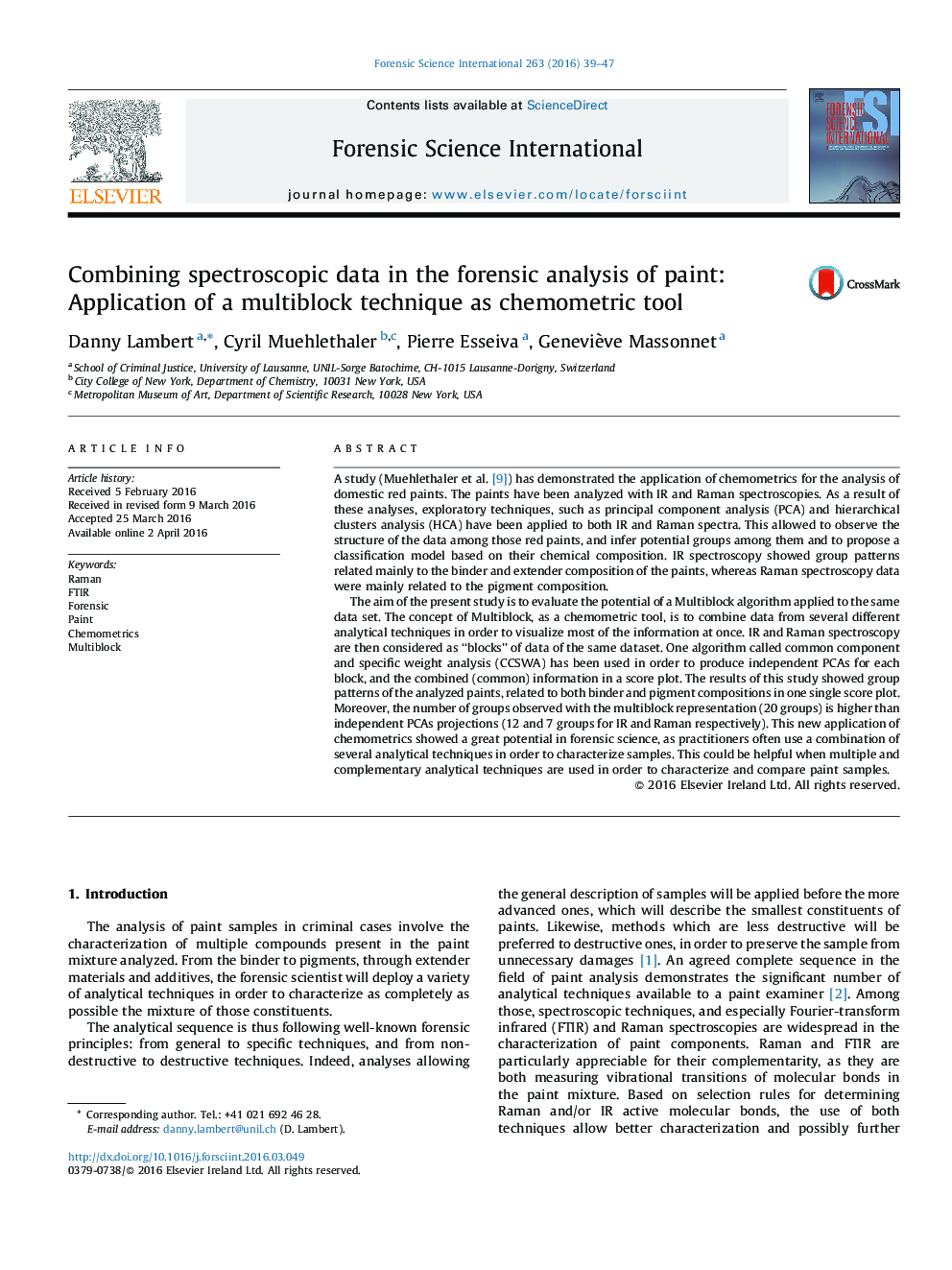 A study (Muehlethaler et al. [9]) has demonstrated the application of chemometrics for the analysis of domestic red paints. The paints have been analyzed with IR and Raman spectroscopies. As a result of these analyses, exploratory techniques, such as principal component analysis (PCA) and hierarchical clusters analysis (HCA) have been applied to both IR and Raman spectra. This allowed to observe the structure of the data among those red paints, and infer potential groups among them and to propose a classification model based on their chemical composition. IR spectroscopy showed group patterns related mainly to the binder and extender composition of the paints, whereas Raman spectroscopy data were mainly related to the pigment composition.The aim of the present study is to evaluate the potential of a Multiblock algorithm applied to the same data set. The concept of Multiblock, as a chemometric tool, is to combine data from several different analytical techniques in order to visualize most of the information at once. IR and Raman spectroscopy are then considered as “blocks” of data of the same dataset. One algorithm called common component and specific weight analysis (CCSWA) has been used in order to produce independent PCAs for each block, and the combined (common) information in a score plot. The results of this study showed group patterns of the analyzed paints, related to both binder and pigment compositions in one single score plot. Moreover, the number of groups observed with the multiblock representation (20 groups) is higher than independent PCAs projections (12 and 7 groups for IR and Raman respectively). This new application of chemometrics showed a great potential in forensic science, as practitioners often use a combination of several analytical techniques in order to characterize samples. This could be helpful when multiple and complementary analytical techniques are used in order to characterize and compare paint samples.