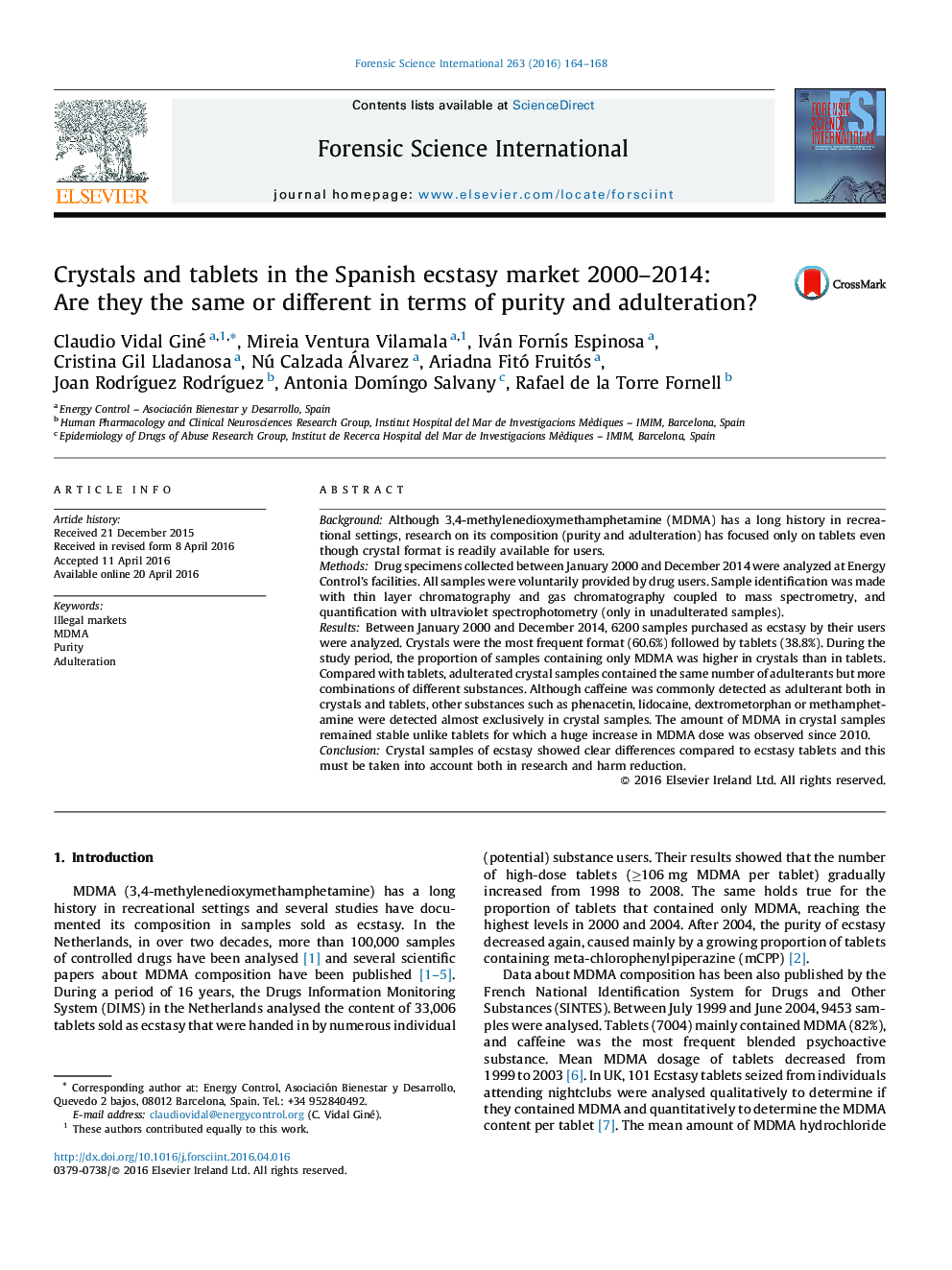 • Crystal samples of ecstasy showed clear differences in relation to tablets.
• Proportion of samples containing only MDMA was higher in crystals.
• Caffeine was the main adulterant detected both in crystals and tablets.
• Recent increase in the amount of MDMA in tablets was not observed in crystals.
• Since 2009, the number of adulterants identified increased in both formats.

BackgroundAlthough 3,4-methylenedioxymethamphetamine (MDMA) has a long history in recreational settings, research on its composition (purity and adulteration) has focused only on tablets even though crystal format is readily available for users.MethodsDrug specimens collected between January 2000 and December 2014 were analyzed at Energy Control's facilities. All samples were voluntarily provided by drug users. Sample identification was made with thin layer chromatography and gas chromatography coupled to mass spectrometry, and quantification with ultraviolet spectrophotometry (only in unadulterated samples).ResultsBetween January 2000 and December 2014, 6200 samples purchased as ecstasy by their users were analyzed. Crystals were the most frequent format (60.6%) followed by tablets (38.8%). During the study period, the proportion of samples containing only MDMA was higher in crystals than in tablets. Compared with tablets, adulterated crystal samples contained the same number of adulterants but more combinations of different substances. Although caffeine was commonly detected as adulterant both in crystals and tablets, other substances such as phenacetin, lidocaine, dextrometorphan or methamphetamine were detected almost exclusively in crystal samples. The amount of MDMA in crystal samples remained stable unlike tablets for which a huge increase in MDMA dose was observed since 2010.ConclusionCrystal samples of ecstasy showed clear differences compared to ecstasy tablets and this must be taken into account both in research and harm reduction.