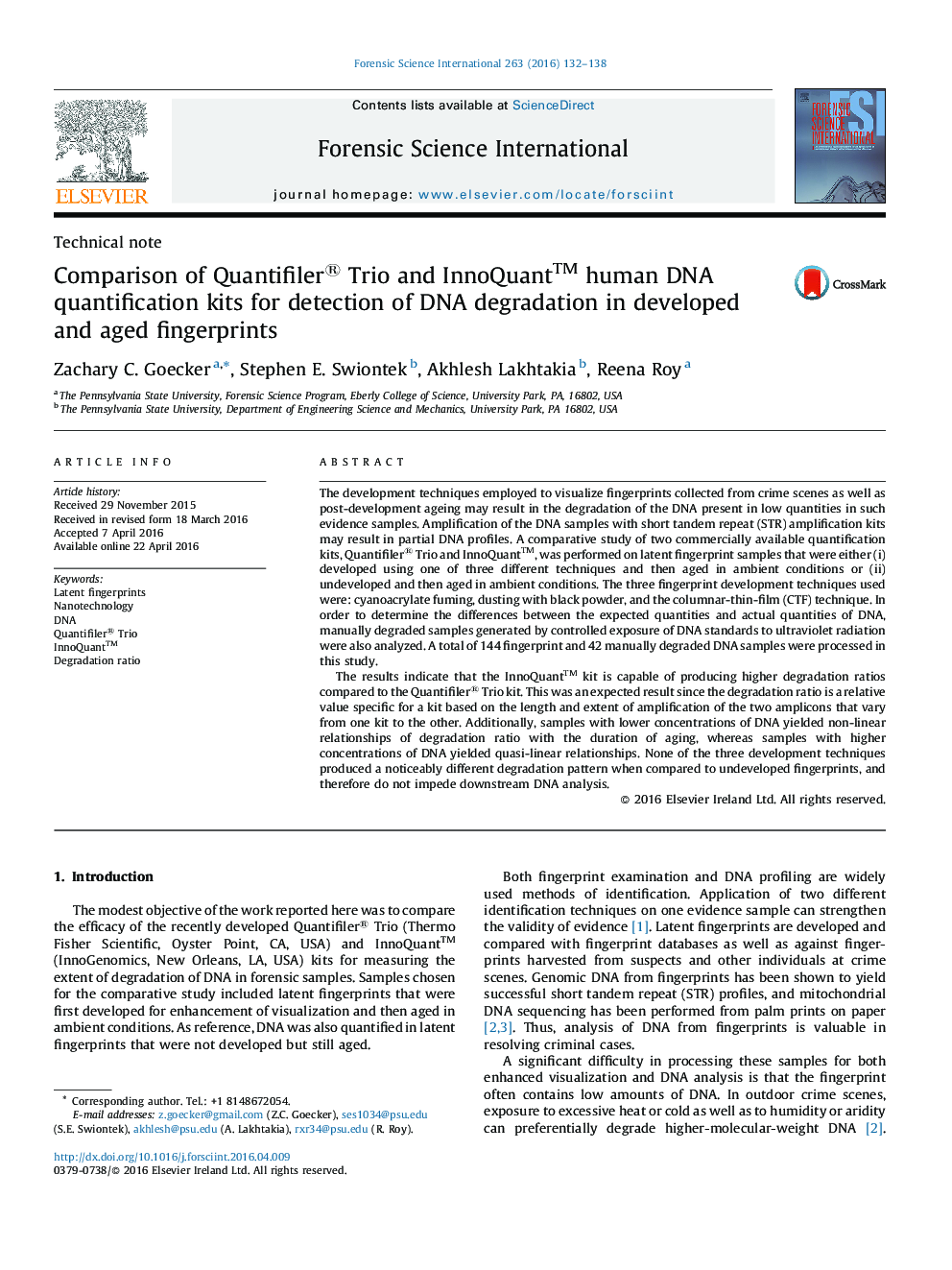 The development techniques employed to visualize fingerprints collected from crime scenes as well as post-development ageing may result in the degradation of the DNA present in low quantities in such evidence samples. Amplification of the DNA samples with short tandem repeat (STR) amplification kits may result in partial DNA profiles. A comparative study of two commercially available quantification kits, Quantifiler® Trio and InnoQuant™, was performed on latent fingerprint samples that were either (i) developed using one of three different techniques and then aged in ambient conditions or (ii) undeveloped and then aged in ambient conditions. The three fingerprint development techniques used were: cyanoacrylate fuming, dusting with black powder, and the columnar-thin-film (CTF) technique. In order to determine the differences between the expected quantities and actual quantities of DNA, manually degraded samples generated by controlled exposure of DNA standards to ultraviolet radiation were also analyzed. A total of 144 fingerprint and 42 manually degraded DNA samples were processed in this study.The results indicate that the InnoQuant™ kit is capable of producing higher degradation ratios compared to the Quantifiler® Trio kit. This was an expected result since the degradation ratio is a relative value specific for a kit based on the length and extent of amplification of the two amplicons that vary from one kit to the other. Additionally, samples with lower concentrations of DNA yielded non-linear relationships of degradation ratio with the duration of aging, whereas samples with higher concentrations of DNA yielded quasi-linear relationships. None of the three development techniques produced a noticeably different degradation pattern when compared to undeveloped fingerprints, and therefore do not impede downstream DNA analysis.