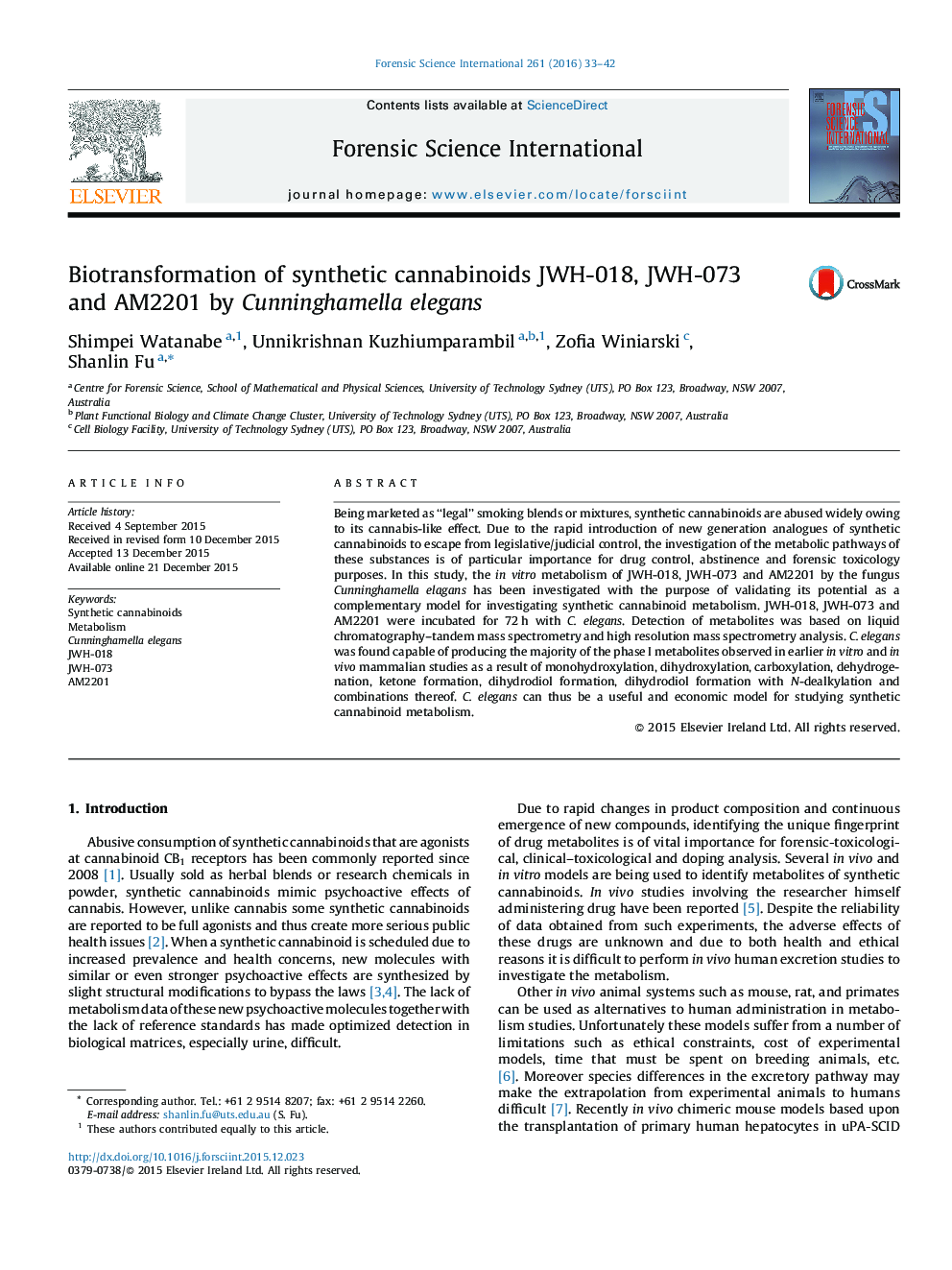 • The fungus Cunninghamella elegans can metabolize JWH-018, JWH-073 and AM2201.
• The majority of the metabolites was produced via phase I metabolism.
• The fungal metabolites were found to be in good agreement with the human metabolites.

Being marketed as “legal” smoking blends or mixtures, synthetic cannabinoids are abused widely owing to its cannabis-like effect. Due to the rapid introduction of new generation analogues of synthetic cannabinoids to escape from legislative/judicial control, the investigation of the metabolic pathways of these substances is of particular importance for drug control, abstinence and forensic toxicology purposes. In this study, the in vitro metabolism of JWH-018, JWH-073 and AM2201 by the fungus Cunninghamella elagans has been investigated with the purpose of validating its potential as a complementary model for investigating synthetic cannabinoid metabolism. JWH-018, JWH-073 and AM2201 were incubated for 72 h with C. elegans. Detection of metabolites was based on liquid chromatography–tandem mass spectrometry and high resolution mass spectrometry analysis. C. elegans was found capable of producing the majority of the phase I metabolites observed in earlier in vitro and in vivo mammalian studies as a result of monohydroxylation, dihydroxylation, carboxylation, dehydrogenation, ketone formation, dihydrodiol formation, dihydrodiol formation with N-dealkylation and combinations thereof. C. elegans can thus be a useful and economic model for studying synthetic cannabinoid metabolism.