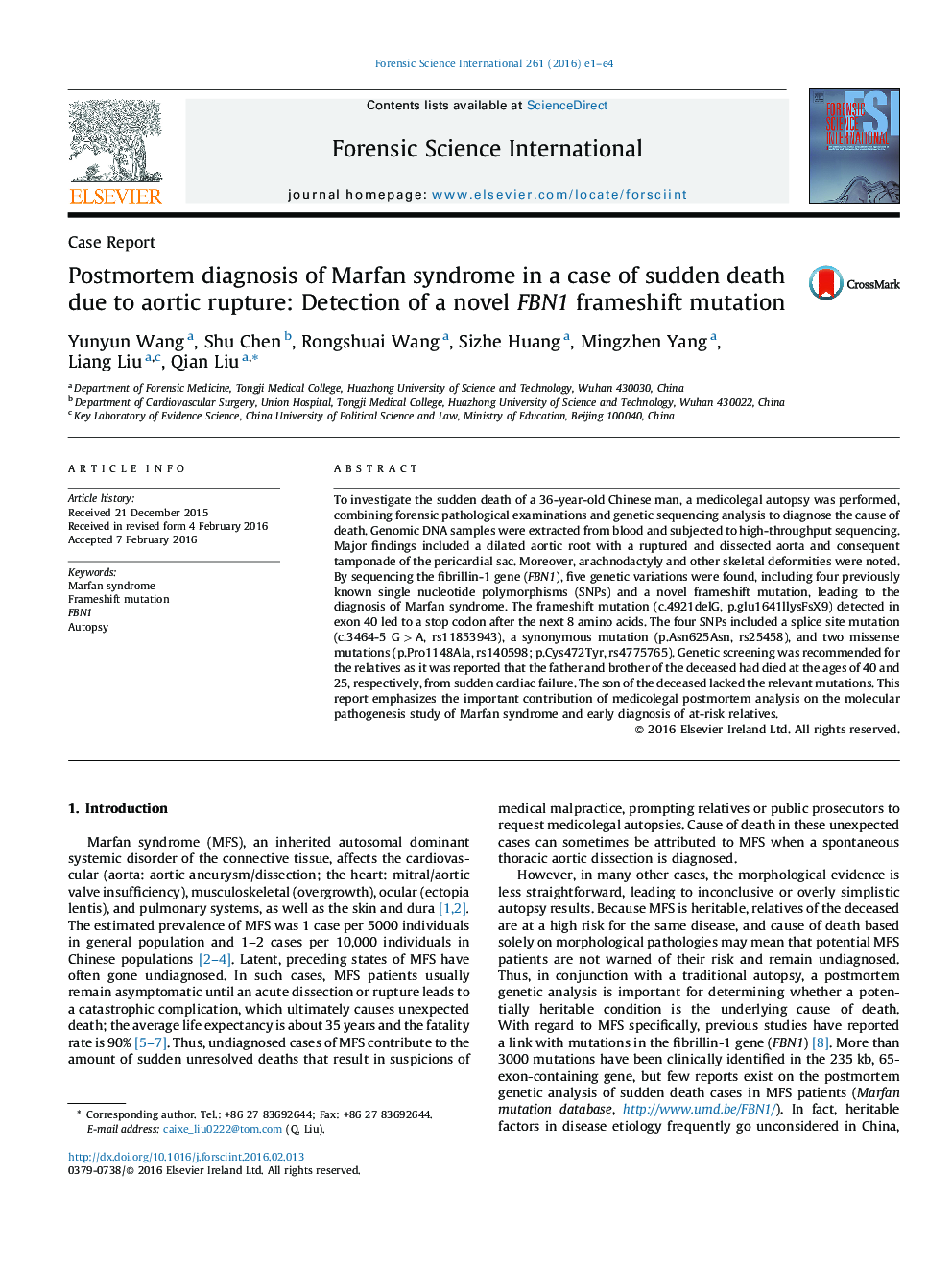 • Medicolegal autopsy of a Chinese man led to a diagnosis of Marfan's syndrome.
• Fibrillin-1 sequencing identified four known SNPs and one novel frameshift mutation.
• Genetic testing revealed that the deceased's son did not carry the mutations.

To investigate the sudden death of a 36-year-old Chinese man, a medicolegal autopsy was performed, combining forensic pathological examinations and genetic sequencing analysis to diagnose the cause of death. Genomic DNA samples were extracted from blood and subjected to high-throughput sequencing. Major findings included a dilated aortic root with a ruptured and dissected aorta and consequent tamponade of the pericardial sac. Moreover, arachnodactyly and other skeletal deformities were noted. By sequencing the fibrillin-1 gene (FBN1), five genetic variations were found, including four previously known single nucleotide polymorphisms (SNPs) and a novel frameshift mutation, leading to the diagnosis of Marfan syndrome. The frameshift mutation (c.4921delG, p.glu1641llysFsX9) detected in exon 40 led to a stop codon after the next 8 amino acids. The four SNPs included a splice site mutation (c.3464-5 G > A, rs11853943), a synonymous mutation (p.Asn625Asn, rs25458), and two missense mutations (p.Pro1148Ala, rs140598; p.Cys472Tyr, rs4775765). Genetic screening was recommended for the relatives as it was reported that the father and brother of the deceased had died at the ages of 40 and 25, respectively, from sudden cardiac failure. The son of the deceased lacked the relevant mutations. This report emphasizes the important contribution of medicolegal postmortem analysis on the molecular pathogenesis study of Marfan syndrome and early diagnosis of at-risk relatives.