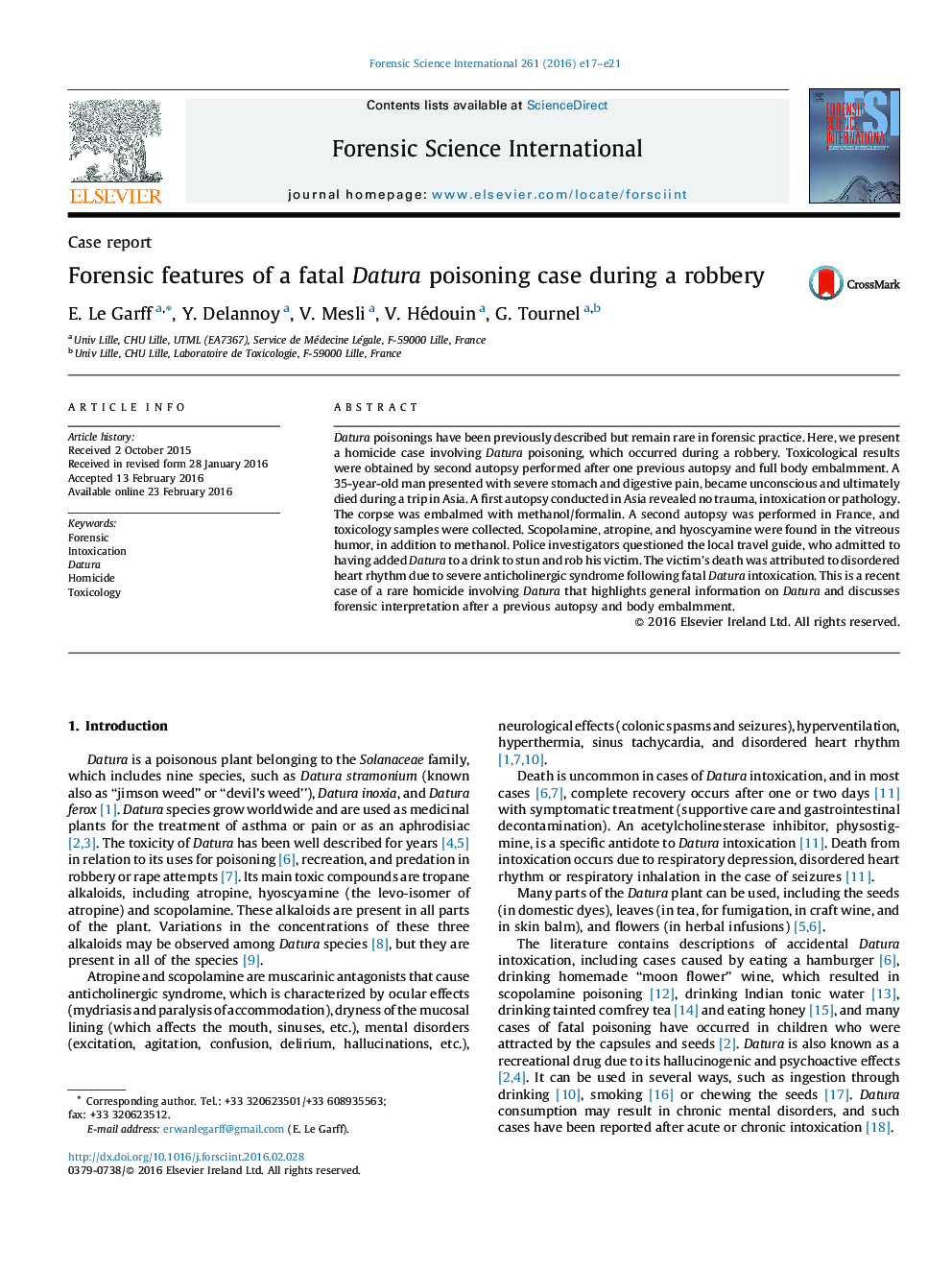 Datura poisonings have been previously described but remain rare in forensic practice. Here, we present a homicide case involving Datura poisoning, which occurred during a robbery. Toxicological results were obtained by second autopsy performed after one previous autopsy and full body embalmment. A 35-year-old man presented with severe stomach and digestive pain, became unconscious and ultimately died during a trip in Asia. A first autopsy conducted in Asia revealed no trauma, intoxication or pathology. The corpse was embalmed with methanol/formalin. A second autopsy was performed in France, and toxicology samples were collected. Scopolamine, atropine, and hyoscyamine were found in the vitreous humor, in addition to methanol. Police investigators questioned the local travel guide, who admitted to having added Datura to a drink to stun and rob his victim. The victim's death was attributed to disordered heart rhythm due to severe anticholinergic syndrome following fatal Datura intoxication. This is a recent case of a rare homicide involving Datura that highlights general information on Datura and discusses forensic interpretation after a previous autopsy and body embalmment.