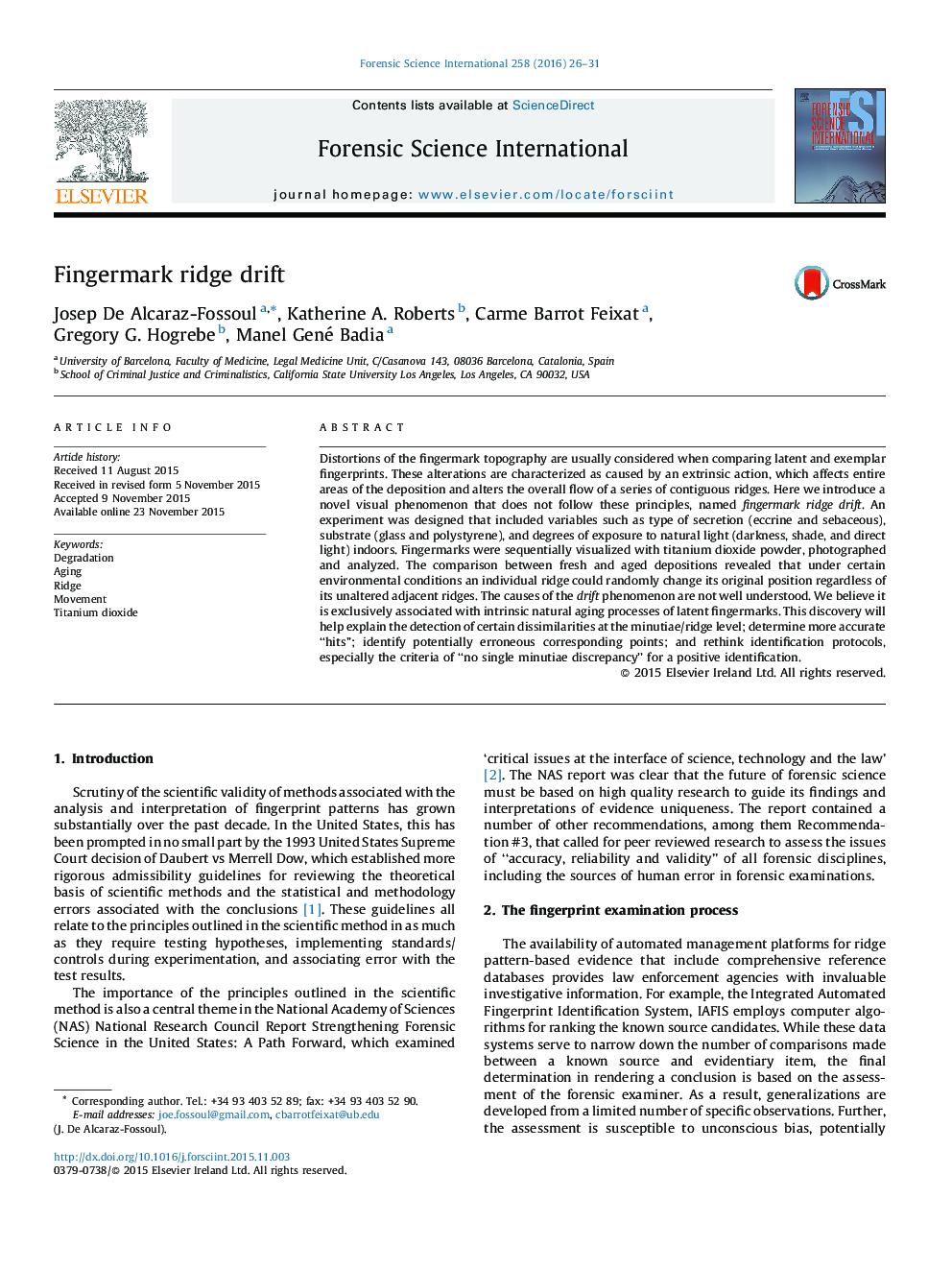 • The natural aging process of latent fingermarks over time has been examined.
• The results show that ridge patterns are naturally modified at the ridge scale.
• The modification of ridge patterns occurs at random.
• The phenomenon described has implications in fingerprint examination processes.
• The ridge alteration is not comparable with image distortions described elsewhere.

Distortions of the fingermark topography are usually considered when comparing latent and exemplar fingerprints. These alterations are characterized as caused by an extrinsic action, which affects entire areas of the deposition and alters the overall flow of a series of contiguous ridges. Here we introduce a novel visual phenomenon that does not follow these principles, named fingermark ridge drift. An experiment was designed that included variables such as type of secretion (eccrine and sebaceous), substrate (glass and polystyrene), and degrees of exposure to natural light (darkness, shade, and direct light) indoors. Fingermarks were sequentially visualized with titanium dioxide powder, photographed and analyzed. The comparison between fresh and aged depositions revealed that under certain environmental conditions an individual ridge could randomly change its original position regardless of its unaltered adjacent ridges. The causes of the drift phenomenon are not well understood. We believe it is exclusively associated with intrinsic natural aging processes of latent fingermarks. This discovery will help explain the detection of certain dissimilarities at the minutiae/ridge level; determine more accurate “hits”; identify potentially erroneous corresponding points; and rethink identification protocols, especially the criteria of “no single minutiae discrepancy” for a positive identification.