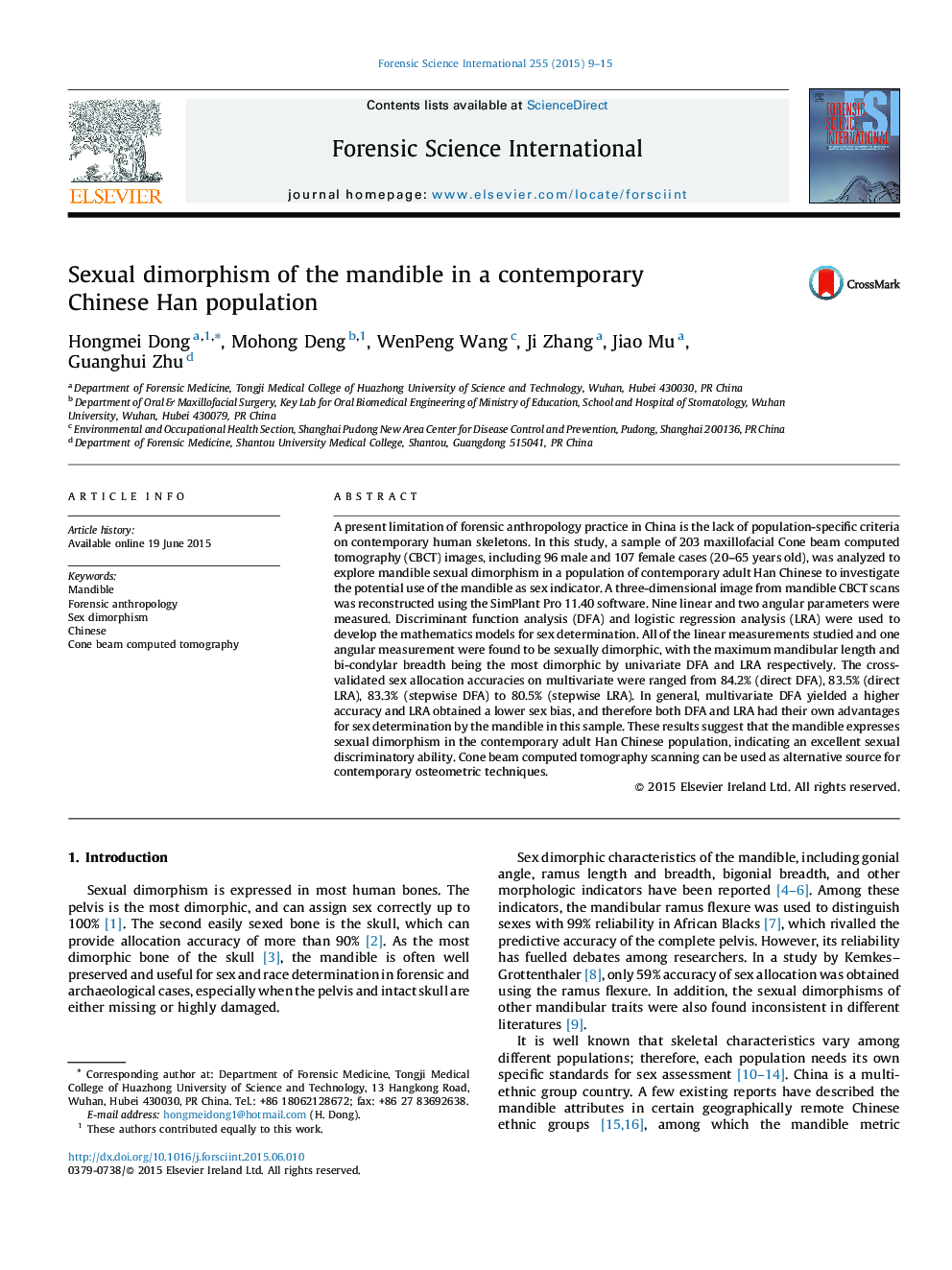 • The mandible is sex-dimorphic in the Han Chinese population.
• The mandible standards can obtain high sex allocation accuracy.
• Both discriminant function analyses and logistic regression analyses are useful for sex classification.
• Three-dimentional images on CBCT can be a quite valuable anthropology data source.

A present limitation of forensic anthropology practice in China is the lack of population-specific criteria on contemporary human skeletons. In this study, a sample of 203 maxillofacial Cone beam computed tomography (CBCT) images, including 96 male and 107 female cases (20–65 years old), was analyzed to explore mandible sexual dimorphism in a population of contemporary adult Han Chinese to investigate the potential use of the mandible as sex indicator. A three-dimensional image from mandible CBCT scans was reconstructed using the SimPlant Pro 11.40 software. Nine linear and two angular parameters were measured. Discriminant function analysis (DFA) and logistic regression analysis (LRA) were used to develop the mathematics models for sex determination. All of the linear measurements studied and one angular measurement were found to be sexually dimorphic, with the maximum mandibular length and bi-condylar breadth being the most dimorphic by univariate DFA and LRA respectively. The cross-validated sex allocation accuracies on multivariate were ranged from 84.2% (direct DFA), 83.5% (direct LRA), 83.3% (stepwise DFA) to 80.5% (stepwise LRA). In general, multivariate DFA yielded a higher accuracy and LRA obtained a lower sex bias, and therefore both DFA and LRA had their own advantages for sex determination by the mandible in this sample. These results suggest that the mandible expresses sexual dimorphism in the contemporary adult Han Chinese population, indicating an excellent sexual discriminatory ability. Cone beam computed tomography scanning can be used as alternative source for contemporary osteometric techniques.