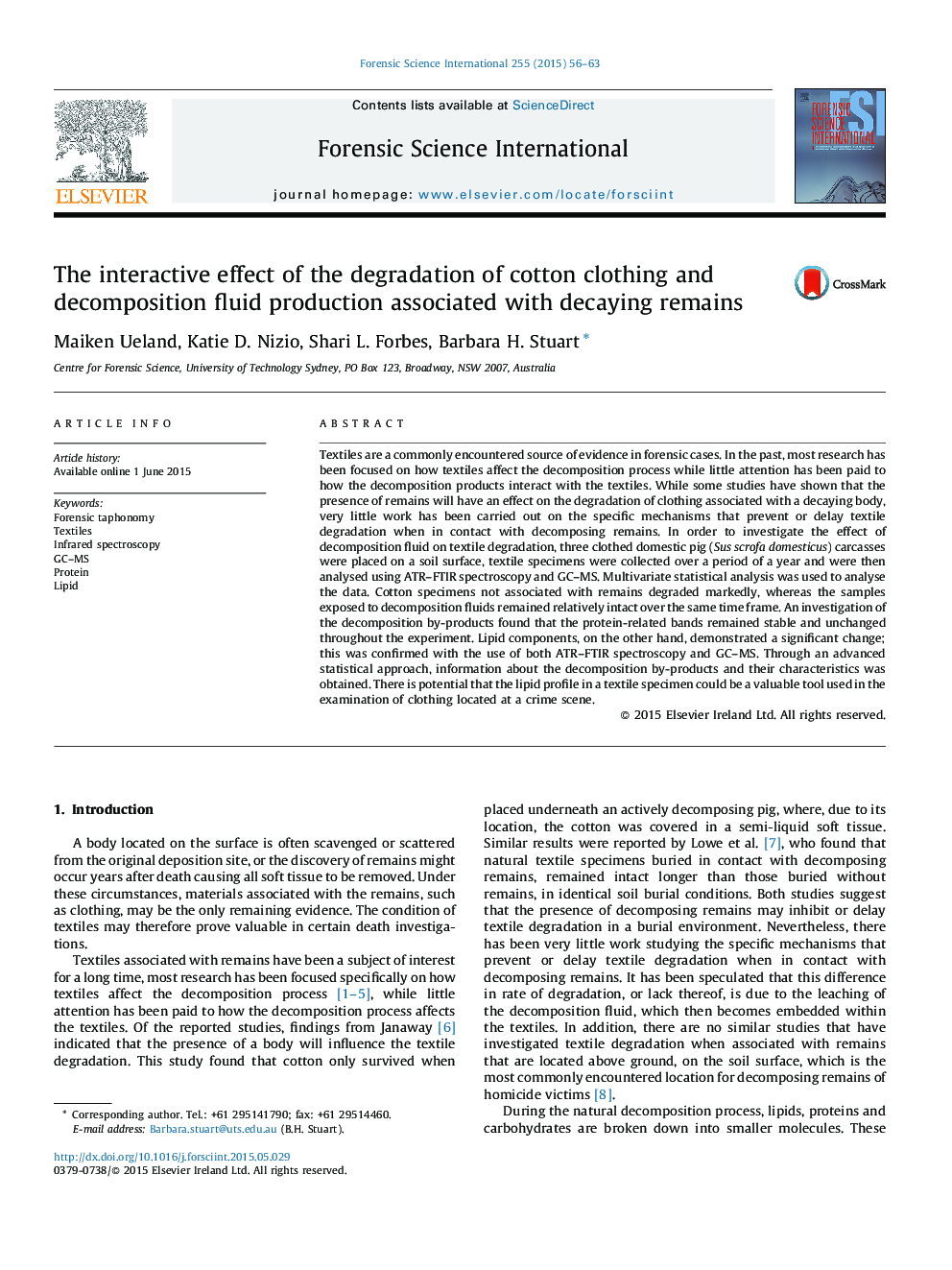 Textiles are a commonly encountered source of evidence in forensic cases. In the past, most research has been focused on how textiles affect the decomposition process while little attention has been paid to how the decomposition products interact with the textiles. While some studies have shown that the presence of remains will have an effect on the degradation of clothing associated with a decaying body, very little work has been carried out on the specific mechanisms that prevent or delay textile degradation when in contact with decomposing remains. In order to investigate the effect of decomposition fluid on textile degradation, three clothed domestic pig (Sus scrofa domesticus) carcasses were placed on a soil surface, textile specimens were collected over a period of a year and were then analysed using ATR–FTIR spectroscopy and GC–MS. Multivariate statistical analysis was used to analyse the data. Cotton specimens not associated with remains degraded markedly, whereas the samples exposed to decomposition fluids remained relatively intact over the same time frame. An investigation of the decomposition by-products found that the protein-related bands remained stable and unchanged throughout the experiment. Lipid components, on the other hand, demonstrated a significant change; this was confirmed with the use of both ATR–FTIR spectroscopy and GC–MS. Through an advanced statistical approach, information about the decomposition by-products and their characteristics was obtained. There is potential that the lipid profile in a textile specimen could be a valuable tool used in the examination of clothing located at a crime scene.