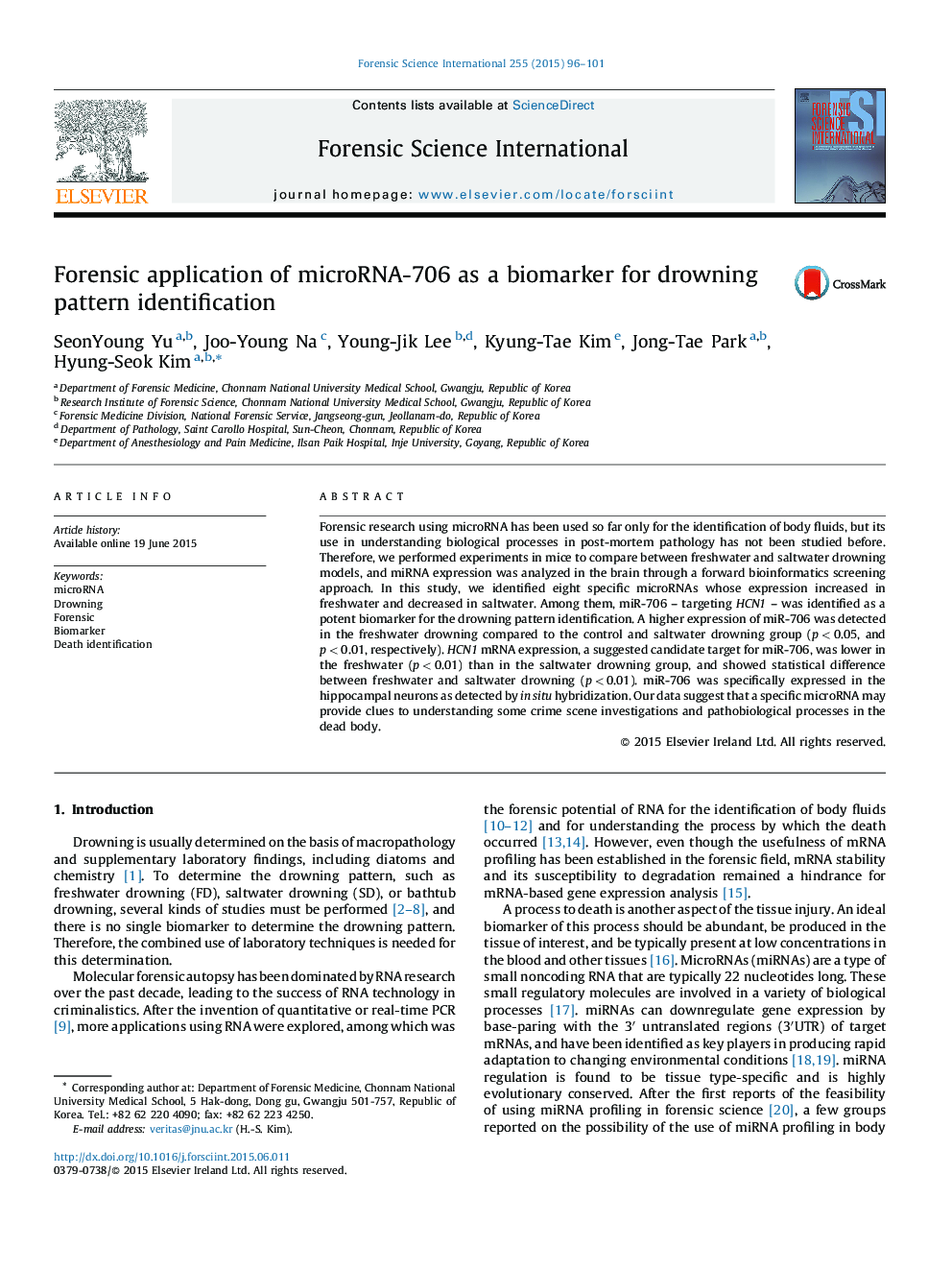 Forensic research using microRNA has been used so far only for the identification of body fluids, but its use in understanding biological processes in post-mortem pathology has not been studied before. Therefore, we performed experiments in mice to compare between freshwater and saltwater drowning models, and miRNA expression was analyzed in the brain through a forward bioinformatics screening approach. In this study, we identified eight specific microRNAs whose expression increased in freshwater and decreased in saltwater. Among them, miR-706 – targeting HCN1 – was identified as a potent biomarker for the drowning pattern identification. A higher expression of miR-706 was detected in the freshwater drowning compared to the control and saltwater drowning group (p < 0.05, and p < 0.01, respectively). HCN1 mRNA expression, a suggested candidate target for miR-706, was lower in the freshwater (p < 0.01) than in the saltwater drowning group, and showed statistical difference between freshwater and saltwater drowning (p < 0.01). miR-706 was specifically expressed in the hippocampal neurons as detected by in situ hybridization. Our data suggest that a specific microRNA may provide clues to understanding some crime scene investigations and pathobiological processes in the dead body.