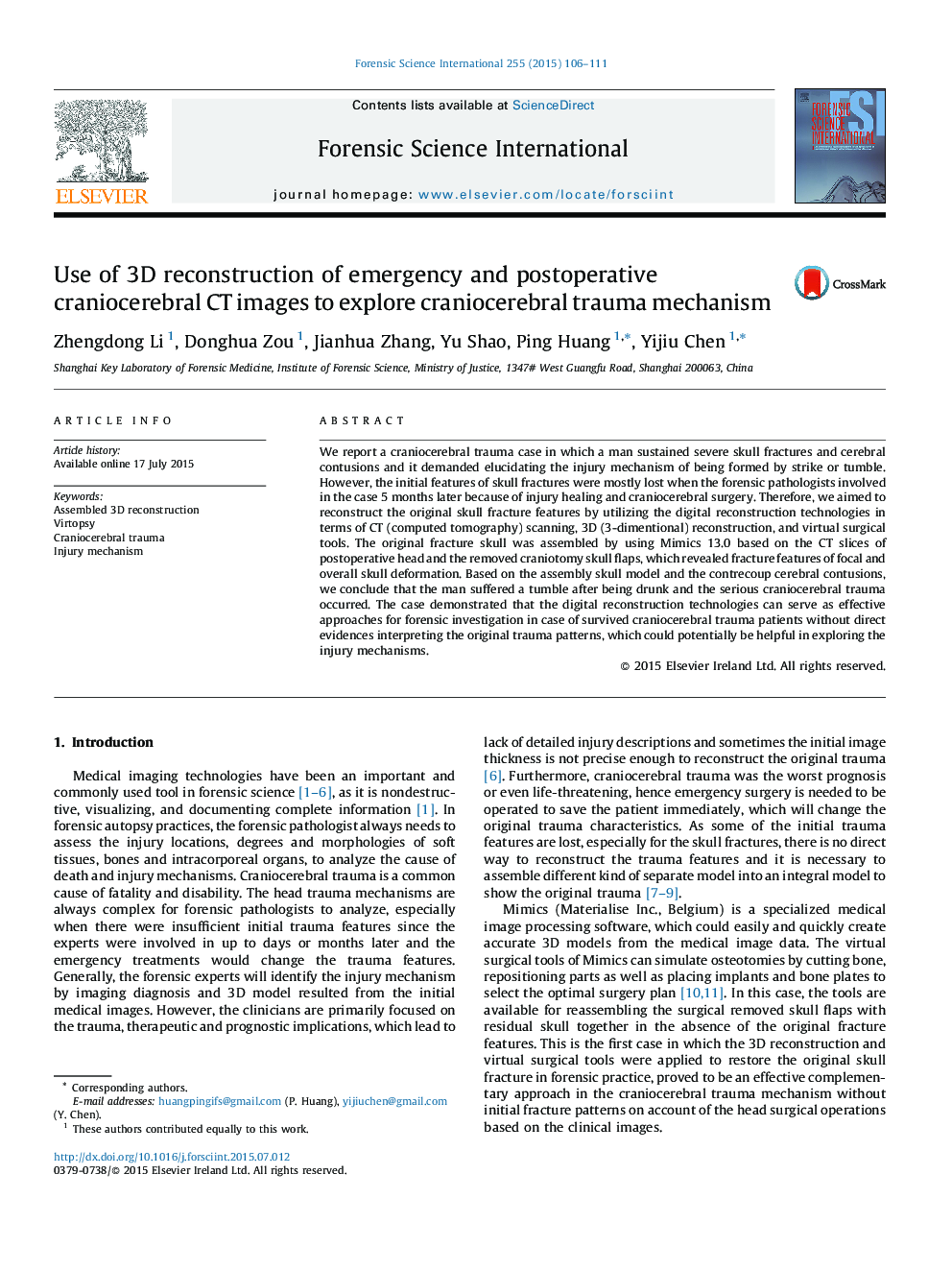 We report a craniocerebral trauma case in which a man sustained severe skull fractures and cerebral contusions and it demanded elucidating the injury mechanism of being formed by strike or tumble. However, the initial features of skull fractures were mostly lost when the forensic pathologists involved in the case 5 months later because of injury healing and craniocerebral surgery. Therefore, we aimed to reconstruct the original skull fracture features by utilizing the digital reconstruction technologies in terms of CT (computed tomography) scanning, 3D (3-dimentional) reconstruction, and virtual surgical tools. The original fracture skull was assembled by using Mimics 13.0 based on the CT slices of postoperative head and the removed craniotomy skull flaps, which revealed fracture features of focal and overall skull deformation. Based on the assembly skull model and the contrecoup cerebral contusions, we conclude that the man suffered a tumble after being drunk and the serious craniocerebral trauma occurred. The case demonstrated that the digital reconstruction technologies can serve as effective approaches for forensic investigation in case of survived craniocerebral trauma patients without direct evidences interpreting the original trauma patterns, which could potentially be helpful in exploring the injury mechanisms.