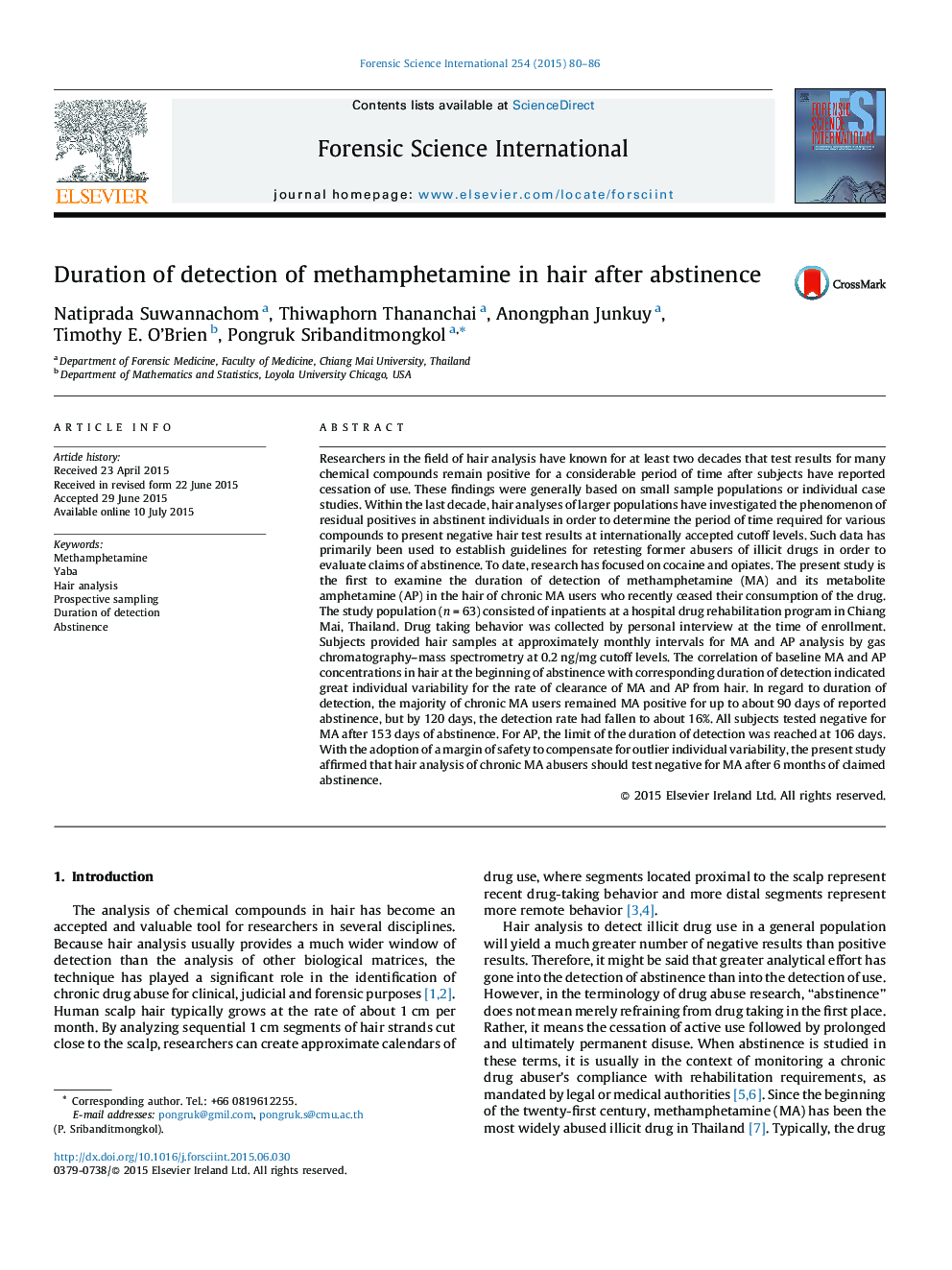 Researchers in the field of hair analysis have known for at least two decades that test results for many chemical compounds remain positive for a considerable period of time after subjects have reported cessation of use. These findings were generally based on small sample populations or individual case studies. Within the last decade, hair analyses of larger populations have investigated the phenomenon of residual positives in abstinent individuals in order to determine the period of time required for various compounds to present negative hair test results at internationally accepted cutoff levels. Such data has primarily been used to establish guidelines for retesting former abusers of illicit drugs in order to evaluate claims of abstinence. To date, research has focused on cocaine and opiates. The present study is the first to examine the duration of detection of methamphetamine (MA) and its metabolite amphetamine (AP) in the hair of chronic MA users who recently ceased their consumption of the drug. The study population (n = 63) consisted of inpatients at a hospital drug rehabilitation program in Chiang Mai, Thailand. Drug taking behavior was collected by personal interview at the time of enrollment. Subjects provided hair samples at approximately monthly intervals for MA and AP analysis by gas chromatography–mass spectrometry at 0.2 ng/mg cutoff levels. The correlation of baseline MA and AP concentrations in hair at the beginning of abstinence with corresponding duration of detection indicated great individual variability for the rate of clearance of MA and AP from hair. In regard to duration of detection, the majority of chronic MA users remained MA positive for up to about 90 days of reported abstinence, but by 120 days, the detection rate had fallen to about 16%. All subjects tested negative for MA after 153 days of abstinence. For AP, the limit of the duration of detection was reached at 106 days. With the adoption of a margin of safety to compensate for outlier individual variability, the present study affirmed that hair analysis of chronic MA abusers should test negative for MA after 6 months of claimed abstinence.