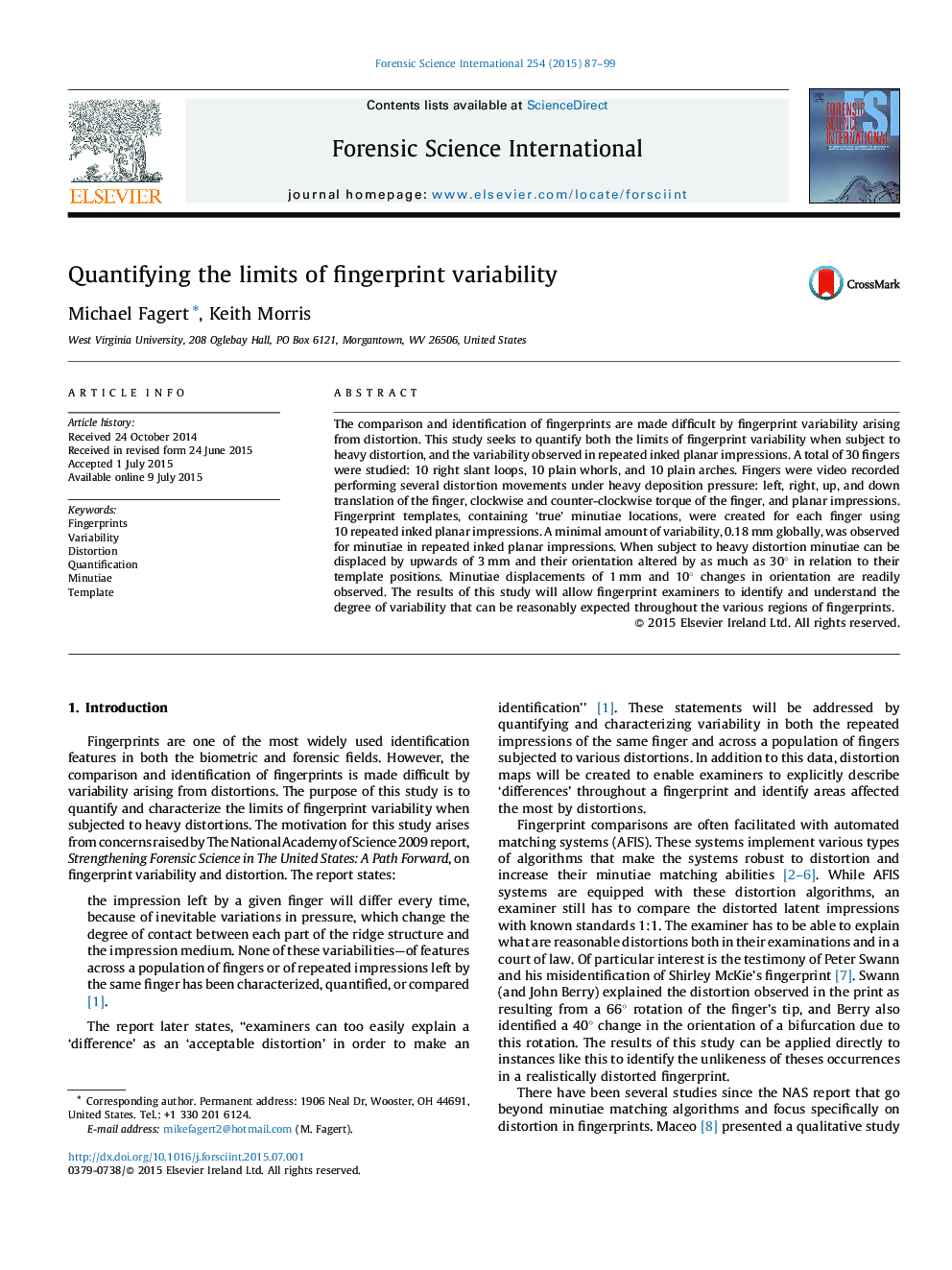 The comparison and identification of fingerprints are made difficult by fingerprint variability arising from distortion. This study seeks to quantify both the limits of fingerprint variability when subject to heavy distortion, and the variability observed in repeated inked planar impressions. A total of 30 fingers were studied: 10 right slant loops, 10 plain whorls, and 10 plain arches. Fingers were video recorded performing several distortion movements under heavy deposition pressure: left, right, up, and down translation of the finger, clockwise and counter-clockwise torque of the finger, and planar impressions. Fingerprint templates, containing ‘true’ minutiae locations, were created for each finger using 10 repeated inked planar impressions. A minimal amount of variability, 0.18 mm globally, was observed for minutiae in repeated inked planar impressions. When subject to heavy distortion minutiae can be displaced by upwards of 3 mm and their orientation altered by as much as 30° in relation to their template positions. Minutiae displacements of 1 mm and 10° changes in orientation are readily observed. The results of this study will allow fingerprint examiners to identify and understand the degree of variability that can be reasonably expected throughout the various regions of fingerprints.