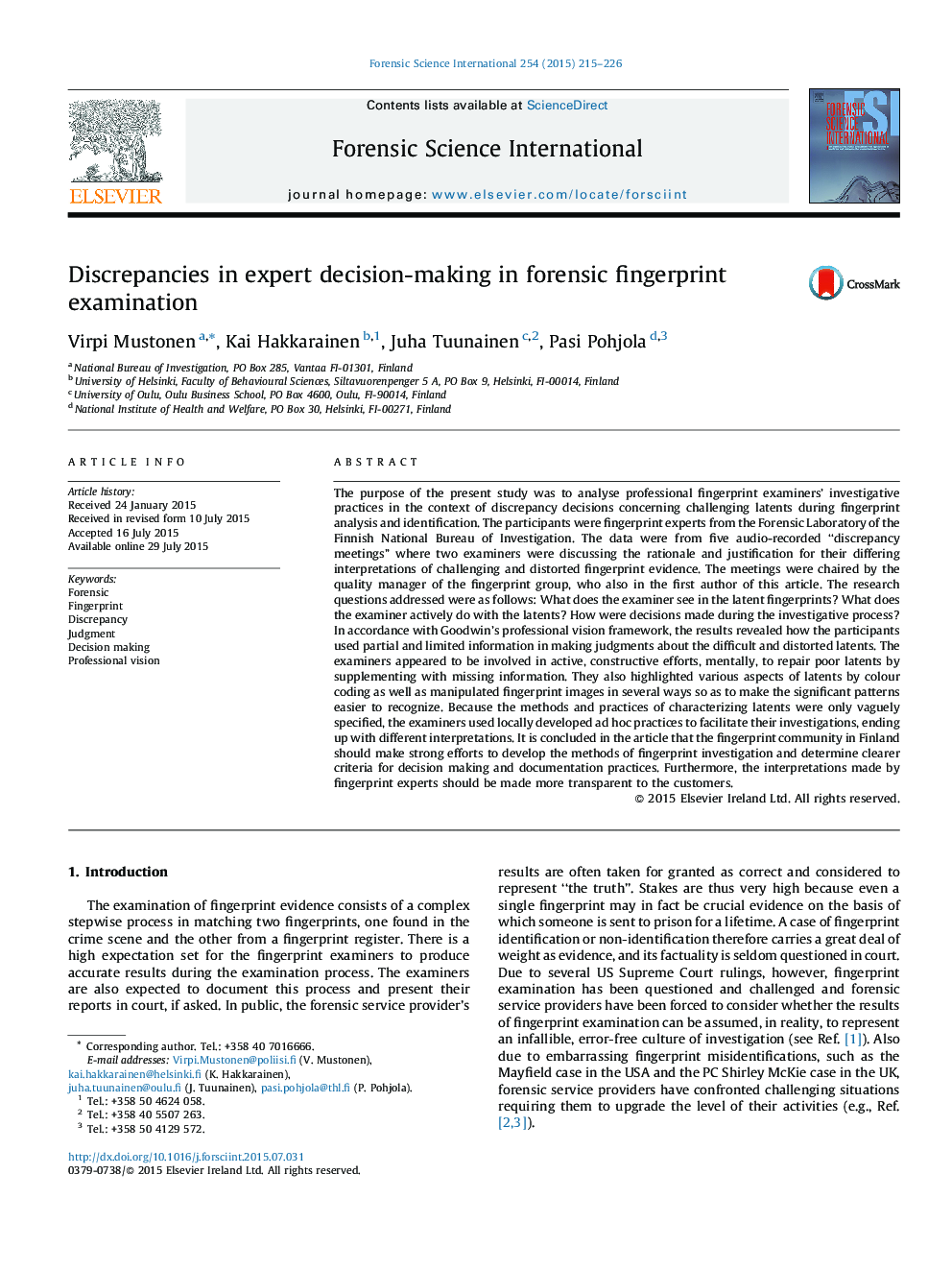 The purpose of the present study was to analyse professional fingerprint examiners’ investigative practices in the context of discrepancy decisions concerning challenging latents during fingerprint analysis and identification. The participants were fingerprint experts from the Forensic Laboratory of the Finnish National Bureau of Investigation. The data were from five audio-recorded “discrepancy meetings” where two examiners were discussing the rationale and justification for their differing interpretations of challenging and distorted fingerprint evidence. The meetings were chaired by the quality manager of the fingerprint group, who also in the first author of this article. The research questions addressed were as follows: What does the examiner see in the latent fingerprints? What does the examiner actively do with the latents? How were decisions made during the investigative process? In accordance with Goodwin's professional vision framework, the results revealed how the participants used partial and limited information in making judgments about the difficult and distorted latents. The examiners appeared to be involved in active, constructive efforts, mentally, to repair poor latents by supplementing with missing information. They also highlighted various aspects of latents by colour coding as well as manipulated fingerprint images in several ways so as to make the significant patterns easier to recognize. Because the methods and practices of characterizing latents were only vaguely specified, the examiners used locally developed ad hoc practices to facilitate their investigations, ending up with different interpretations. It is concluded in the article that the fingerprint community in Finland should make strong efforts to develop the methods of fingerprint investigation and determine clearer criteria for decision making and documentation practices. Furthermore, the interpretations made by fingerprint experts should be made more transparent to the customers.