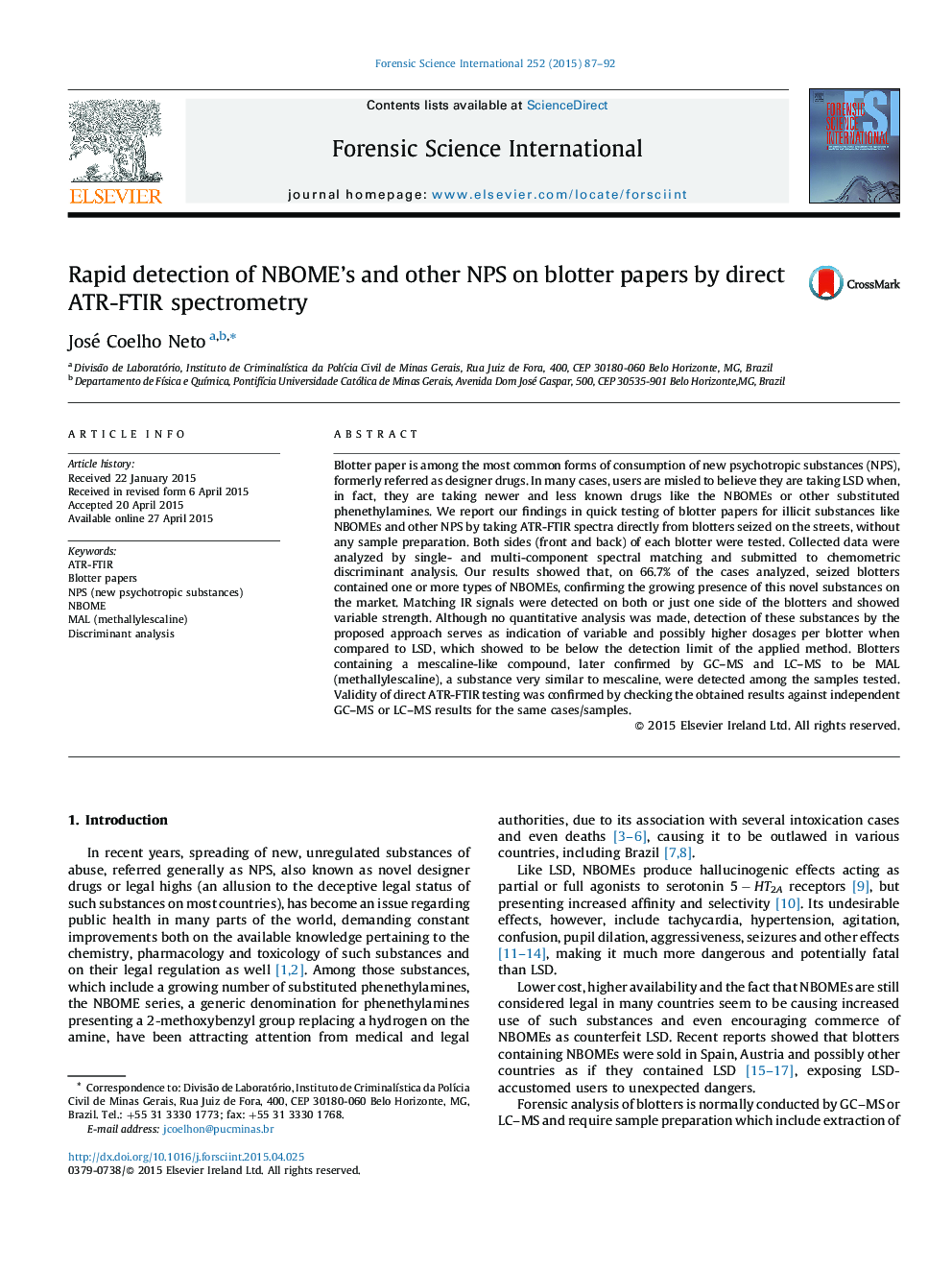 Blotter paper is among the most common forms of consumption of new psychotropic substances (NPS), formerly referred as designer drugs. In many cases, users are misled to believe they are taking LSD when, in fact, they are taking newer and less known drugs like the NBOMEs or other substituted phenethylamines. We report our findings in quick testing of blotter papers for illicit substances like NBOMEs and other NPS by taking ATR-FTIR spectra directly from blotters seized on the streets, without any sample preparation. Both sides (front and back) of each blotter were tested. Collected data were analyzed by single- and multi-component spectral matching and submitted to chemometric discriminant analysis. Our results showed that, on 66.7% of the cases analyzed, seized blotters contained one or more types of NBOMEs, confirming the growing presence of this novel substances on the market. Matching IR signals were detected on both or just one side of the blotters and showed variable strength. Although no quantitative analysis was made, detection of these substances by the proposed approach serves as indication of variable and possibly higher dosages per blotter when compared to LSD, which showed to be below the detection limit of the applied method. Blotters containing a mescaline-like compound, later confirmed by GC–MS and LC–MS to be MAL (methallylescaline), a substance very similar to mescaline, were detected among the samples tested. Validity of direct ATR-FTIR testing was confirmed by checking the obtained results against independent GC–MS or LC–MS results for the same cases/samples.