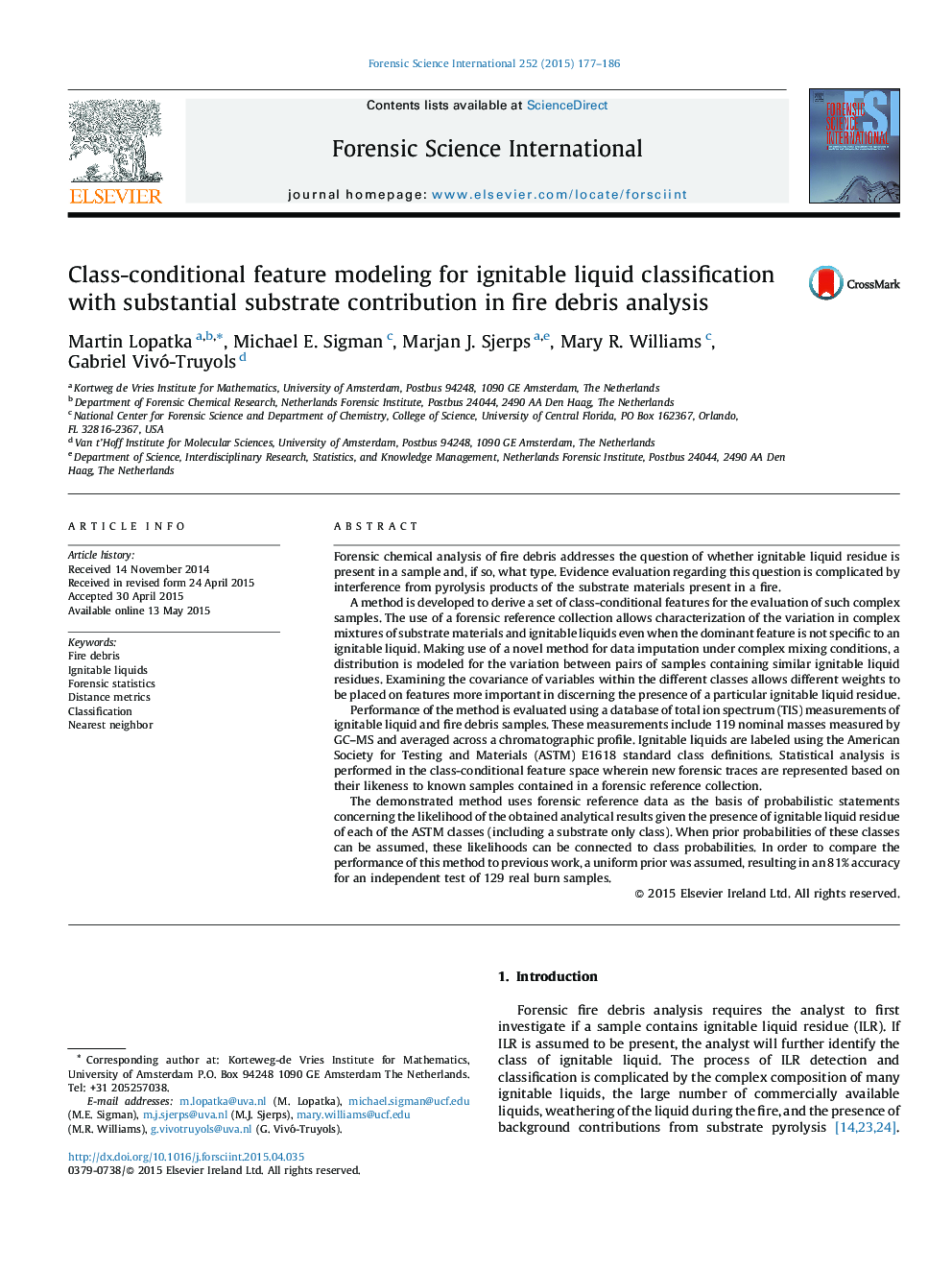 Forensic chemical analysis of fire debris addresses the question of whether ignitable liquid residue is present in a sample and, if so, what type. Evidence evaluation regarding this question is complicated by interference from pyrolysis products of the substrate materials present in a fire.A method is developed to derive a set of class-conditional features for the evaluation of such complex samples. The use of a forensic reference collection allows characterization of the variation in complex mixtures of substrate materials and ignitable liquids even when the dominant feature is not specific to an ignitable liquid. Making use of a novel method for data imputation under complex mixing conditions, a distribution is modeled for the variation between pairs of samples containing similar ignitable liquid residues. Examining the covariance of variables within the different classes allows different weights to be placed on features more important in discerning the presence of a particular ignitable liquid residue.Performance of the method is evaluated using a database of total ion spectrum (TIS) measurements of ignitable liquid and fire debris samples. These measurements include 119 nominal masses measured by GC–MS and averaged across a chromatographic profile. Ignitable liquids are labeled using the American Society for Testing and Materials (ASTM) E1618 standard class definitions. Statistical analysis is performed in the class-conditional feature space wherein new forensic traces are represented based on their likeness to known samples contained in a forensic reference collection.The demonstrated method uses forensic reference data as the basis of probabilistic statements concerning the likelihood of the obtained analytical results given the presence of ignitable liquid residue of each of the ASTM classes (including a substrate only class). When prior probabilities of these classes can be assumed, these likelihoods can be connected to class probabilities. In order to compare the performance of this method to previous work, a uniform prior was assumed, resulting in an 81% accuracy for an independent test of 129 real burn samples.