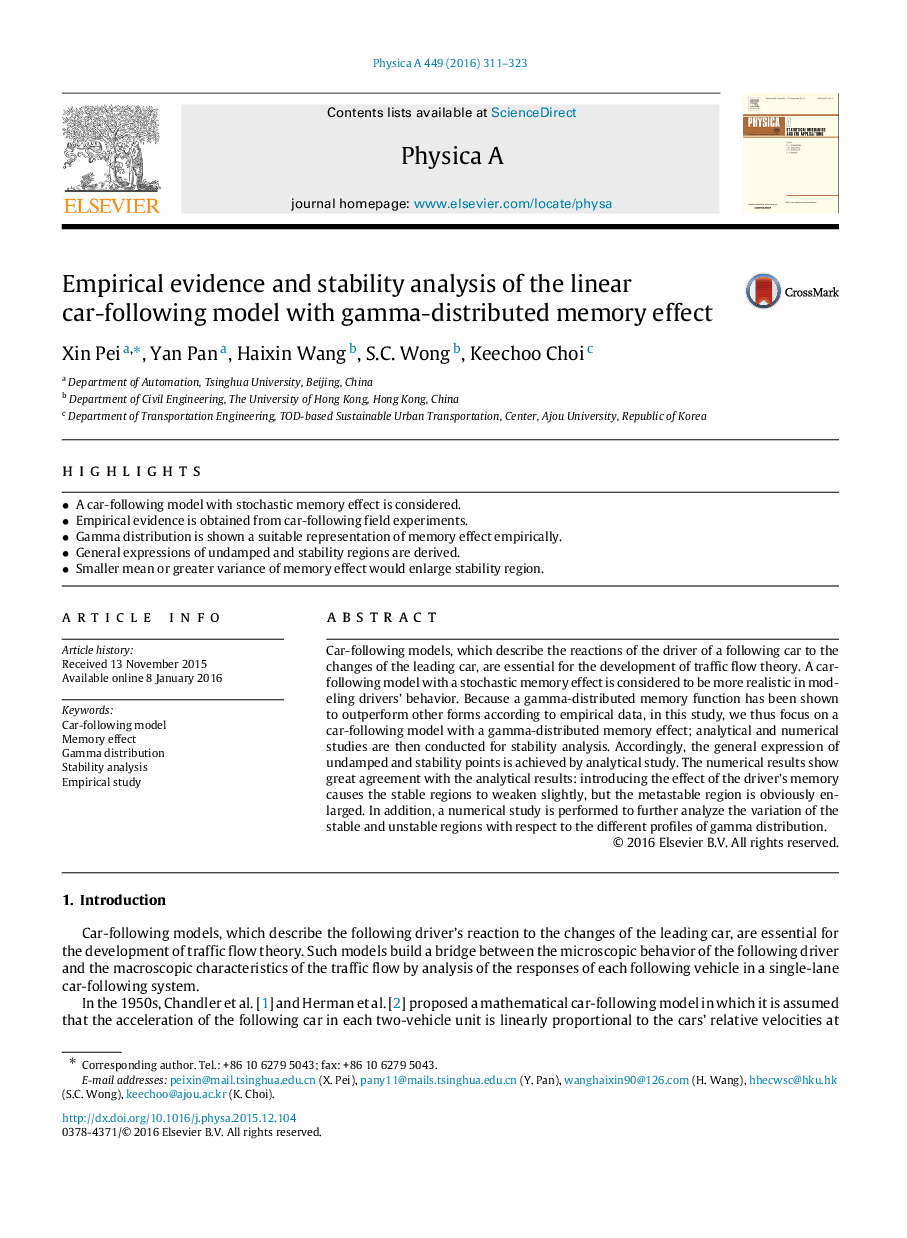 Car-following models, which describe the reactions of the driver of a following car to the changes of the leading car, are essential for the development of traffic flow theory. A car-following model with a stochastic memory effect is considered to be more realistic in modeling drivers’ behavior. Because a gamma-distributed memory function has been shown to outperform other forms according to empirical data, in this study, we thus focus on a car-following model with a gamma-distributed memory effect; analytical and numerical studies are then conducted for stability analysis. Accordingly, the general expression of undamped and stability points is achieved by analytical study. The numerical results show great agreement with the analytical results: introducing the effect of the driver’s memory causes the stable regions to weaken slightly, but the metastable region is obviously enlarged. In addition, a numerical study is performed to further analyze the variation of the stable and unstable regions with respect to the different profiles of gamma distribution.