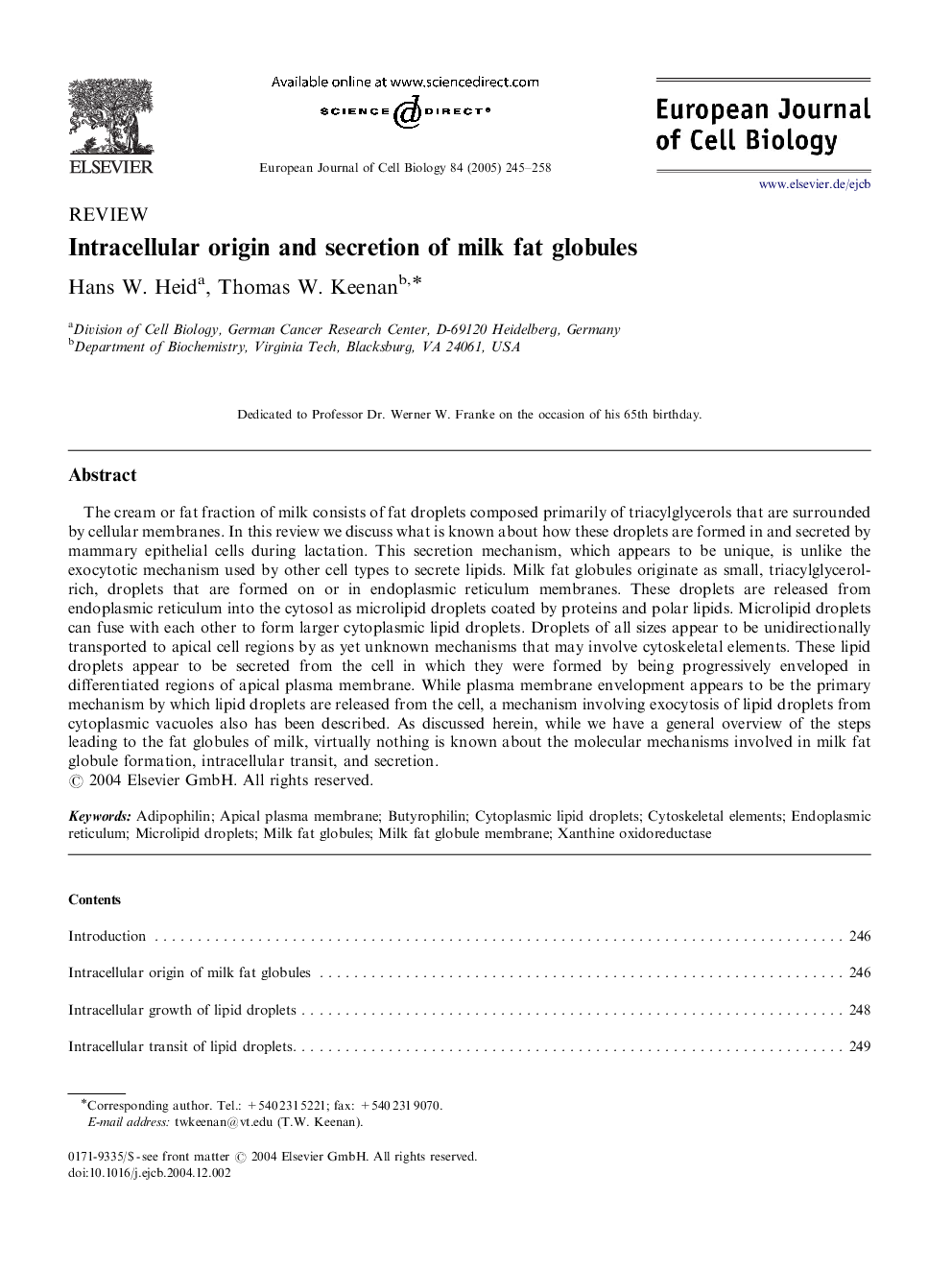 چکیده انگلیسی
The cream or fat fraction of milk consists of fat droplets composed primarily of triacylglycerols that are surrounded by cellular membranes. In this review we discuss what is known about how these droplets are formed in and secreted by mammary epithelial cells during lactation. This secretion mechanism, which appears to be unique, is unlike the exocytotic mechanism used by other cell types to secrete lipids. Milk fat globules originate as small, triacylglycerol-rich, droplets that are formed on or in endoplasmic reticulum membranes. These droplets are released from endoplasmic reticulum into the cytosol as microlipid droplets coated by proteins and polar lipids. Microlipid droplets can fuse with each other to form larger cytoplasmic lipid droplets. Droplets of all sizes appear to be unidirectionally transported to apical cell regions by as yet unknown mechanisms that may involve cytoskeletal elements. These lipid droplets appear to be secreted from the cell in which they were formed by being progressively enveloped in differentiated regions of apical plasma membrane. While plasma membrane envelopment appears to be the primary mechanism by which lipid droplets are released from the cell, a mechanism involving exocytosis of lipid droplets from cytoplasmic vacuoles also has been described. As discussed herein, while we have a general overview of the steps leading to the fat globules of milk, virtually nothing is known about the molecular mechanisms involved in milk fat globule formation, intracellular transit, and secretion.
ناشر
Database: Elsevier - ScienceDirect (ساینس دایرکت)
Journal: European Journal of Cell Biology - Volume 84, Issues 2â3, 9 March 2005, Pages 245-258
نویسندگان
Hans W. Heid, Thomas W. Keenan,
دانلود مقاله + سفارش ترجمه
دانلود مقاله ISI انگلیسی
رایگان برای ایرانیان
سفارش ترجمه تخصصی
با تضمین قیمت و کیفیت
منتشر شده در