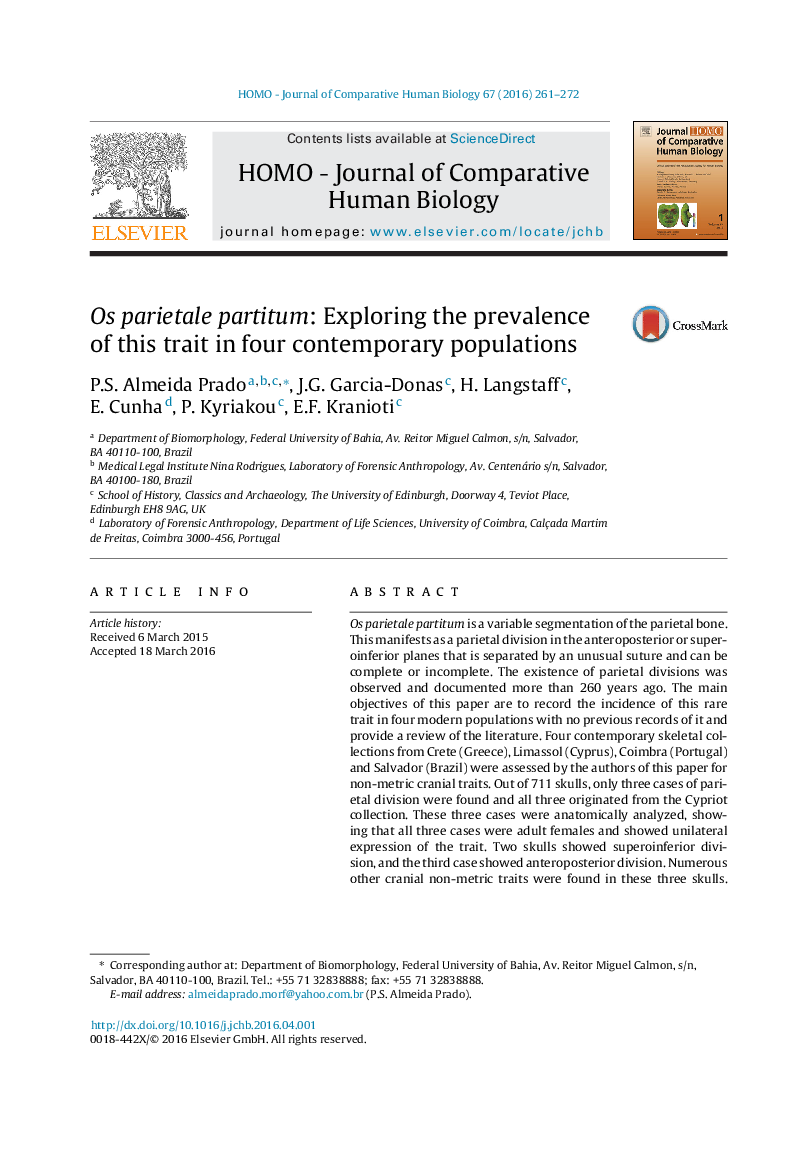 Os parietale partitum is a variable segmentation of the parietal bone. This manifests as a parietal division in the anteroposterior or superoinferior planes that is separated by an unusual suture and can be complete or incomplete. The existence of parietal divisions was observed and documented more than 260 years ago. The main objectives of this paper are to record the incidence of this rare trait in four modern populations with no previous records of it and provide a review of the literature. Four contemporary skeletal collections from Crete (Greece), Limassol (Cyprus), Coimbra (Portugal) and Salvador (Brazil) were assessed by the authors of this paper for non-metric cranial traits. Out of 711 skulls, only three cases of parietal division were found and all three originated from the Cypriot collection. These three cases were anatomically analyzed, showing that all three cases were adult females and showed unilateral expression of the trait. Two skulls showed superoinferior division, and the third case showed anteroposterior division. Numerous other cranial non-metric traits were found in these three skulls. Based on the cemetery archives, there seems to be no genetic link between the individuals bearing this trait. Further genetic analysis is suggested in order to verify this conclusion.