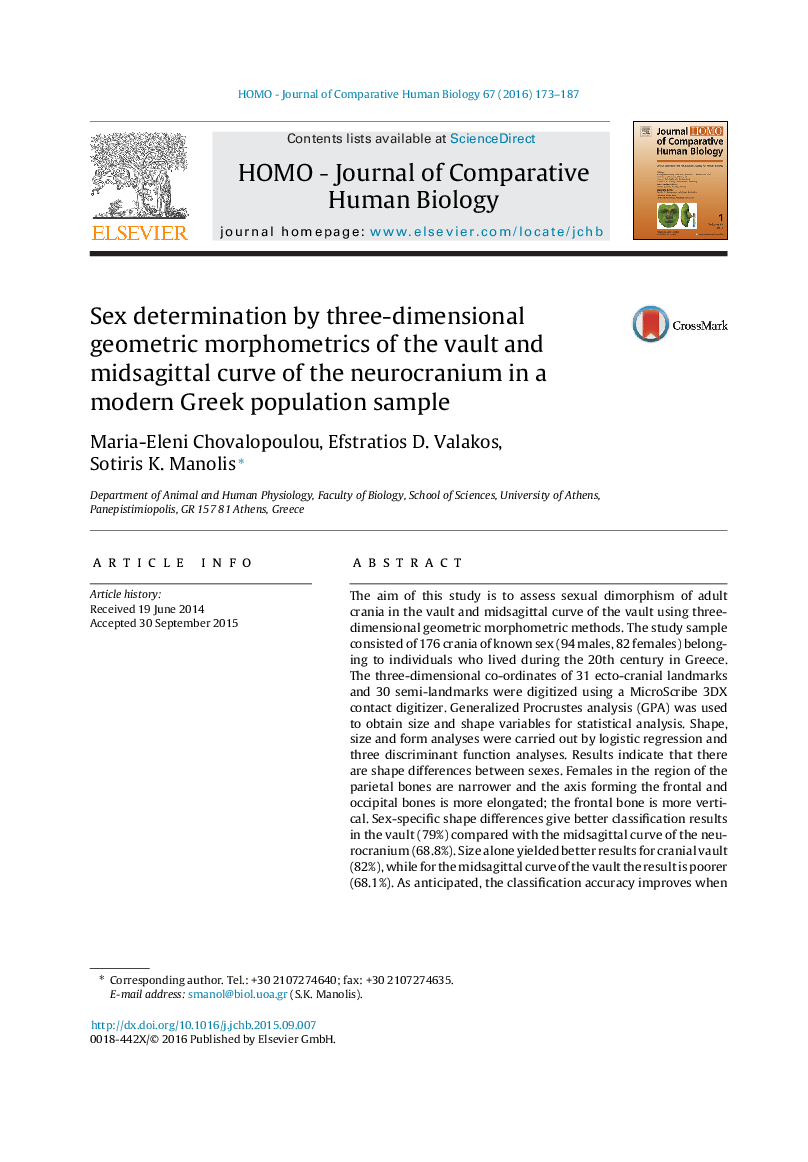 The aim of this study is to assess sexual dimorphism of adult crania in the vault and midsagittal curve of the vault using three-dimensional geometric morphometric methods. The study sample consisted of 176 crania of known sex (94 males, 82 females) belonging to individuals who lived during the 20th century in Greece. The three-dimensional co-ordinates of 31 ecto-cranial landmarks and 30 semi-landmarks were digitized using a MicroScribe 3DX contact digitizer. Generalized Procrustes analysis (GPA) was used to obtain size and shape variables for statistical analysis. Shape, size and form analyses were carried out by logistic regression and three discriminant function analyses. Results indicate that there are shape differences between sexes. Females in the region of the parietal bones are narrower and the axis forming the frontal and occipital bones is more elongated; the frontal bone is more vertical. Sex-specific shape differences give better classification results in the vault (79%) compared with the midsagittal curve of the neurocranium (68.8%). Size alone yielded better results for cranial vault (82%), while for the midsagittal curve of the vault the result is poorer (68.1%). As anticipated, the classification accuracy improves when both size and shape are combined (89.2% for vault, and 79.4% for midsagittal curve of the vault). These latter findings imply that, in contrast to the midsagittal curve of the neurocranium, the shape of the cranial vault can be used as an indicator of sex in the modern Greek population.