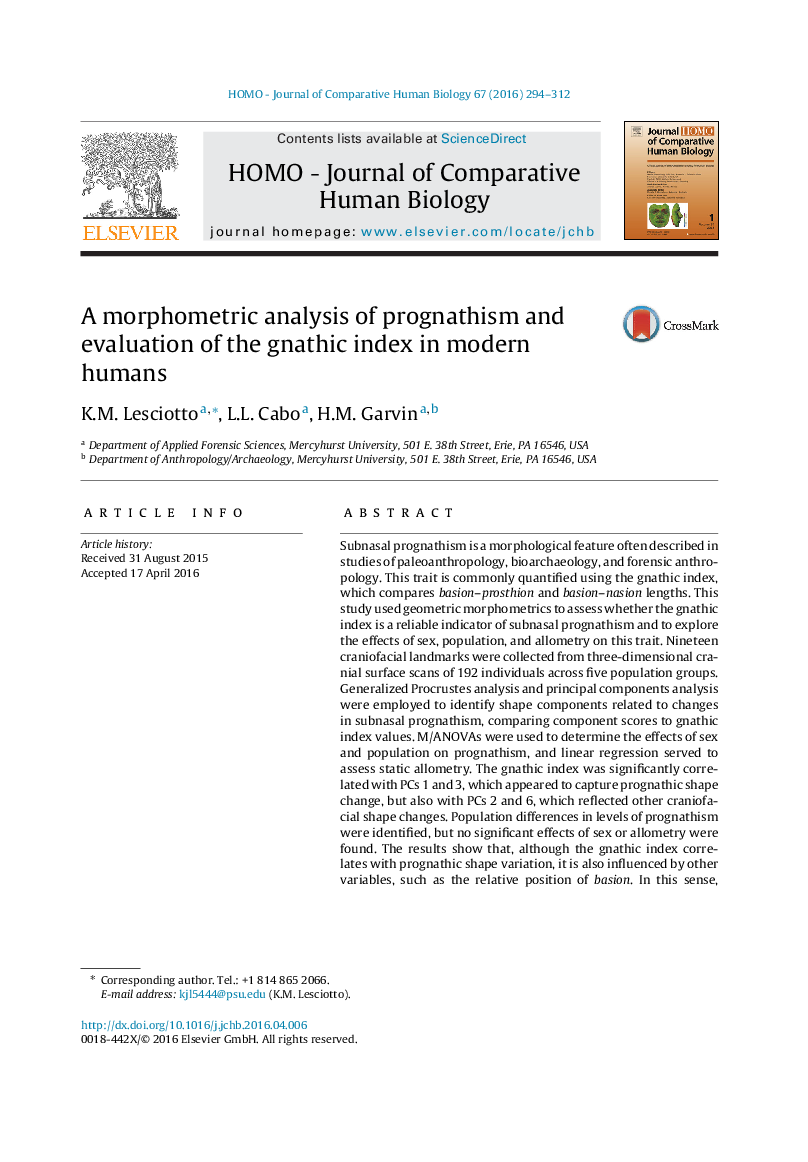 Subnasal prognathism is a morphological feature often described in studies of paleoanthropology, bioarchaeology, and forensic anthropology. This trait is commonly quantified using the gnathic index, which compares basion–prosthion and basion–nasion lengths. This study used geometric morphometrics to assess whether the gnathic index is a reliable indicator of subnasal prognathism and to explore the effects of sex, population, and allometry on this trait. Nineteen craniofacial landmarks were collected from three-dimensional cranial surface scans of 192 individuals across five population groups. Generalized Procrustes analysis and principal components analysis were employed to identify shape components related to changes in subnasal prognathism, comparing component scores to gnathic index values. M/ANOVAs were used to determine the effects of sex and population on prognathism, and linear regression served to assess static allometry. The gnathic index was significantly correlated with PCs 1 and 3, which appeared to capture prognathic shape change, but also with PCs 2 and 6, which reflected other craniofacial shape changes. Population differences in levels of prognathism were identified, but no significant effects of sex or allometry were found. The results show that, although the gnathic index correlates with prognathic shape variation, it is also influenced by other variables, such as the relative position of basion. In this sense, the gnathic index serves to illustrate the shortcomings of linear measurement analysis as compared to landmark configurations. Further, the results demonstrate that subnasal prognathism is a complex feature in need of redefinition.